Akagi picked this swimsuit after much consideration~ How is it, Commander? Has your love for Akagi deepened?

Another day, another Azur Lane figure. This time, we're looking at a Summer variant of Akagi—originating from an aircraft carrier in the Imperial Japanese Navy. As a Japanese ship girl, she naturally must include fox ears and nine tails. Oh, and she ara aras.

Introducing Wave's 1/8 scale of Akagi in her Paradise Amaryllis skin, part of their Dream Tech line of anime figures. I've generally had a streak of not buying 1/8 scale figures in recent times because they're just a bit too small in my opinion. This figure was the first in a while to break that, and let me tell you why.

Standing around 24cm, Akagi's voluptuous sculpt is immediately apparent. Wave really nailed the finer details of her anatomy in this regard, giving Akagi line-abs to accentuate her thin waist and wide hips. The translucent red pareo is also executed pretty well—and we're able to very faintly see Akagi's bikini-bottoms through it. Talking about things we can see through, the ends of her hair have been moulded to be both a different shade of red, and slightly translucent.

Perhaps we should also comment on the pose Wave chose to put Akagi in. She appears to be leaning forward slightly whilst also squeezing her chest with her left arm—nice.

As we take a closer look at her face, I'm sure you've noticed something a bit different. . .

Isn't Akagi's neck a bit long on this figure? If you were forunate enough to not have noticed, then I apologise because it's probably something you can't unsee. Now if we refer back to the source material, I guess we could say that Akagi's neck is quite long there too. To be honest I'm not too bothered by this, but it does mean that you need to be very careful about the angle that you display/shoot her. Let's show a more appealing angle, shall we?

Big difference right? Much nicer, if I do say so myself.

Herein lies why I think this figure is so great—and it surprisingly isn't her other assets. . . it's the areas above her chest! The way that her right hand has been posed expressively near her mouth, it's almost as if you can hear her say:

Wave also ensured to include quite a high amount of detail for Akagi's mouth. How often do you see teeth!?

Admittedly, the paintwork on her hair and fox ears are a bit rough. I don't see this as a huge issue however since the 1/8 scale makes it harder to notice unless you look really closely. The red ribbon on her hair also could be better.

Ok let's get down to business.

Sliding downards, we can see the string on her swimsuit droop over her left arm—definitely accentuating her size. Akagi has a highly pronounced hourglass figure, and Wave has definitely obliged with their sculpt of her thin waist and wide hips.

This alongside the contrast of red, black and Akagi's fair complexion are quite visually striking; especially as her black bikini-bottoms peek out from behind her red pareo (not without some pretty deep skindentation of course).

We're beginning to head into lewd territory here so thankfully that red pareo is there is keep things PG!

The lyrics don't exactly apply here, but you can't deny that Akagi is quite stacked! Moving on—

Akagi's base has her standard "red landing-strip" common to her other figures, characterisc of an aircraft carrier. There isn't really much to comment about it except that it's functional and remains consistent to her original artwork, which is good enough for a base.

And that brings us to the end of this figure review. As I had previously mentioned at the beginning of this review, I don't really buy 1/8 scale figures these days because I'm not too fond of their small size. Infact, I didn't have this one pre-ordered.

This figure in particular however is an excellent rendition of Akagi in her summer skin and is a lot more expressive than I had initially thought it would be. Overall execution from top to bottom definitely exeeced my expectations and I'm glad that I picked her up shortly after release! 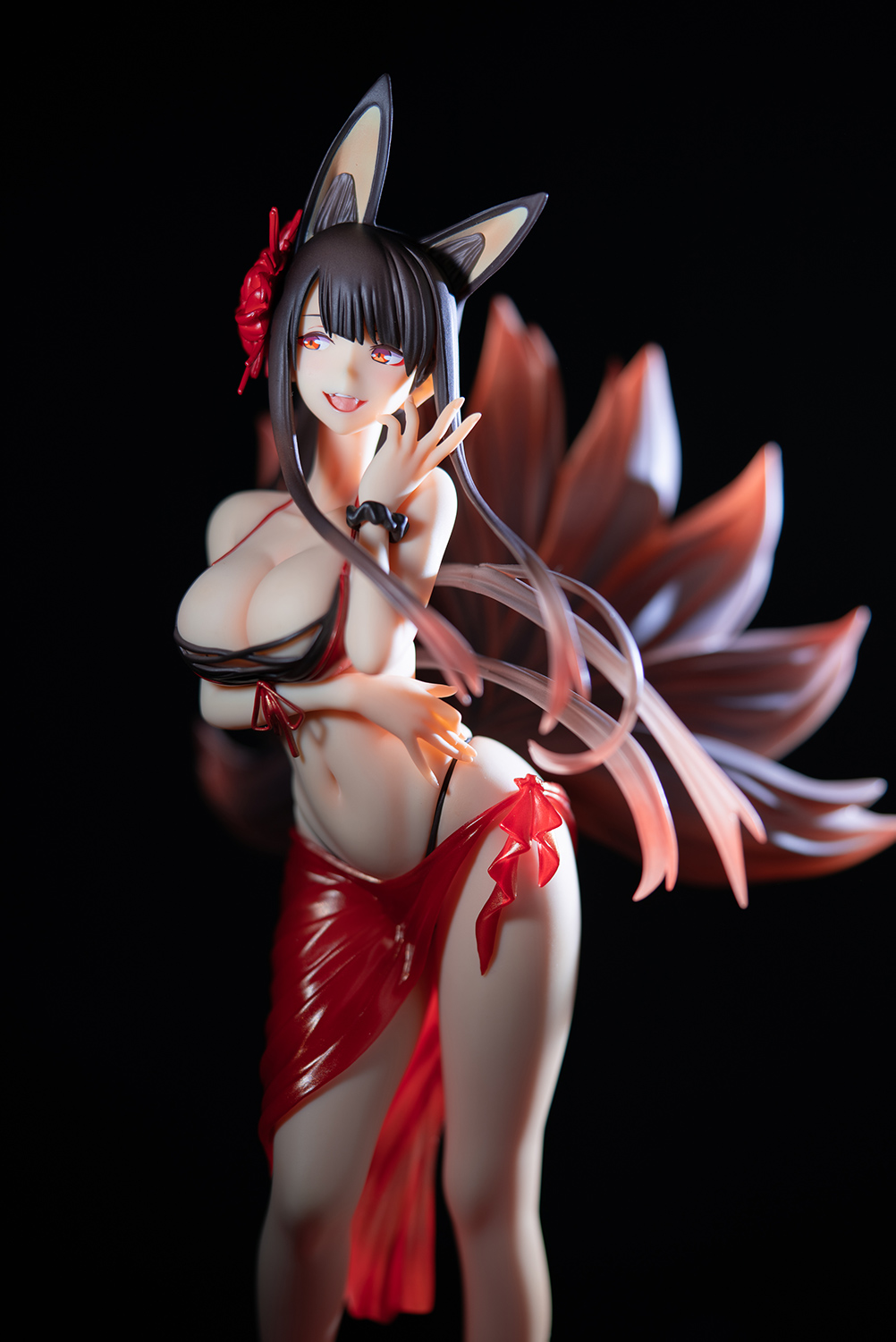 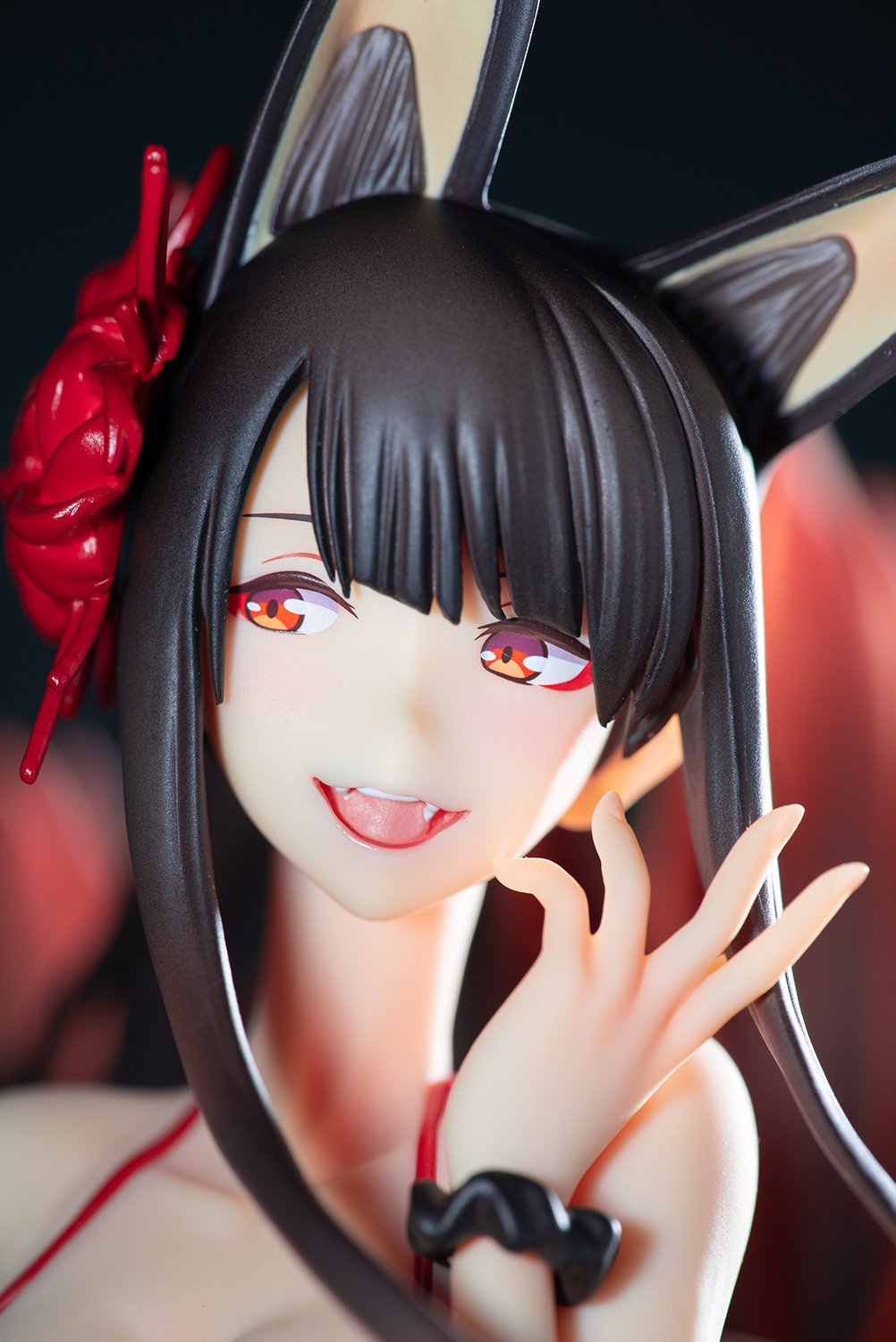 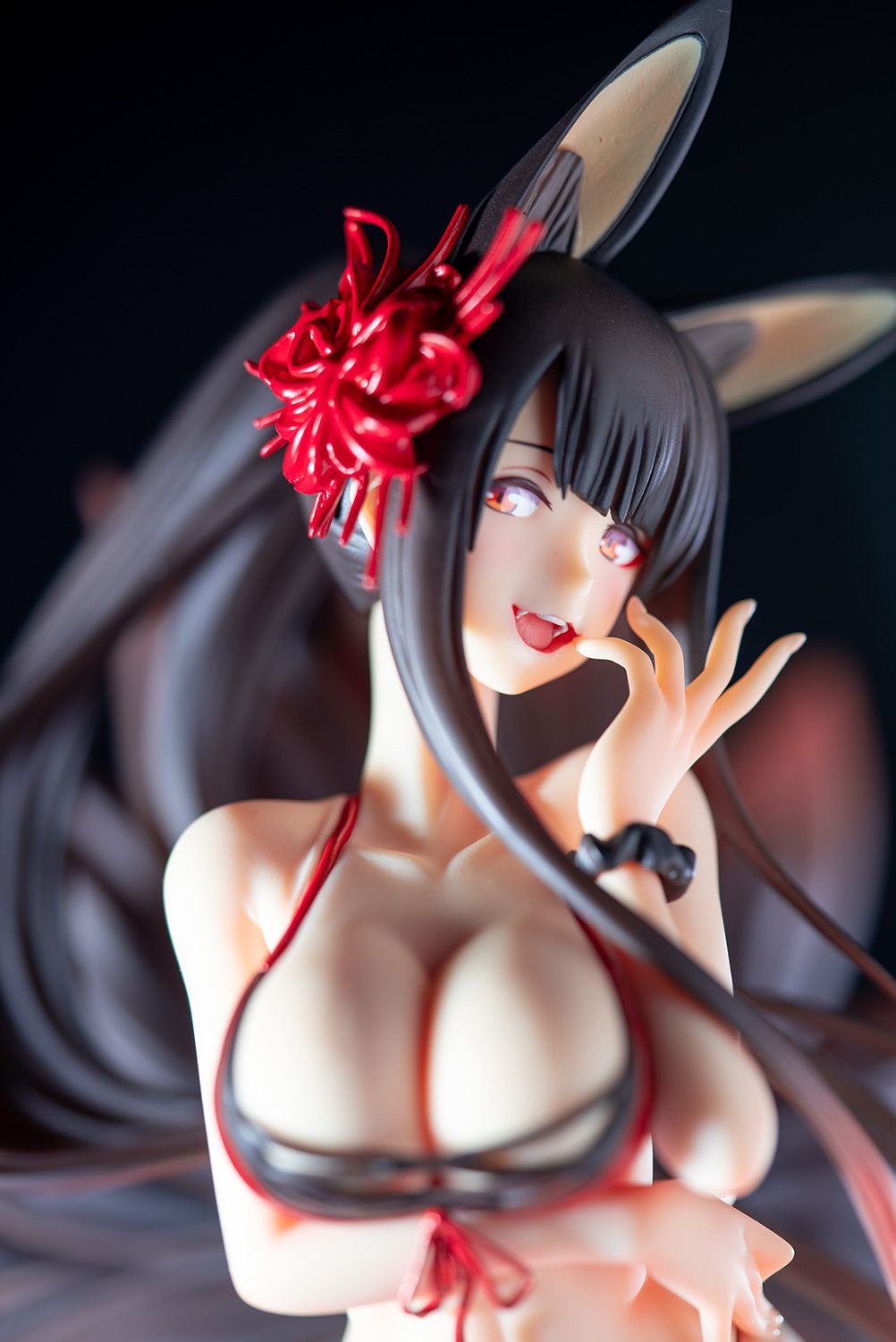 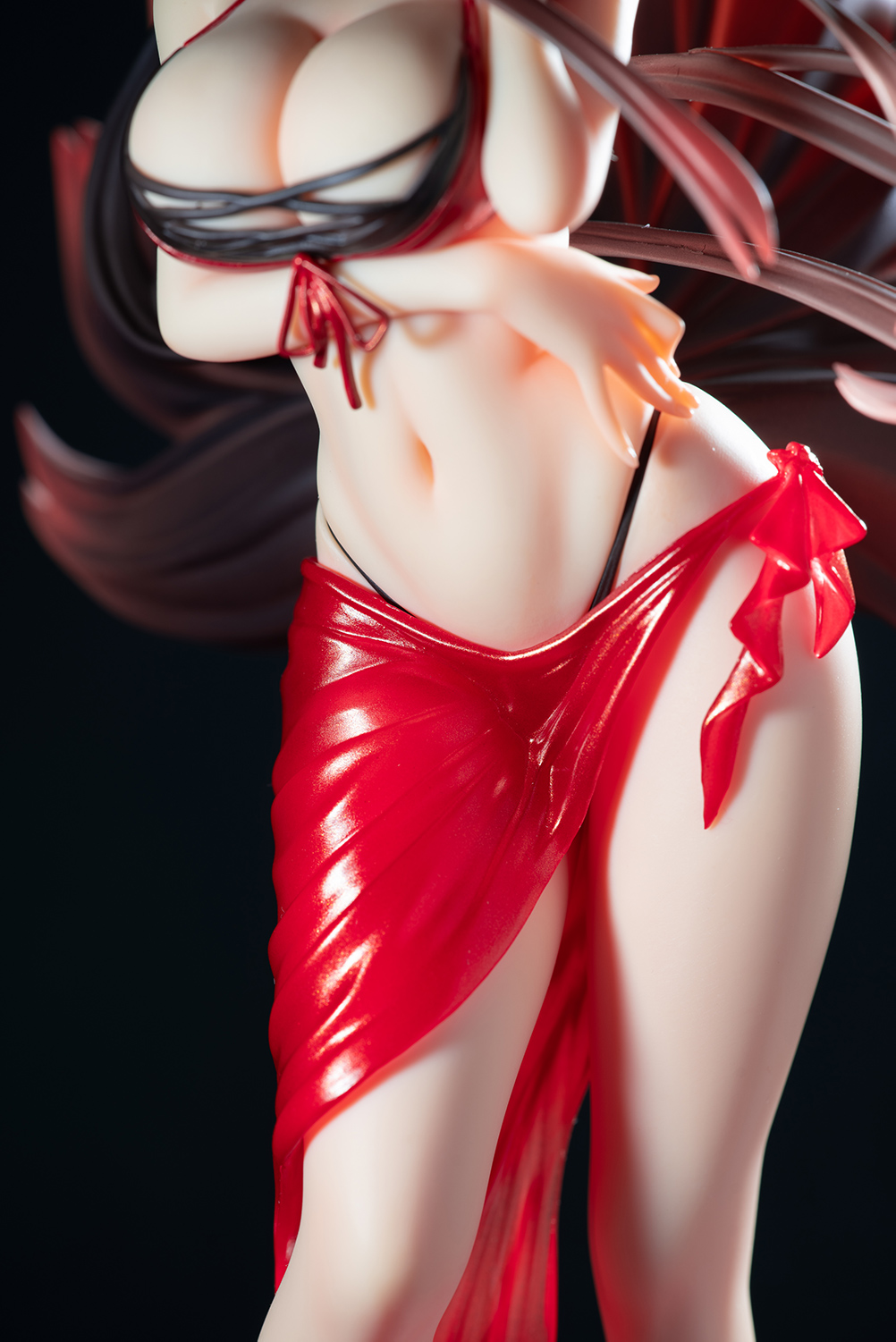 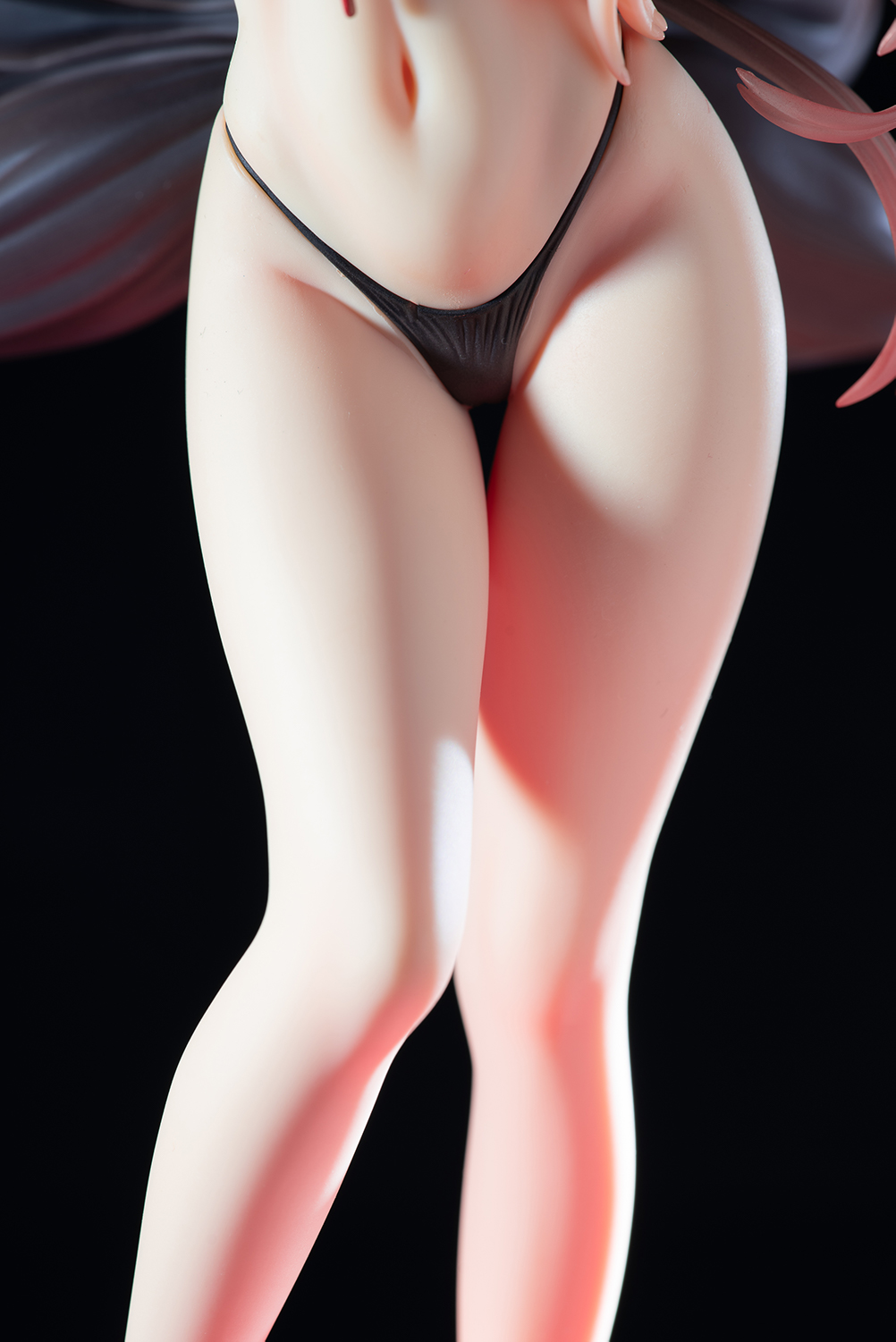 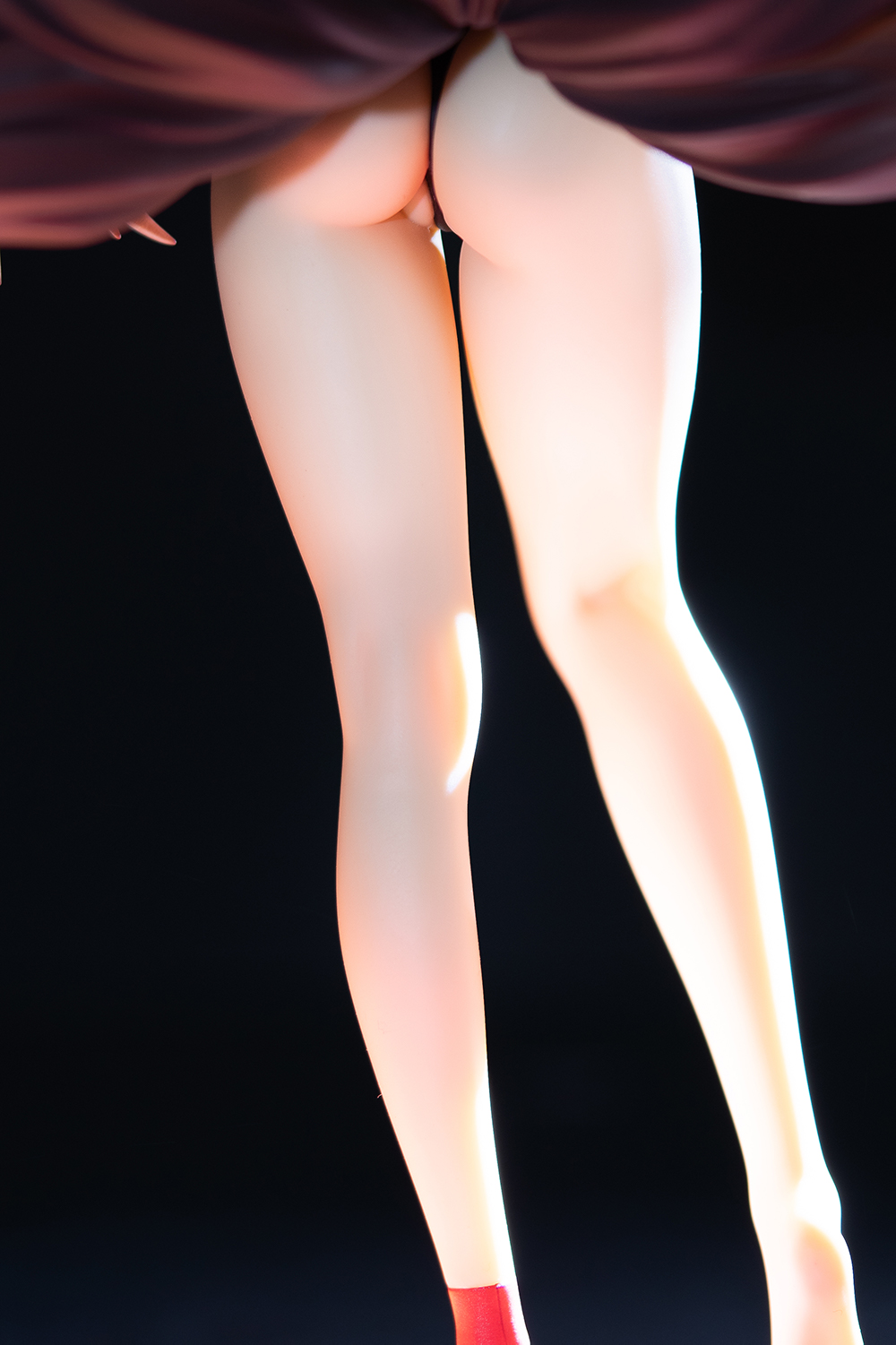 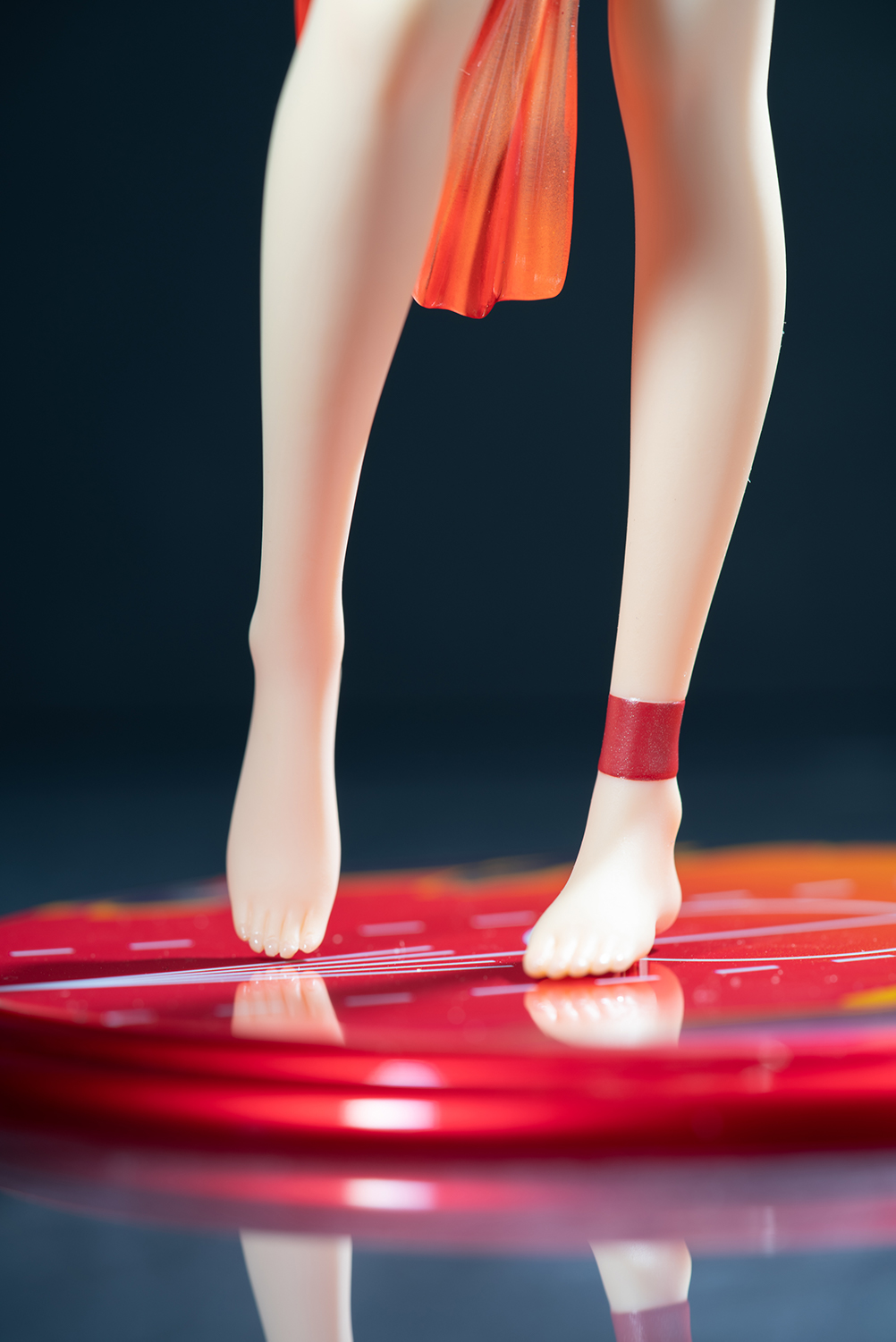