Keeping with the trend of buxom elves, today we're taking a look at a figure from the "Elf Village" series by Vertex.

The figures in this series are based on original characters from a number of illustrators, such as Takahiro, Tsunako, Mataro, or in the case of this review, Asanagi.

For those who are familiar with the works of Asanagi or his doujinshi circle Fatalpulse, then you know. Otherwise, a word of warning—his work is closer to the extreme end than most.

‍I'll spare the details, because we aren't here to discuss political implications or peoples' tolerances towards certain genres of smut.

This is Asanagi's OC for the "Elf Village" figure series, named Priscilla. Immediately noticeable are Asanagi's trademark eyes and yaeba (fang-like upper teeth) alongside accentuated proportions, which we can come to expect 'round these parts' (parts of course being elves' seemingly blatant disregard for realistic proportions, and round... round).

On the topic of proportions, we should also mention how Asanagi has drawn Priscilla's curves—namely where body fat has been stored on her body and how this has been used to accentuate her... assets.

To be more specific, Asanagi made a conscious decision to tastefully include a more realistic portrayal in certain areas—namely Priscilla's thighs (which appear to be almost spilling out) or her armpits (underarm fat).

This is of course further reinforced by her elven clothing, which cling to each crease and crevice in her sculpt.

The end result is an illustration that is the embodiment of t h i c c.

But how well would this translate to a scale figure? I'm glad you asked.

Fortunately for us, the sculptor for this figure was none other than LESLyzerosix! If you're unfamiliar with his work, LESLyzerosix is a 3D-modeller, who focuses on female figure sculpts. And as you can see from this render, he's pretty good at it.

In comparison between LESLyzerosix's render and Asanagi's illustration, we can see a striking similarity between the two—especially in terms of Asanagi's sculpt of Priscilla's voluptuous figure. I challenge you to find any glaring omissions between the two, because I certainly couldn't.

Enough babble, let's get down to business.

Standing at around 23cm tall at a scale of 1/6, Vertex's scale of Priscilla is a sight to behold.

Immediately noticeable is her evocative pose—Priscilla pushing out her chest as she promiscuously places her right index-finger on her chin. Apart from radiating big ara ara~ energy, we can also appreciate the visual balance this adds to Priscilla's overall pose as she stands on her right foot.

While lacking in textural detail, Priscilla's hair flows extravagantly to her right—either implying that it's quite windy where she is, or it much like a few other parts of this figure have decided to defy gravity. Regardless of the answer, it adds a dynamism to Priscilla's pose, which was thankfully executed well by Vertex in their final product.

Moving to Priscilla's left-hand side, we get a closer look at her slightly translucent leggings and crimson heels. The skindentation here has been sculpted to great effect as we see Priscilla's upper thigh jutting out from her tightly pinching leggings, as well as the string from her panties digging into her waist.

One more thing to note before moving on is Vertex's excellent job in sculpting the realistic body fat portrayal in Asanagi's original illustration. A great boon from having LESLyzerosix as the sculptor for this figure I'm sure, it adds a subtle but noticeable detail that elevates the overall effectiveness of the figure in achieving its desired visual aesthet-thicc.

Moving back to her upper body, we can take a closer look at Priscilla's... accessories.

An unfortunate criticism I have to make here is that the paint on her clothes and hair appears quite rough around the edges—especially with what appears to be some paint transfer between her garter and dress. This is somewhat present throughout the entire figure if I'm being honest and it's a bit of a shame that Vertex couldn't nail her paint job (SkyTube as a point of comparison are a lot more consistent).

Nevertheless, it's harder to notice this from a distance and I'm sure many choose to display Priscilla without her elven outfit. Yes, that's right—Priscilla much like the rest of the Elf Village figure series are cast-off, but I'm assuming you already knew that from the NSFW tag on this review or the areola peeking out slightly from her chest.

Here's a closer look at the upper half of her lower body. The gilded ring and cross on her panty-string is a nice touch.

Whew. While her lower half may not be cast-off, you can pretty much see her labia here so I'd say that's good enough for those who are into that.

is a thing of beauty!

As a cast-off, Vertex did a pretty good job with their sculpt of her breasts. There's no noticable weld between them, and their shape are actually very similar to Asanagi's original illustration. I mention this specifically because it's highly common for figure manufacturers/sculptors to "nerf" the breasts between the 2D to 3D transition. But I guess they are a focal point for Priscilla, so customers wouldn't be too happy if they didn't.

After casting-off her other clothing items, we also get a closer look at Priscilla's upper legs from the front.

Once again, excellent work by Vertex here! The paint and creases on her leggings reflects Asanagi's translucency flawlessly, and really do sell the idea that they're very tightly wrapped around her legs.

And yes, Priscilla's thighs are just as great from the front as they are from the back.

We'll close out this review with a full-body shot of Priscilla fully cast-off.

The Elf Village figure series by Vertex has been pretty great so far, and Priscilla is no exception. I'll definitely be doing a review of Archeyle at some point, which is also pretty great (but not as good as Priscilla!).

Priscilla's pose and sculpt are a cut above not only the other figures in the Elf Village series but a lot of other figures period. Very rarely do you see such a faithful recreation in an anime figure (of an original character no less!)

I have to give LESLyzerosix props for his sculpt and Vertex for pulling it off as a manufacturer. Yes, Priscilla isn't by any means perfect, but her strong points make up for her few flaws by a large margin.

On that note, I do have to mention that-

Asanagi and LESLyzerosix are getting another figure in the Elf Village series! No release date has been announced yet as of the posting of this review, but to quote the words of a certain fantastical MMORPG director:

"Please look forward to it." 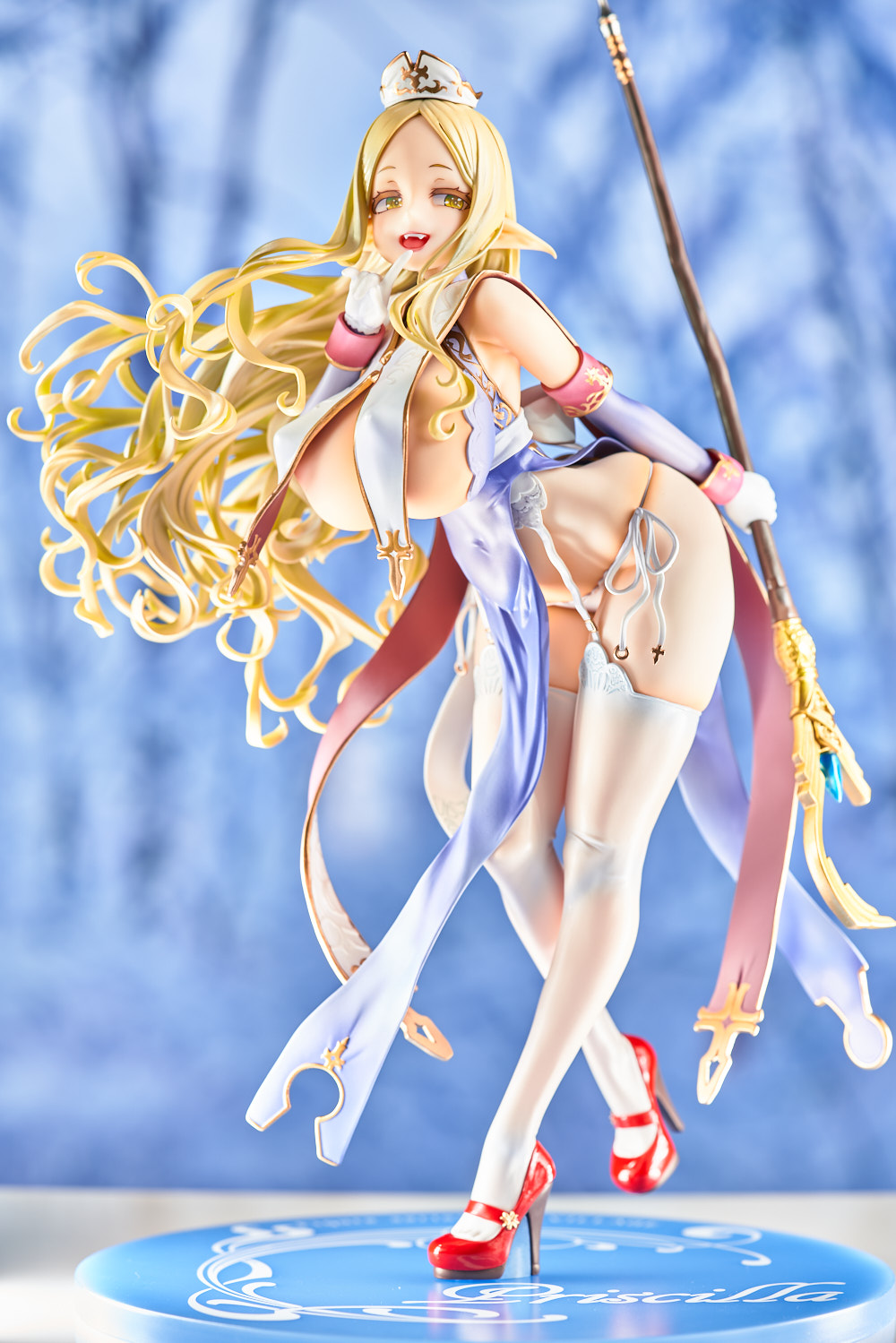 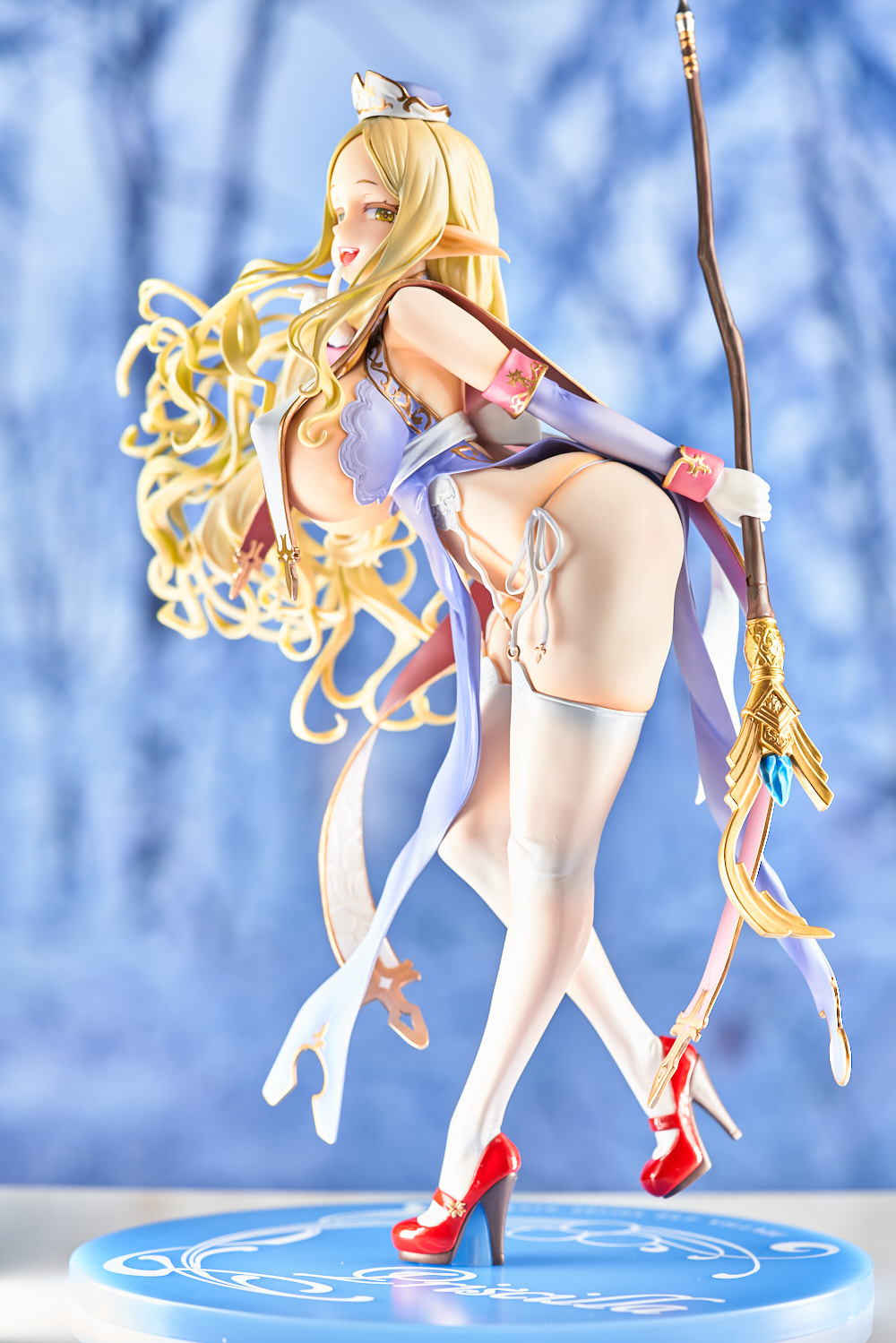 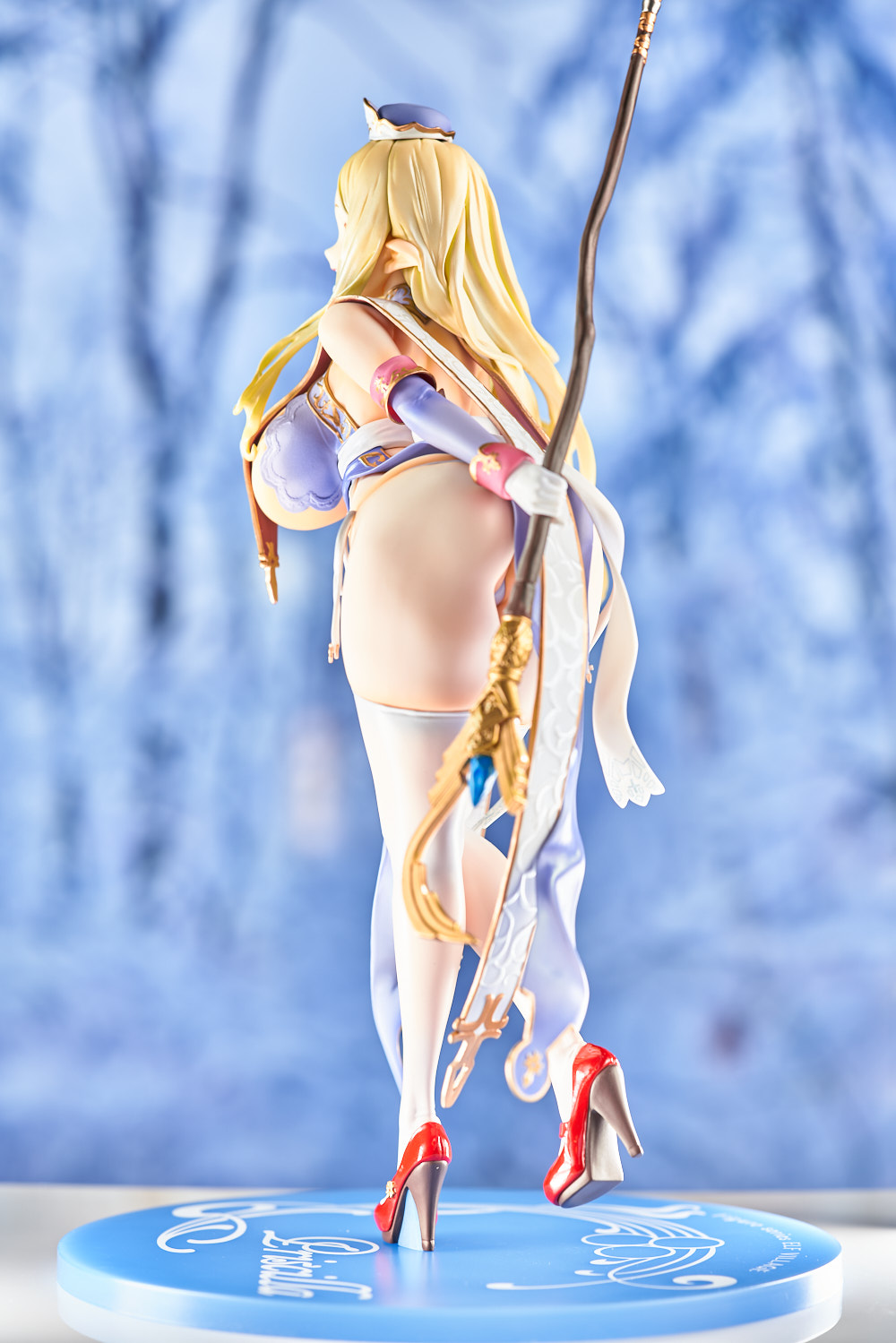 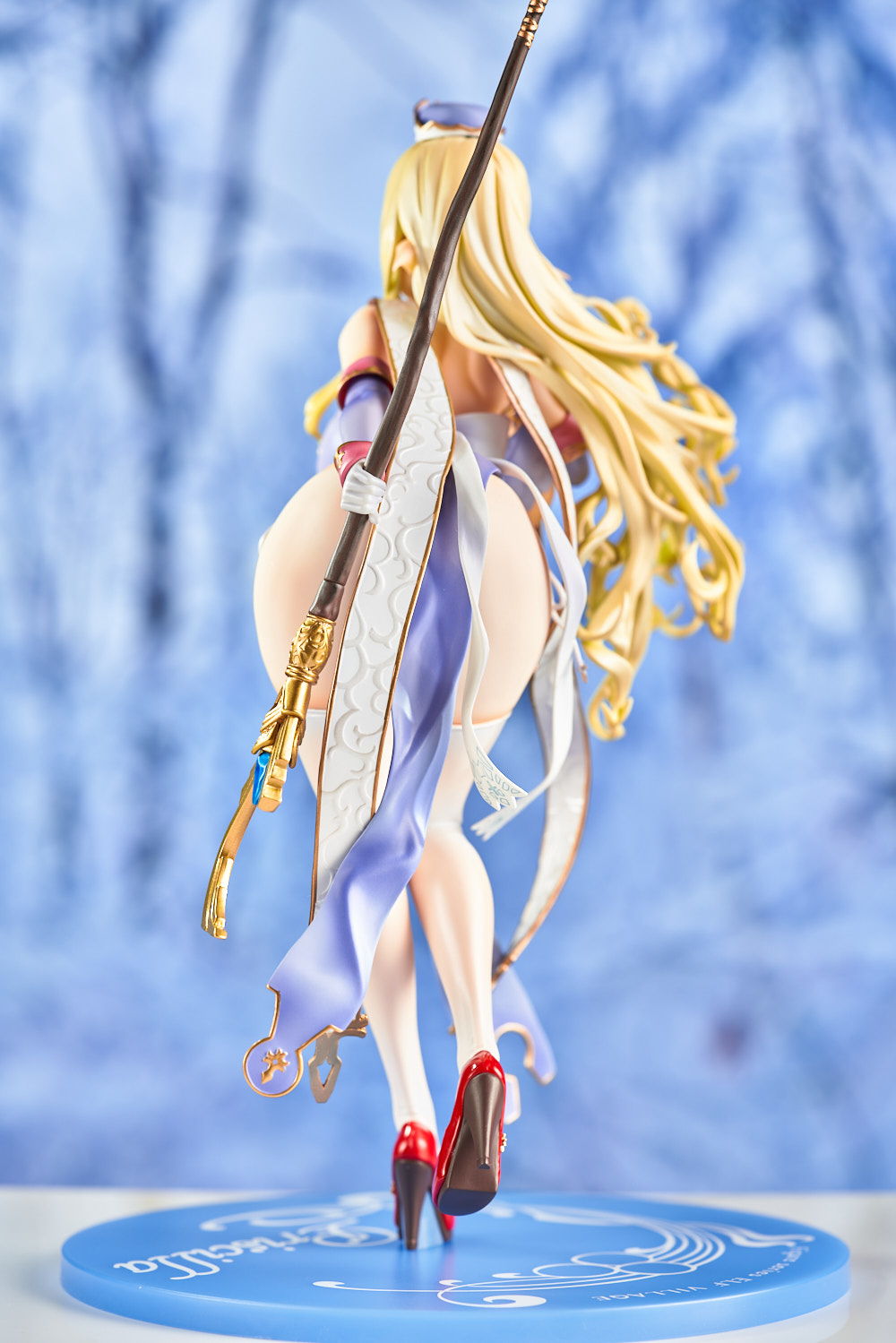 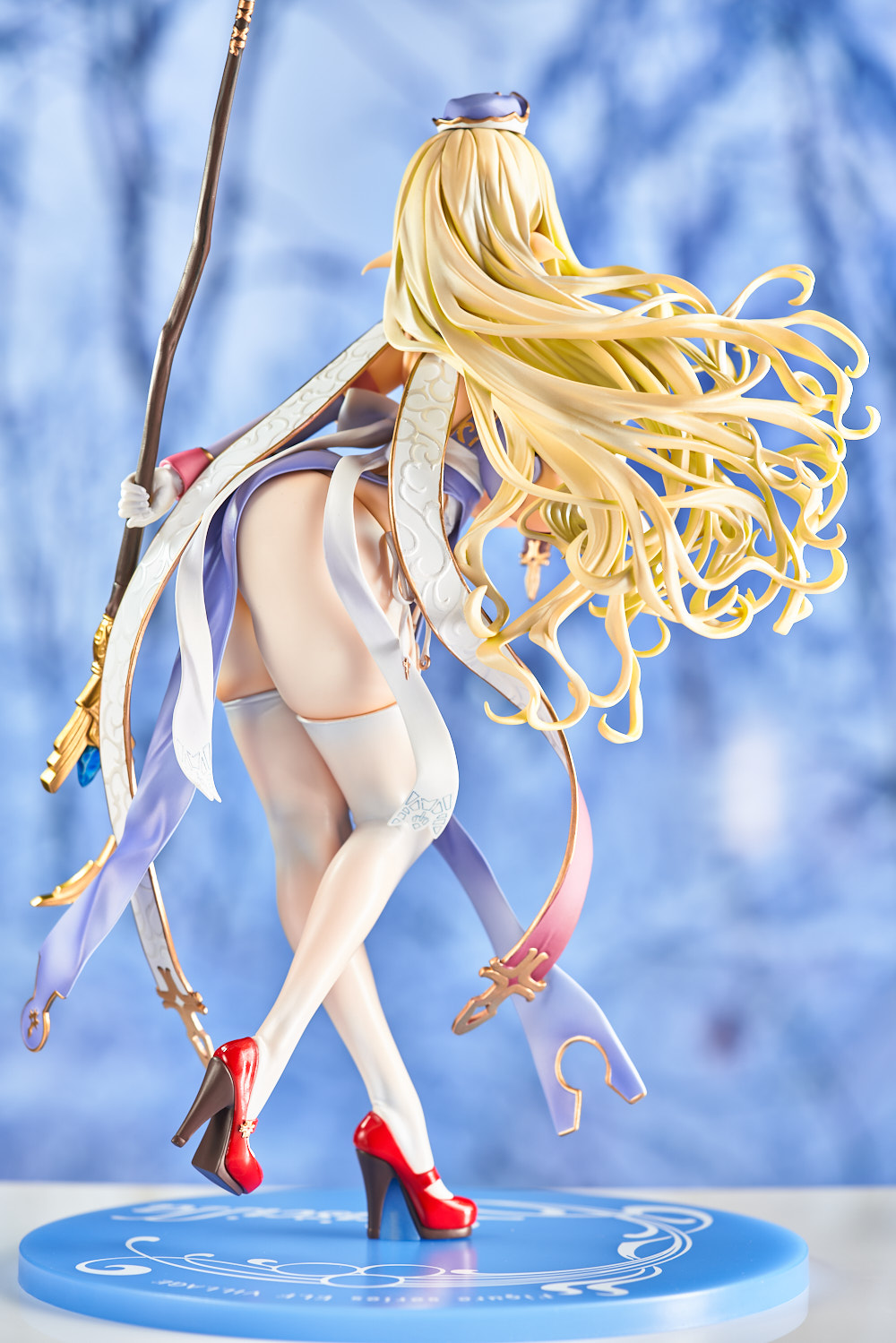 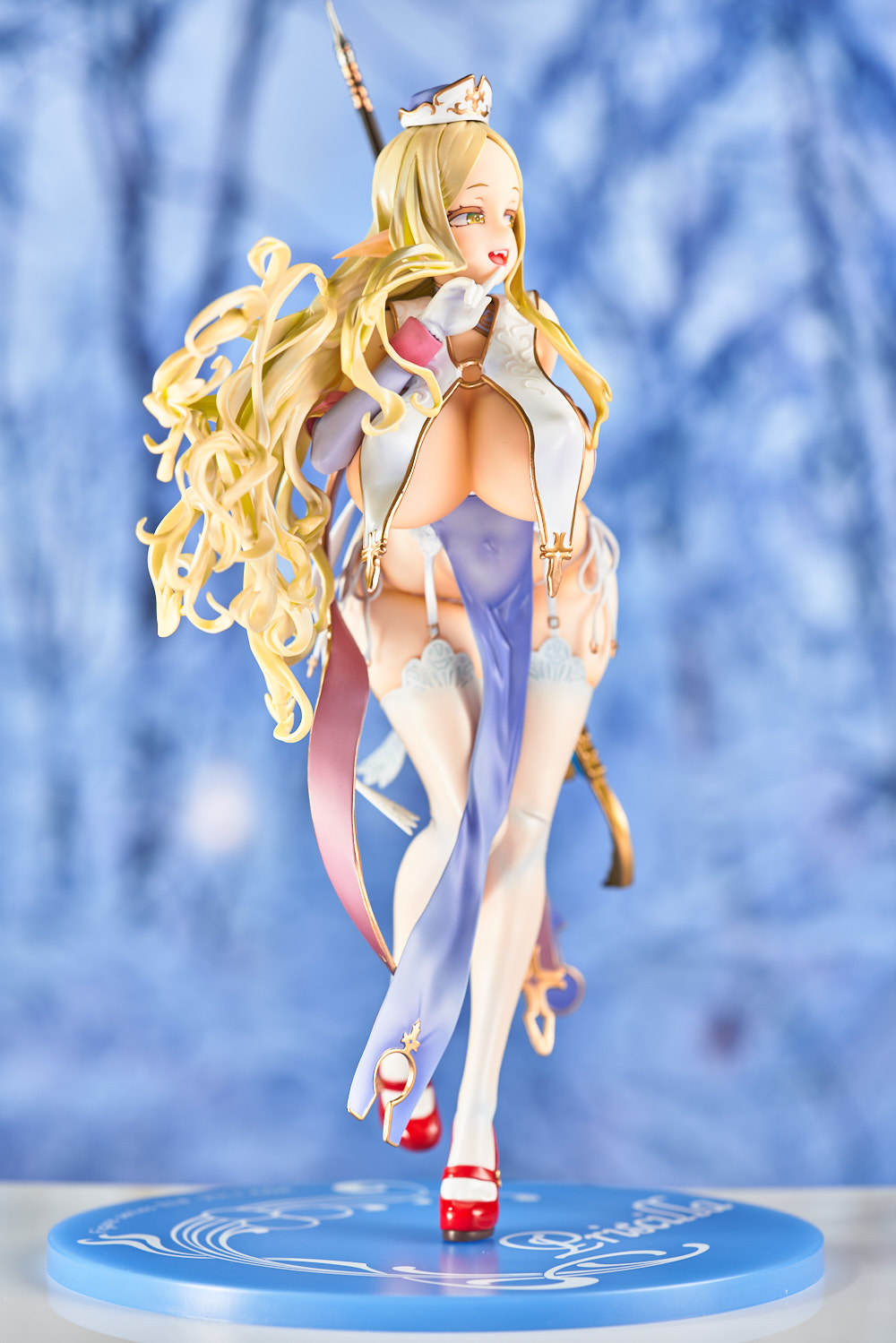 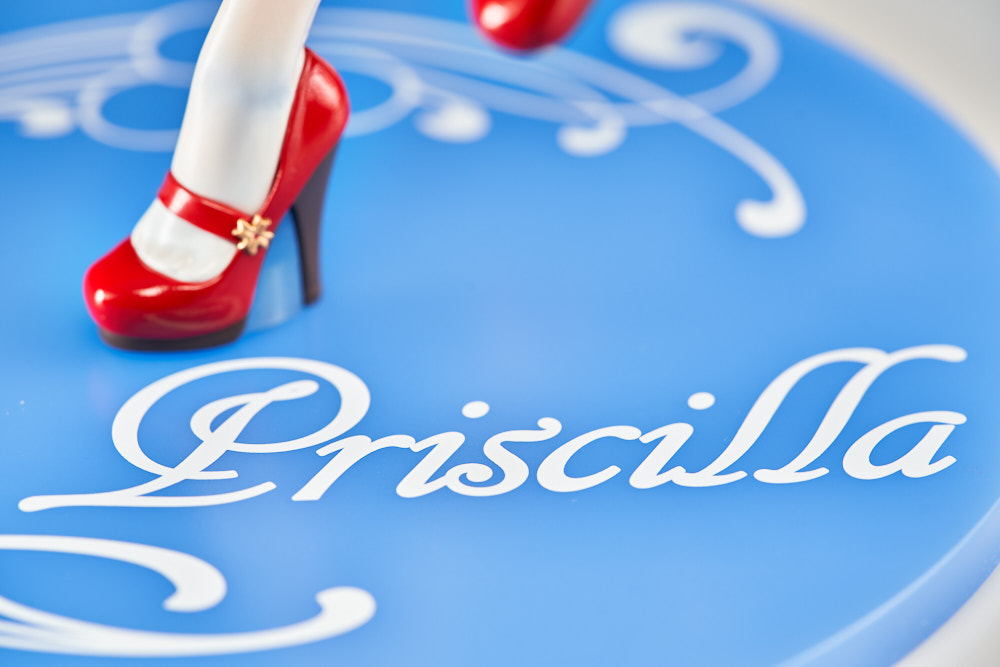 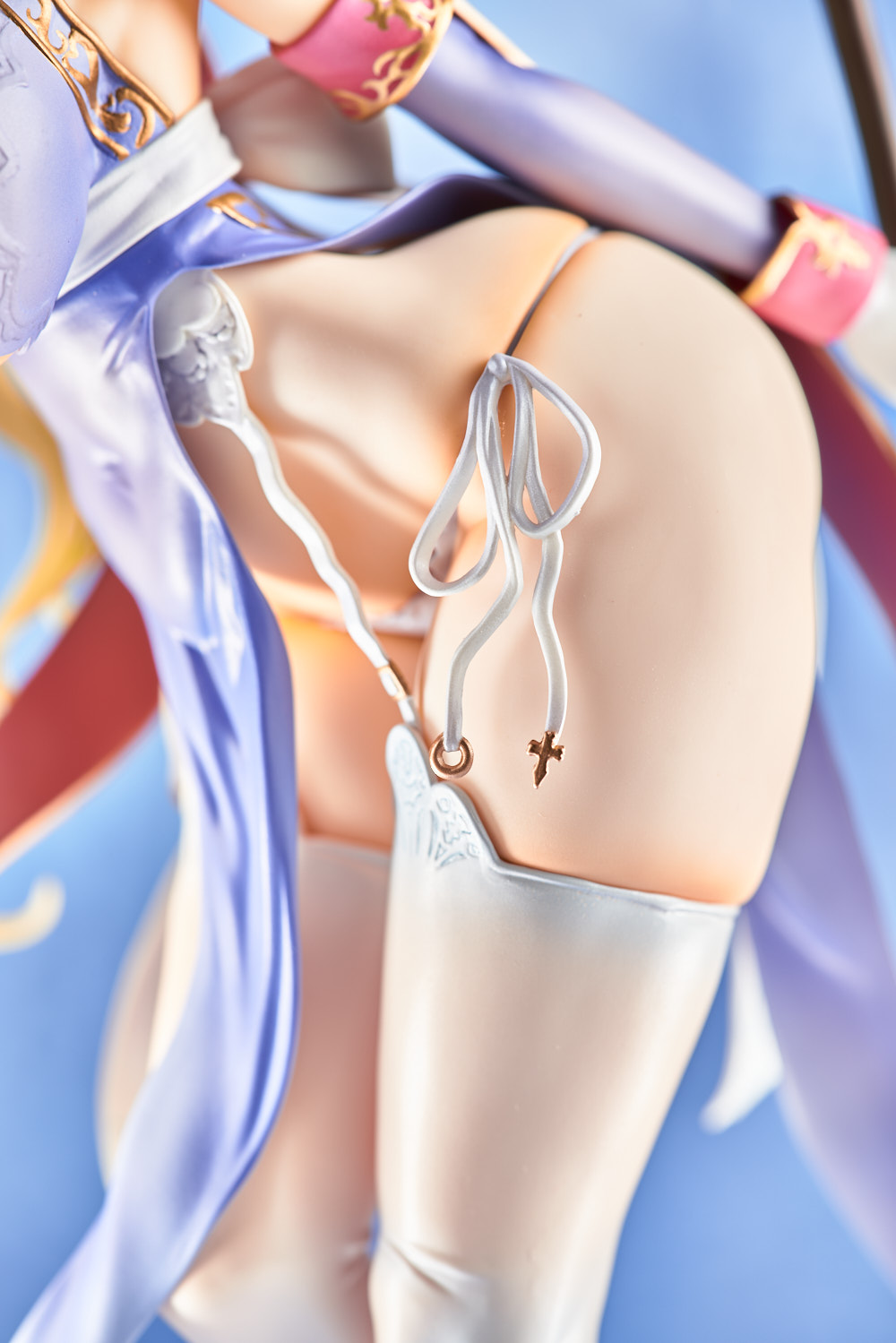 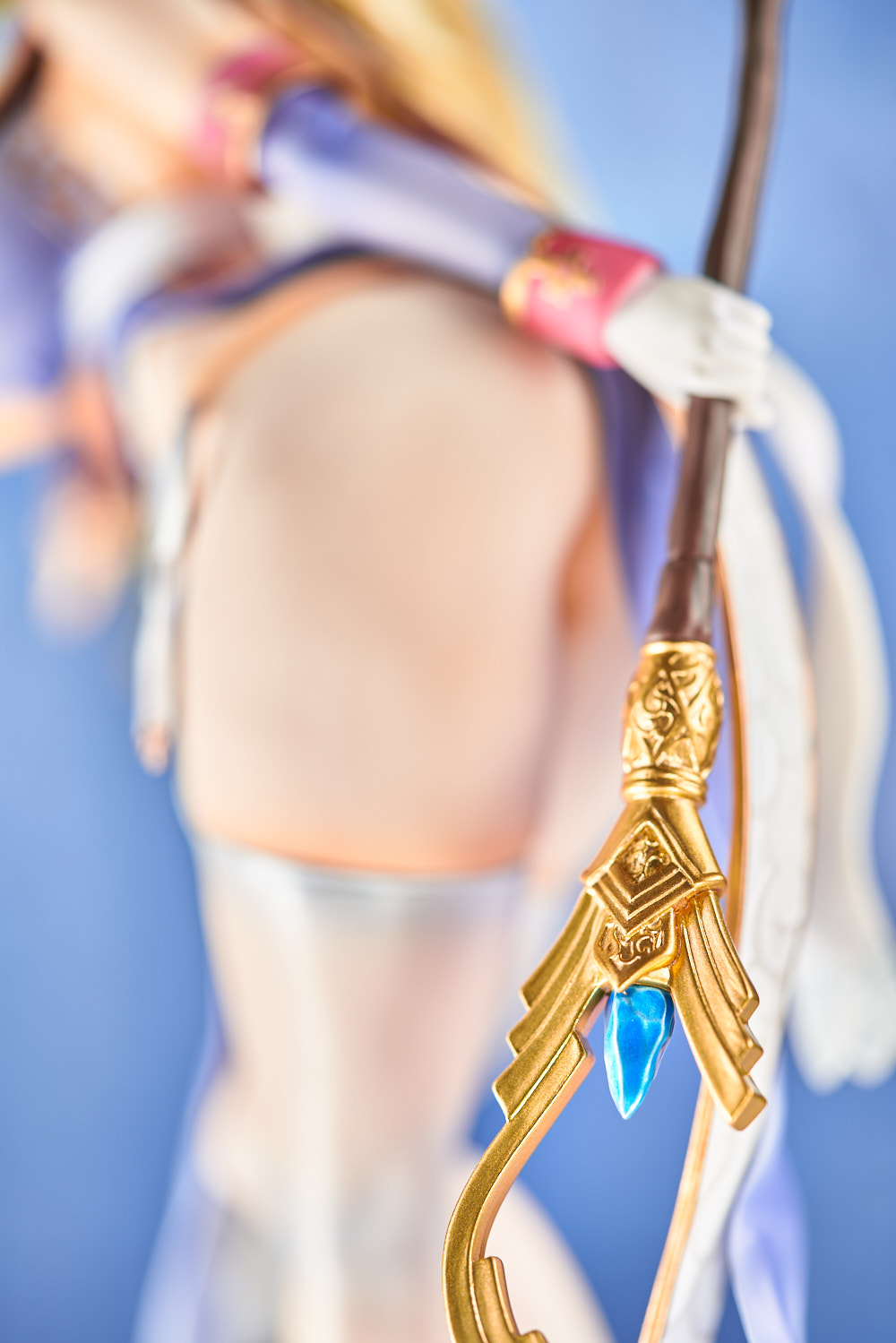 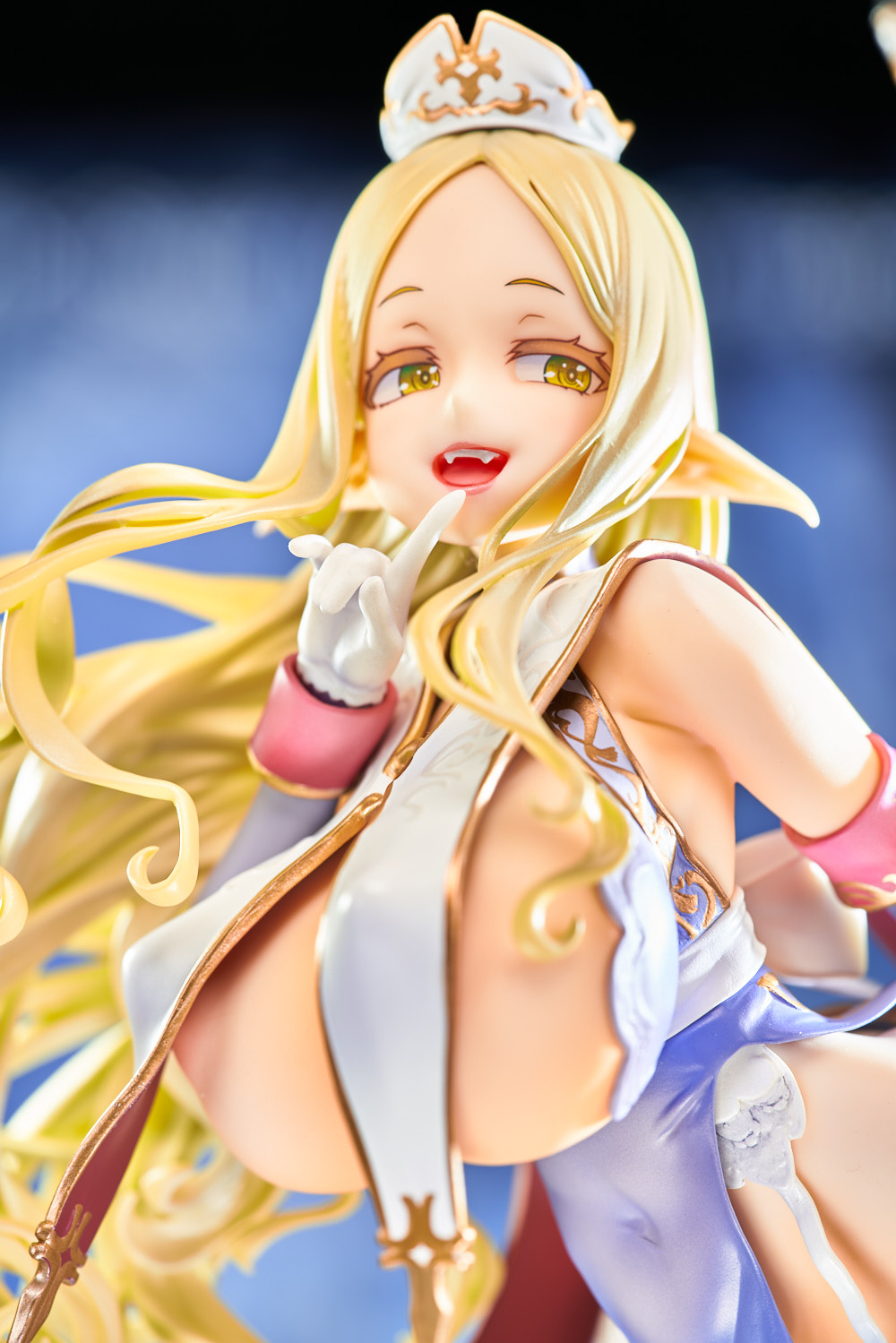 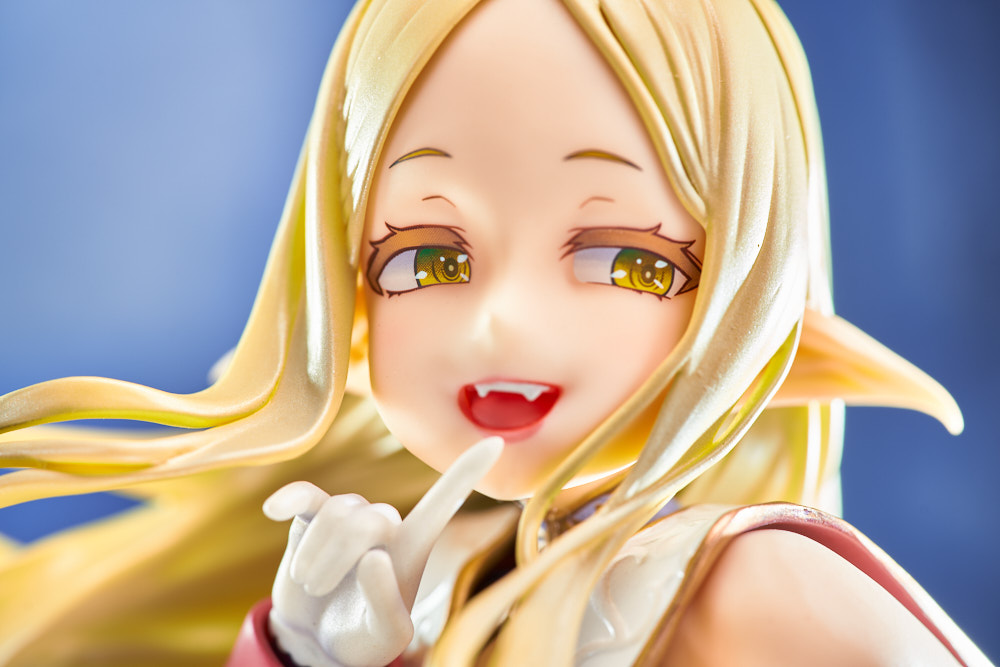 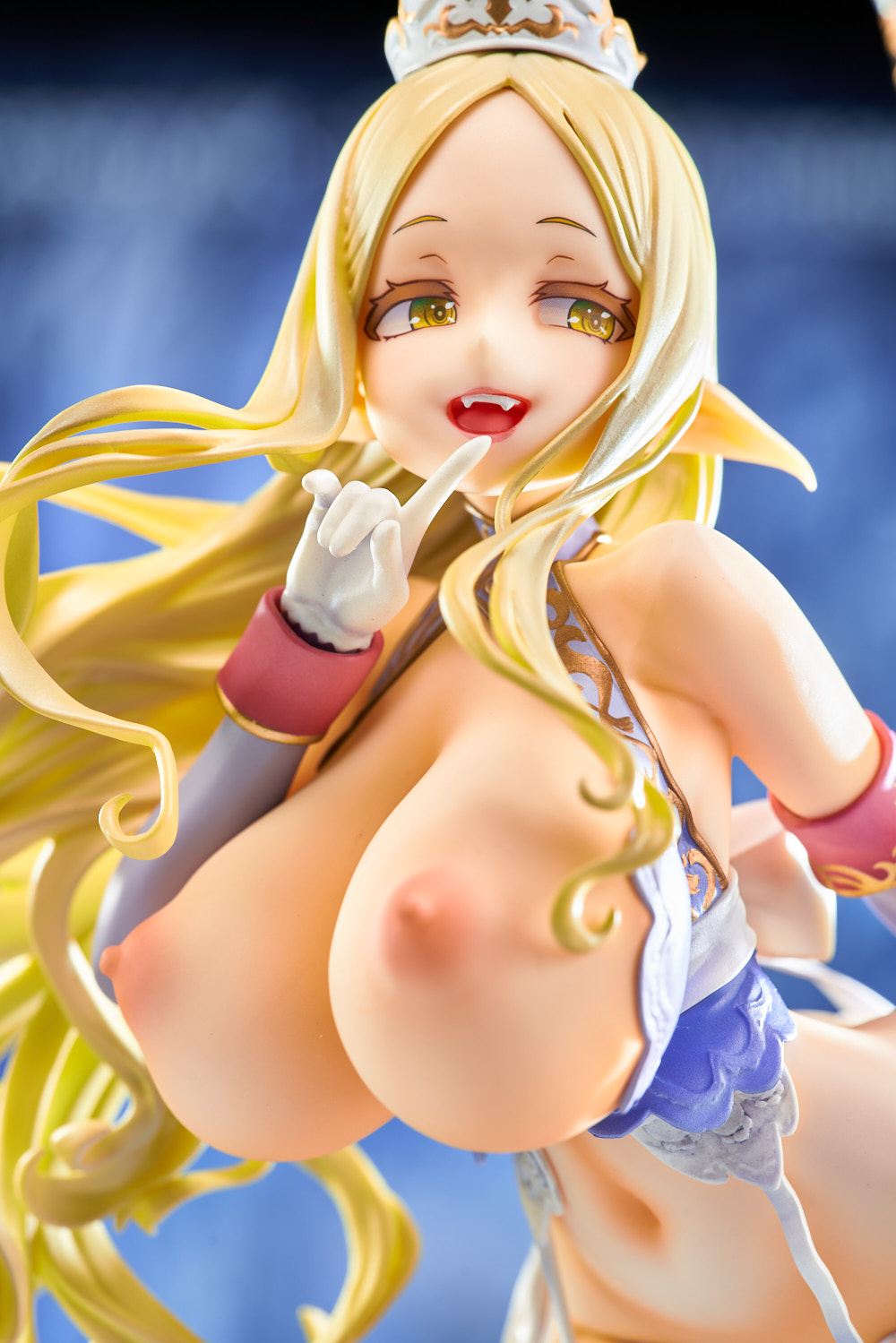 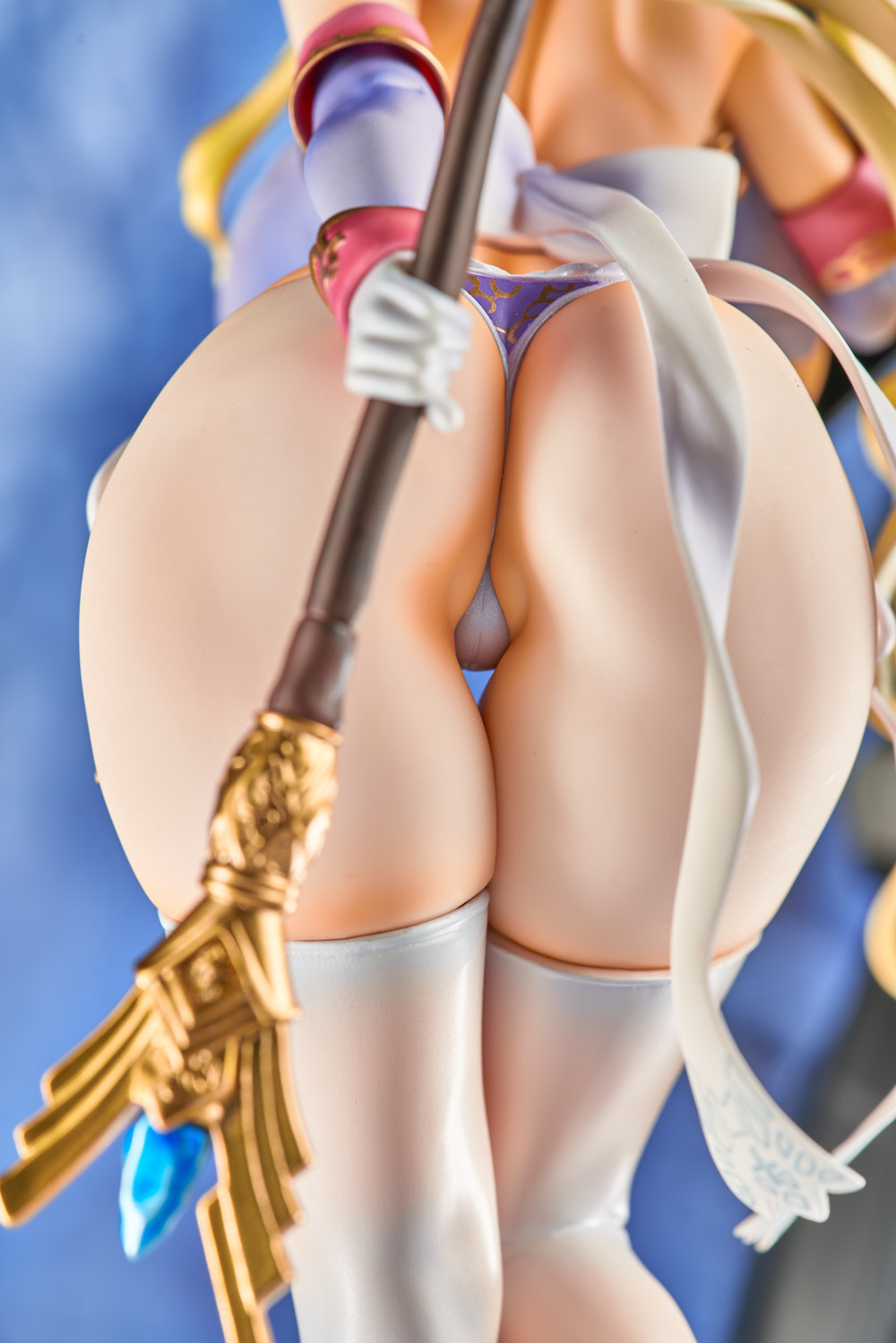 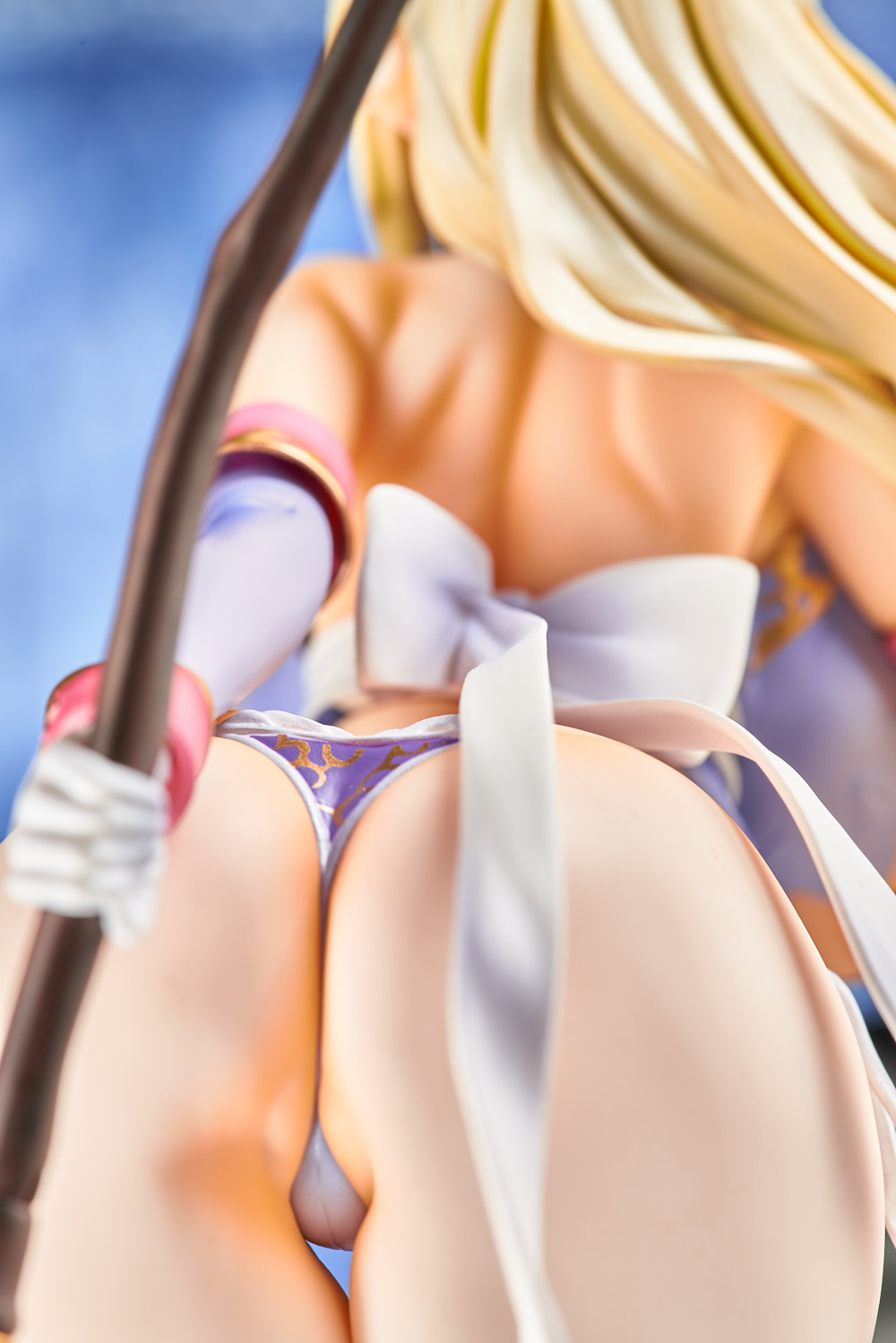 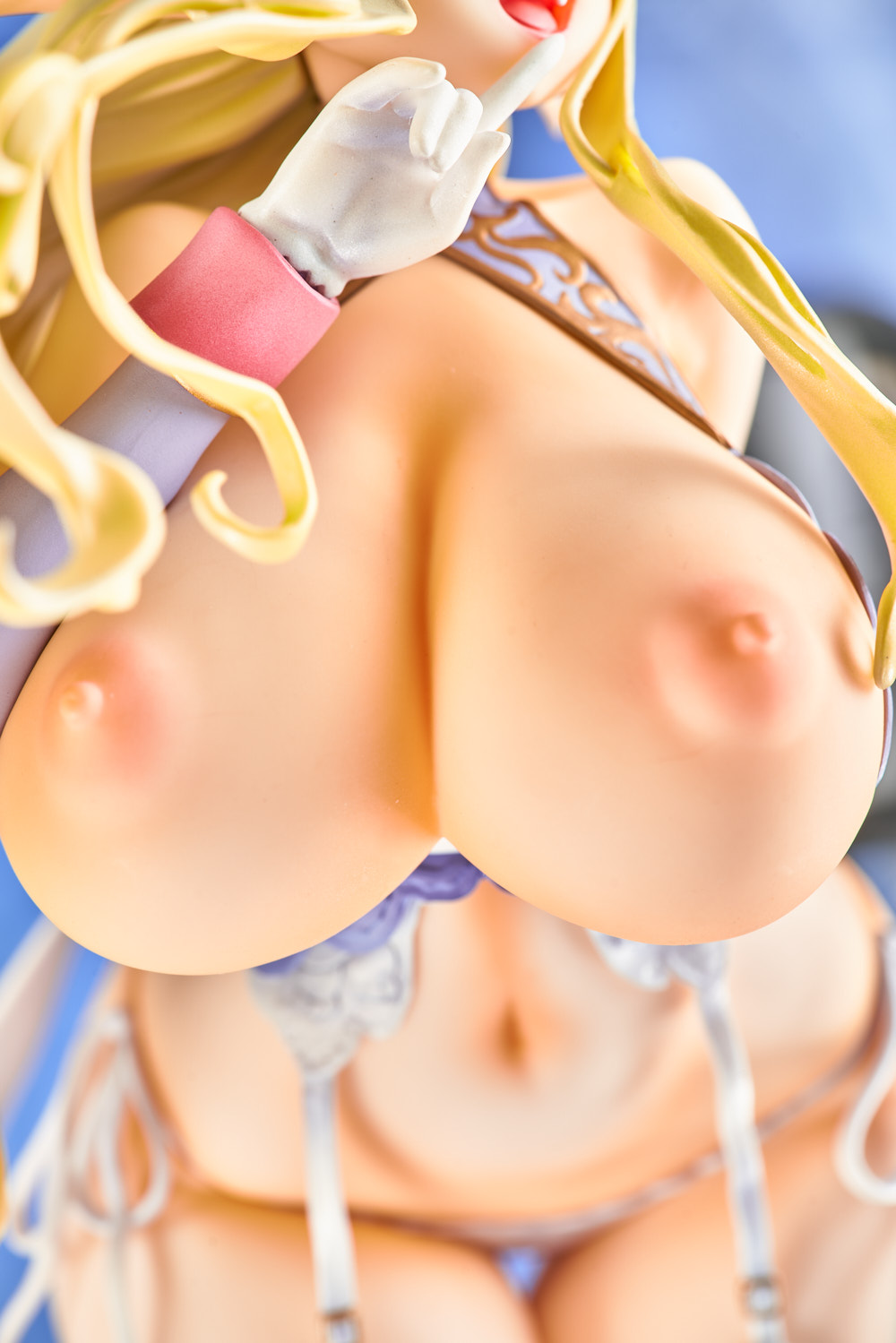 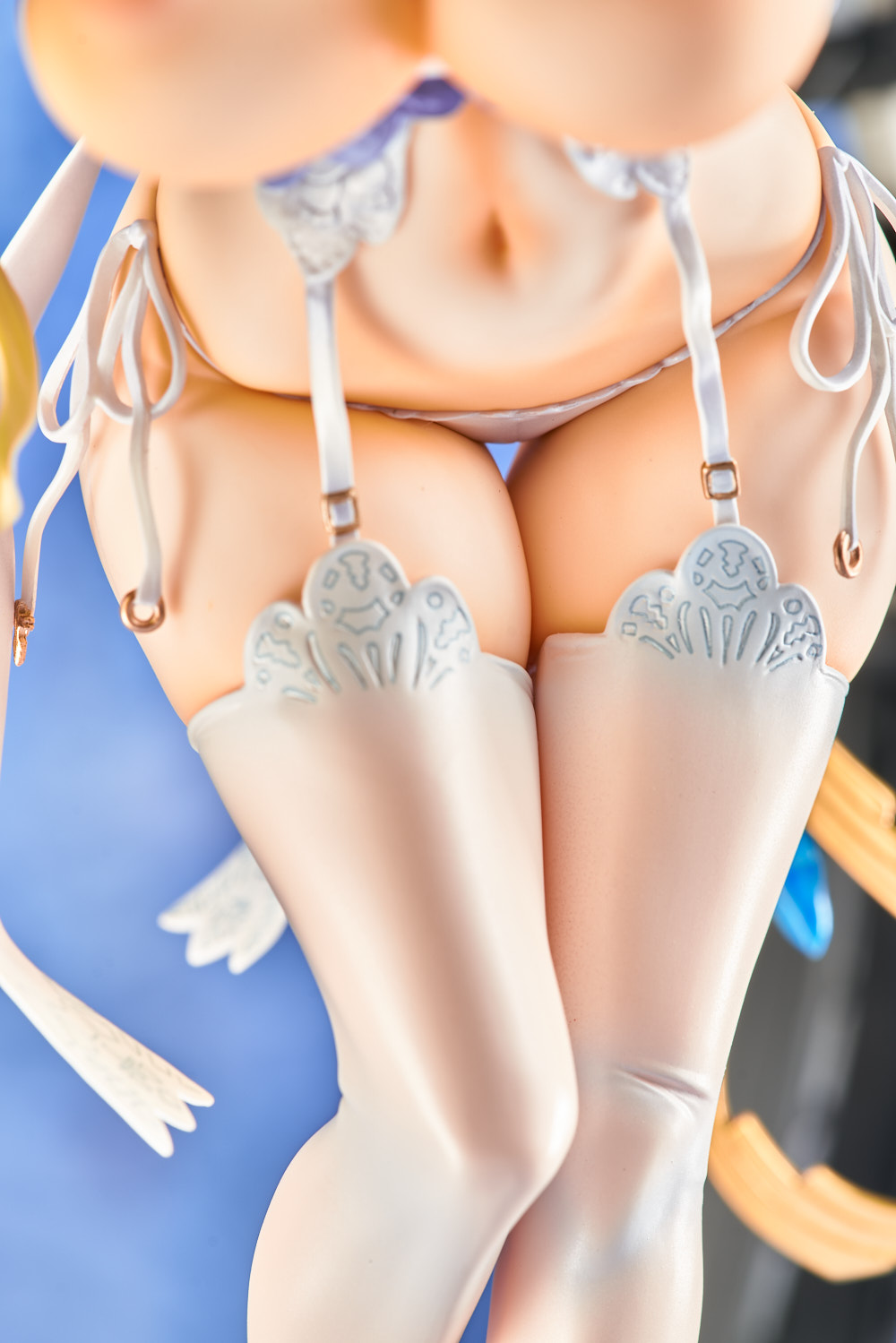 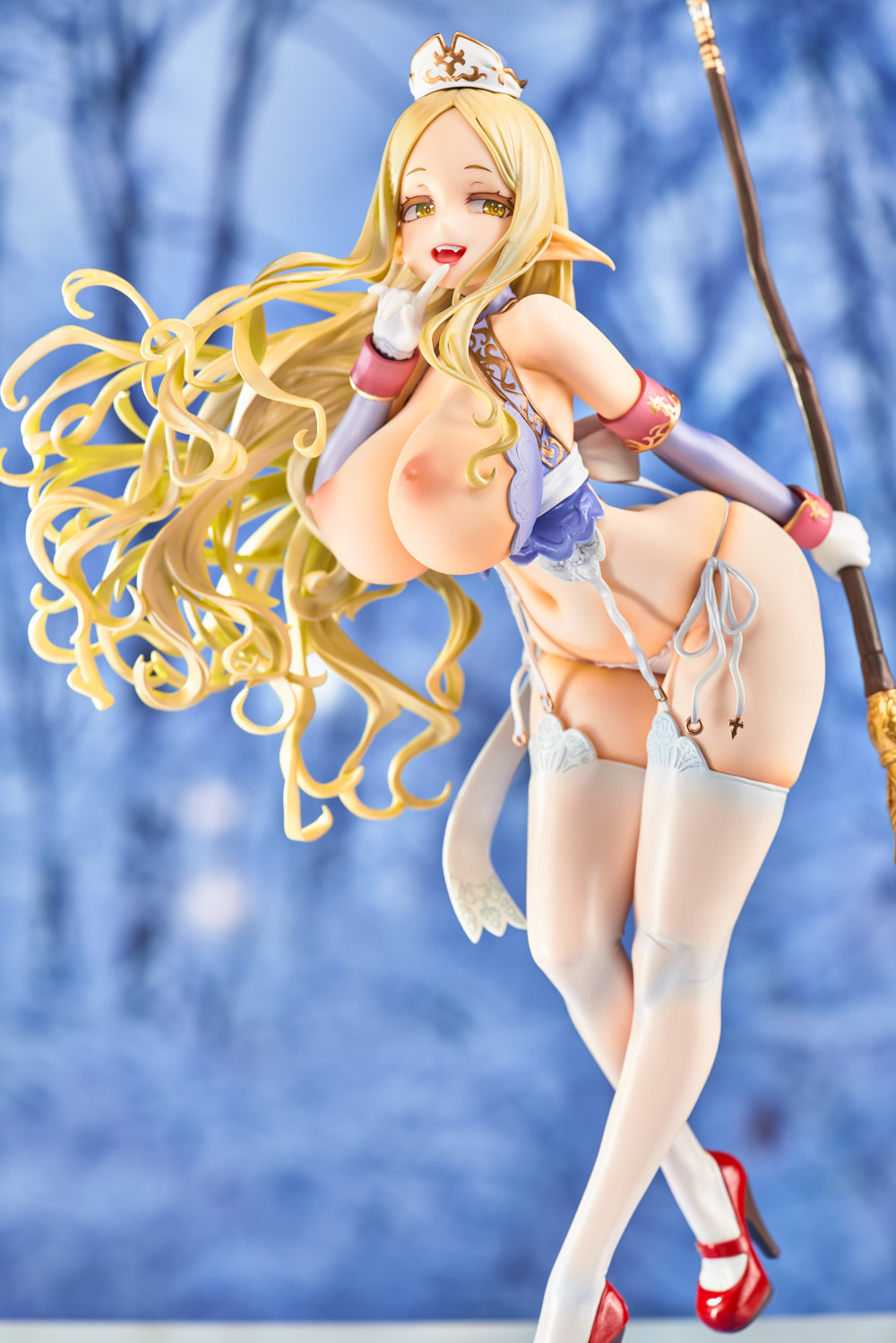