Ah, Fate/Grand Order. Sometimes it's easy to forget where the series originally began with the Fate/stay night visual novel.

Admittedly, I haven't really kept up with the mobage for a while now. I don't really plan to, because there's just so much content and I have such little time these days. Thankfully, it's success has bred the production of many figures of its characters (in many different outfits, might I add), and for that I will happily oblige.

Let's get stuck into this review than shall we?

Or to be more specific, the "Bunny that Pierces with Death Ver.". Quite a mouthful, so we're just going to call refer to her as the "Bunny Ver." going forward.

Standing at around 29cm tall at a scale of 1/7, Alter's reputation for quality and detail is immediately evident in this scale of Scáthach. The shade and sheen of purple in her clothes and hair have been recreated with a fine balance of accuracy to the source material and aesthetically pleasing additions.

As this is a Bunny Ver., you can bet that your boys over at FREEing also made a 1/4 B-style scale featuring the same outfit and accessories. I won't go too much into the differences between these figures, but the loss of detail in moving to a larger scale is significant.

As we move a little closer, we really begin to notice… that there isn't really anything wrong!? My search for flaws came up short, and I seriously tried to find any areas lacking in detail. I did still find a few minor flaws, and I'll mention them as we go along. But on first glance, this figure is pretty damn good.

If you've read any of my other reviews, you'll then know that I'm a stickler for hair quality—that is, the smoothness of its sculpt, complexity, and paint quality. An unfortunate occurrence as a result of that is many figures just don't really have great hair, which either suffers from inconsistent texture or very flat paint.

As you may have guessed, this is not the case here. Alter have done an excellent job ensuring that the hair has been sculpted with great confluence—matching the source material in its shape. Furthermore, the red-cabbage shade used to paint her hair is very vibrant and responds well to different lighting conditions!

Looking at Scáthach's face, her eyes have been painted to match the source material, including the eyes and lashes. No complaints here!

Looking at her bunny outfit + accessories, we can notice that Alter's paint does appear to have a slightly lighter tint of purple. This is accompanied by a glossier paint, which is slightly reflective compared to the source material, which appears to be matte.

I actually welcome this decision, because it adds an additional dimension of detail to what is actually quite a simple outfit. As an aside, the paint used is much higher quality than that used in FREEing's B-style of Scáthach, which uses their generic purple paint for all their other bunnies.

Ooh, look at that bottle! I'm glad they didn't try to make it look translucent, because that would actually end up looking worse (the bottle is also not translucent in the original illustration). The slightly faded paint on the label and jagged edges pair well with the gaelic(?) font, which has also been painted on to very fine detail.

Then we have the two champagne flutes in Scáthach's other hand. Nothing really to note here—they've been sculpted well and do their job well.

Now, onto the fun part. The detailed creases in Scáthach's bunny suit do an excellent job in accentuating her thin waist in contrast to Scáthach's wide hips. There's also a bit of skindentation present with the garter on her left thigh, which is always welcome.

I guess a small criticism is that there appears to be a minor weld between the lower half of her breasts, it is what it is.

Definitely not the biggest ass on a figure I've seen, but the shape is okay I guess…

Scáthach's base features a red-mahogany texture, annd her heels use the same paint as the rest of her outfit.

A bit of a shorter review, but I feel like I can waffle on unecessarily so that's probably a good thing.

Overall, this figure is pretty simple, but great. Apart from the weld between her breasts things are pretty consistent here and I can't really complain. A fine figure for its price and she'll go great next to my loungewear version of Scathach. I'll have to review that one too (eventually). 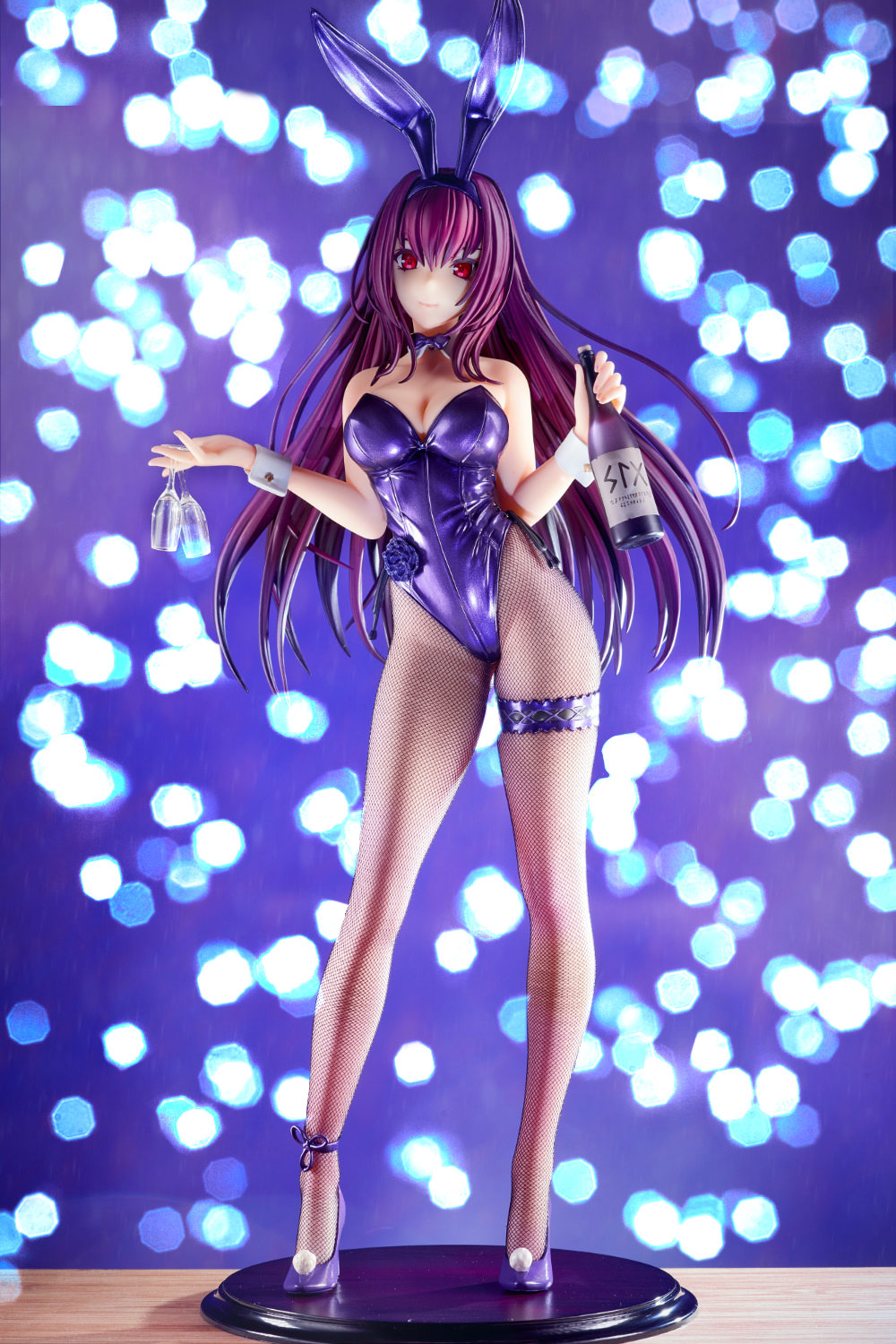 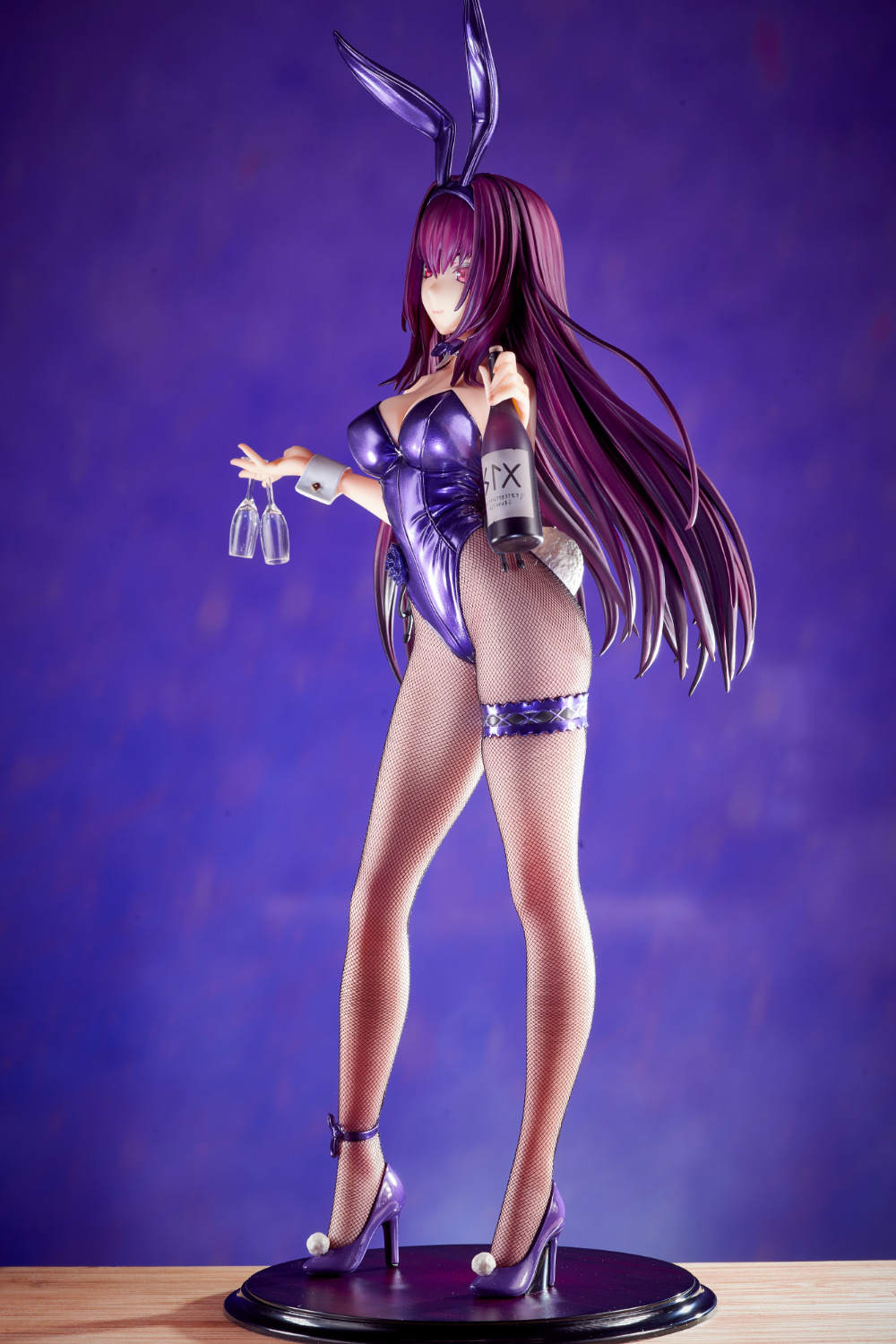 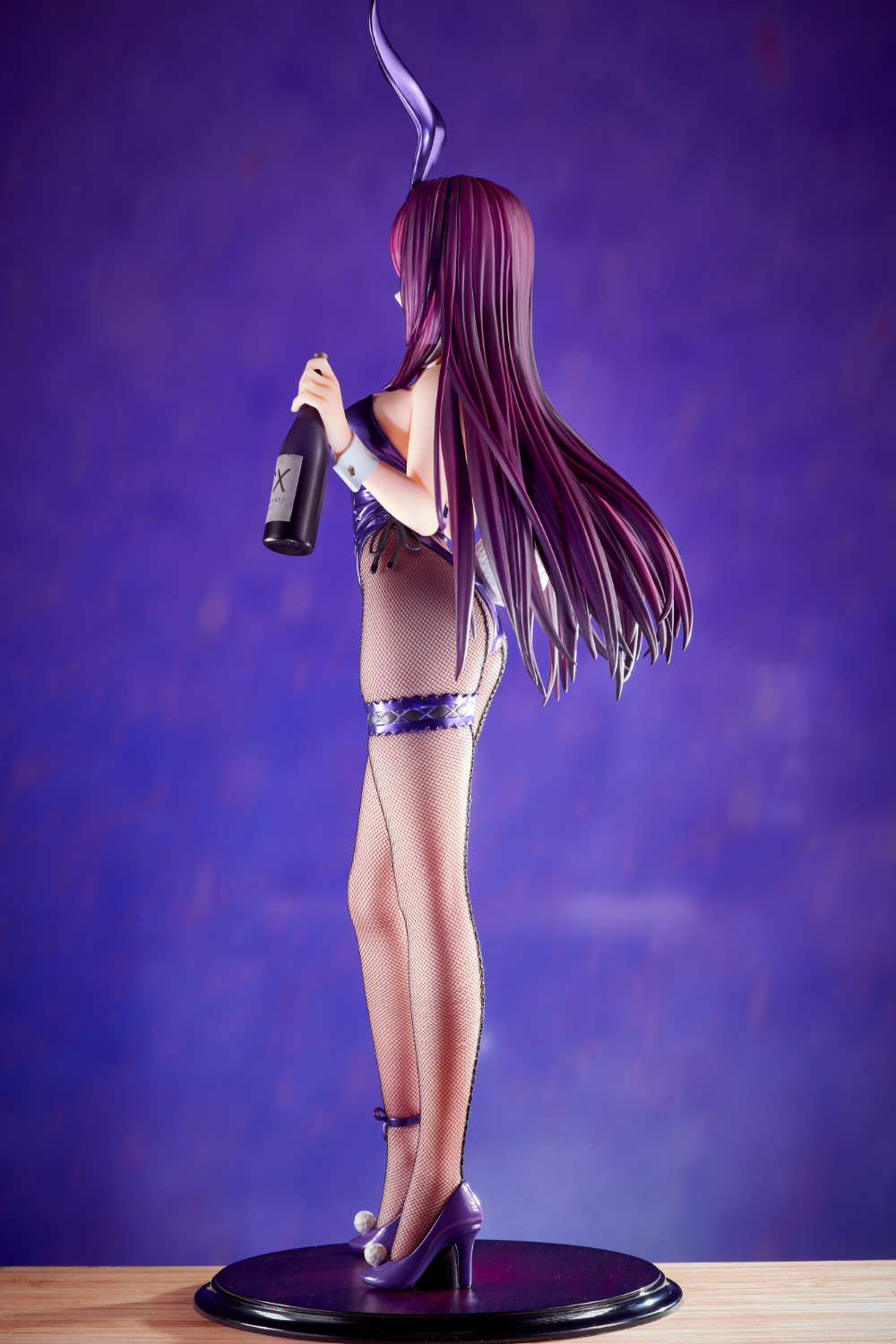 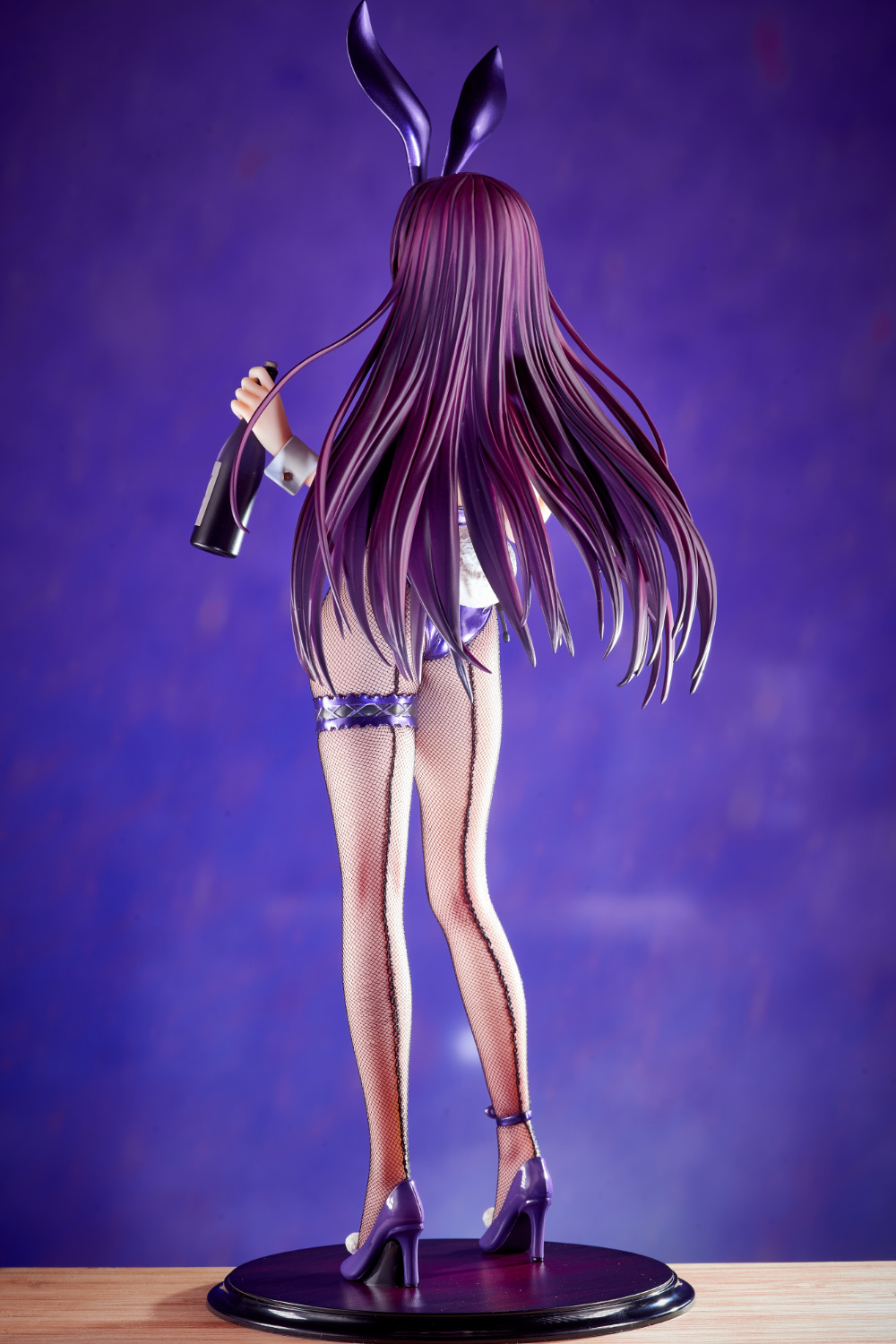 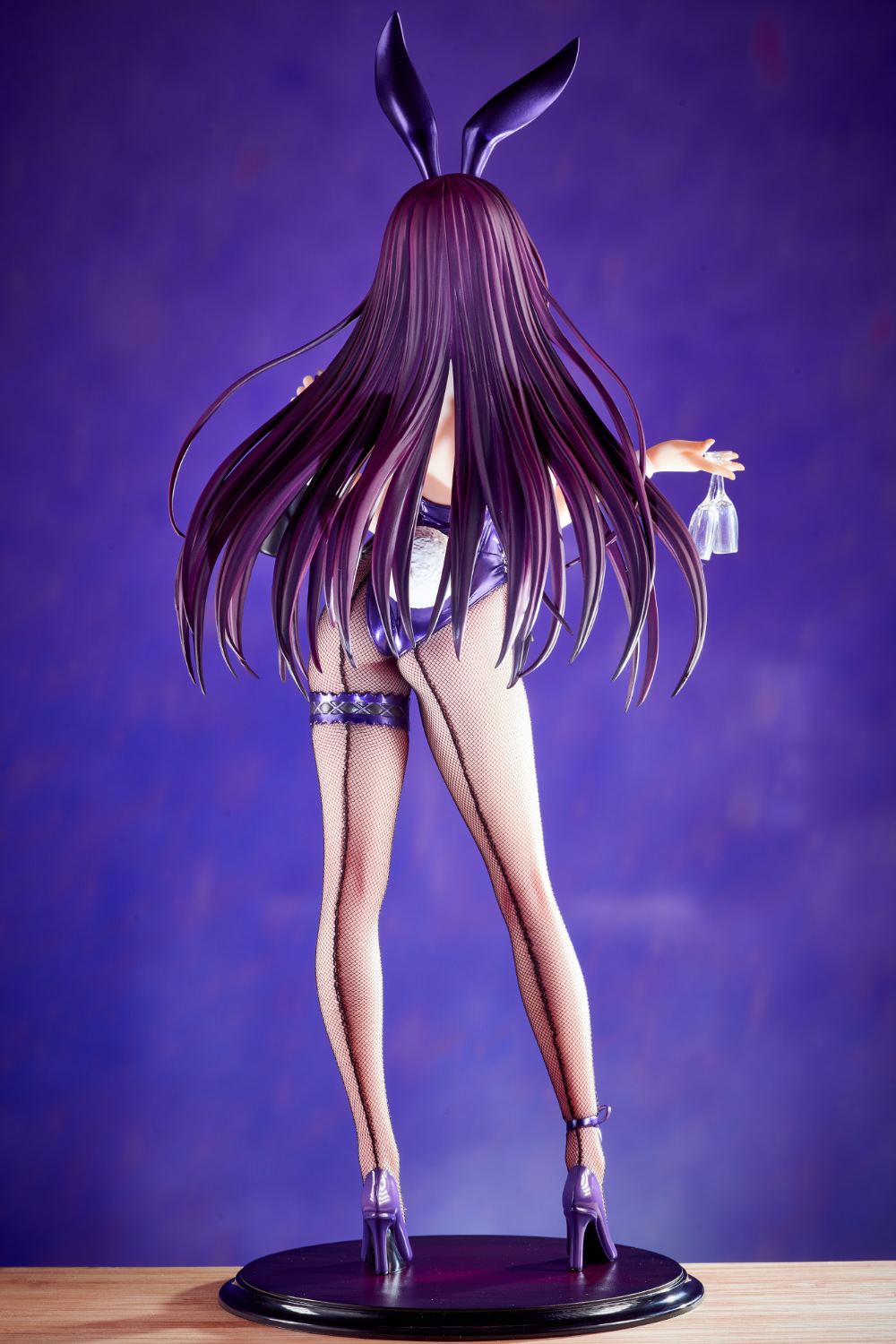 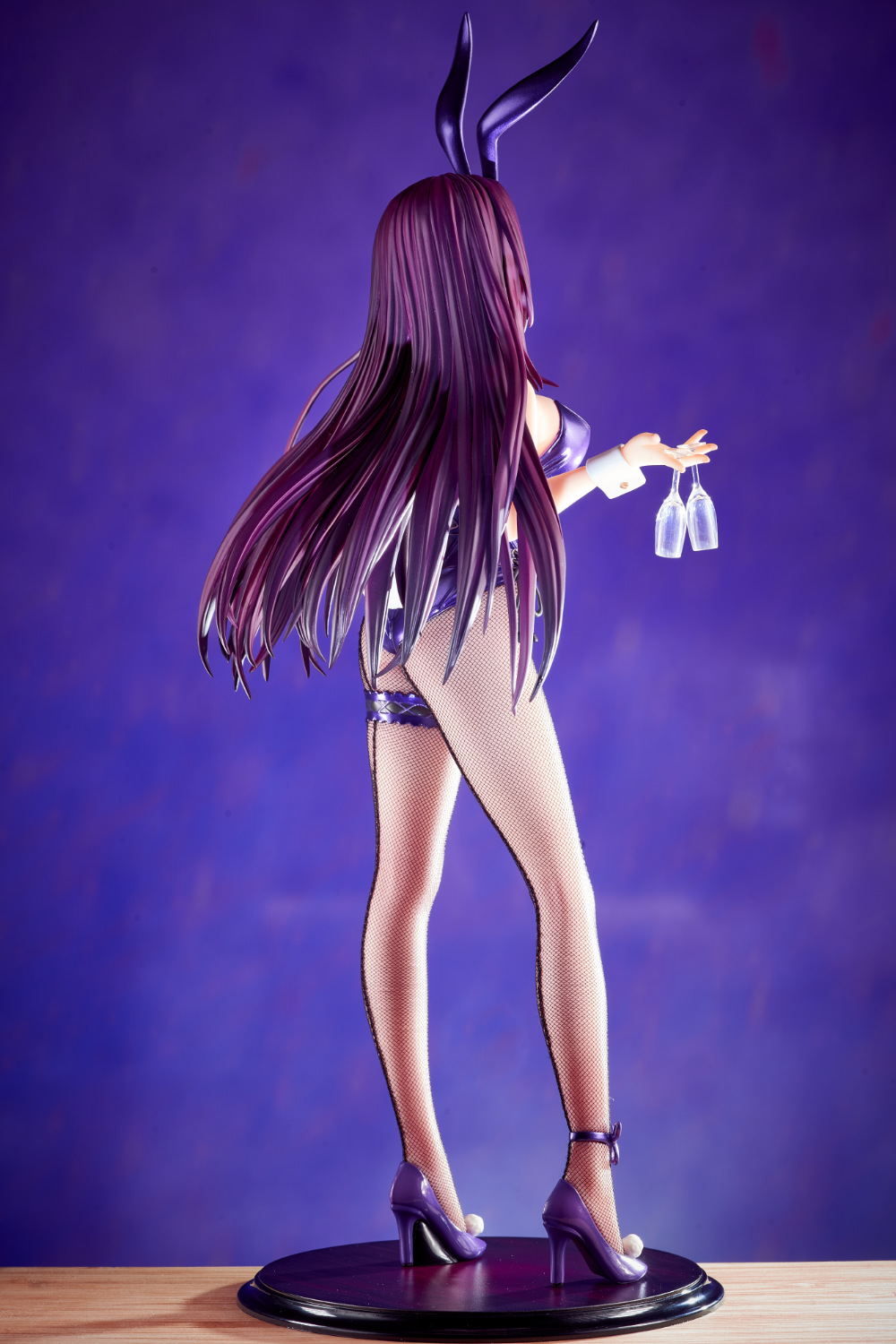 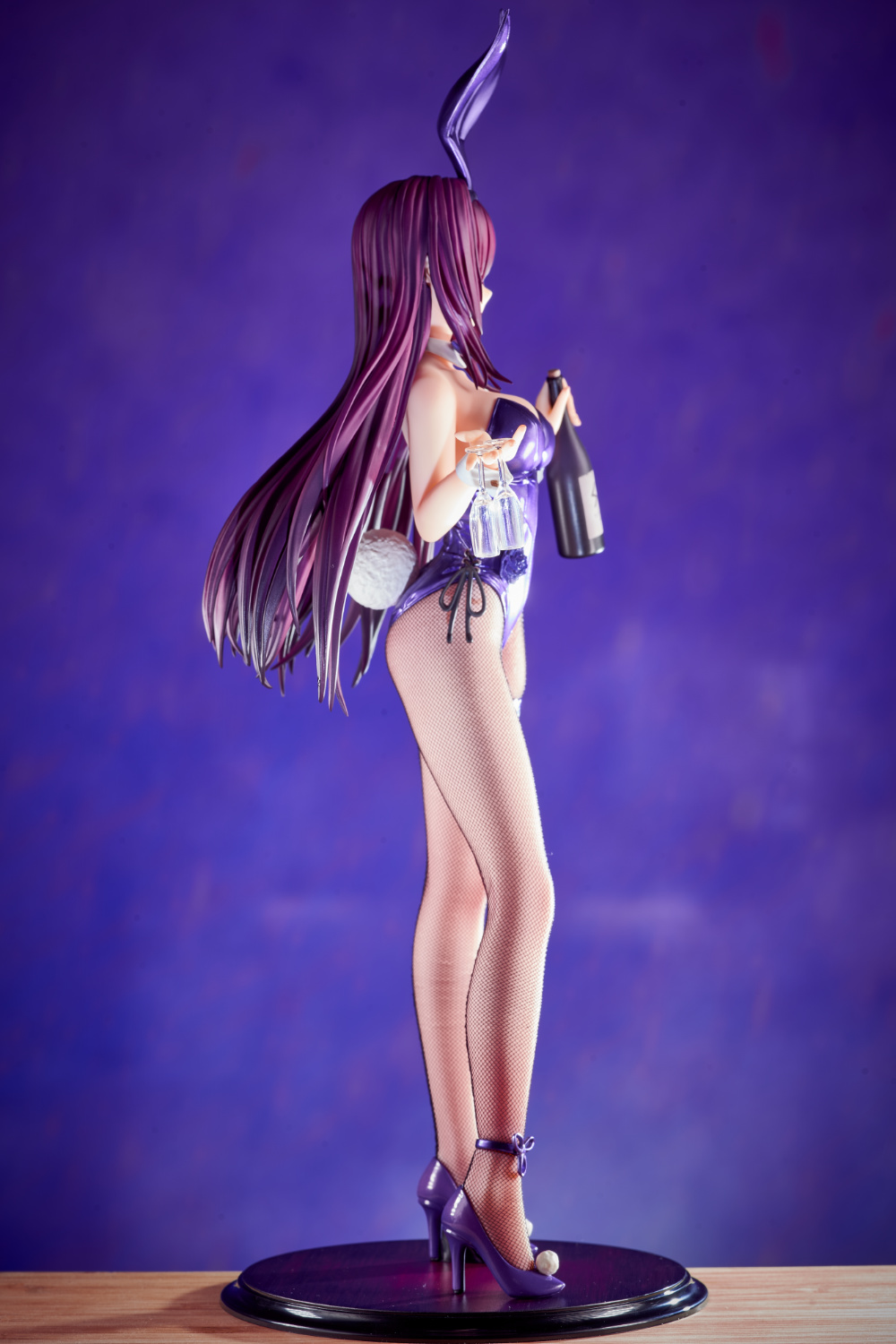 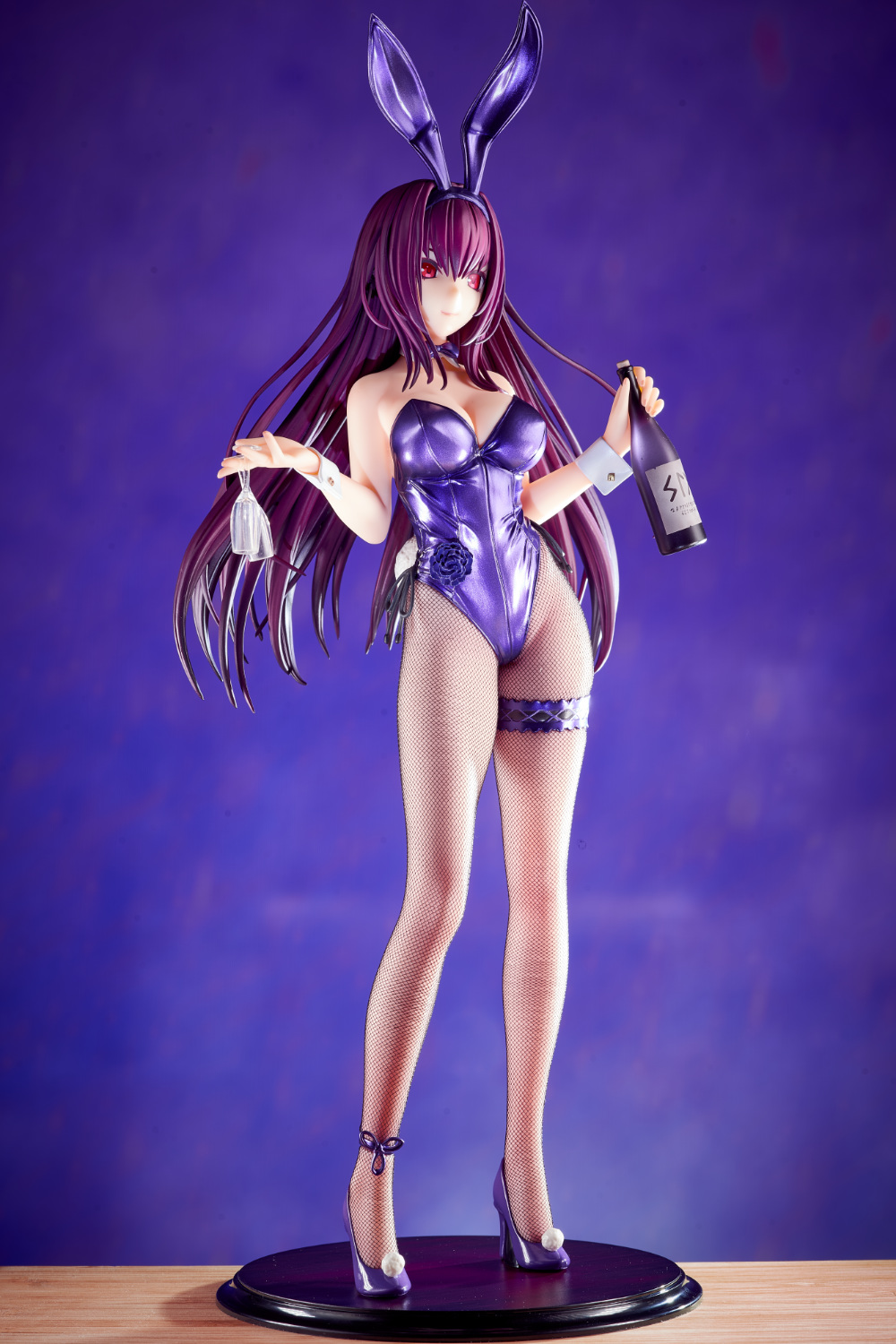 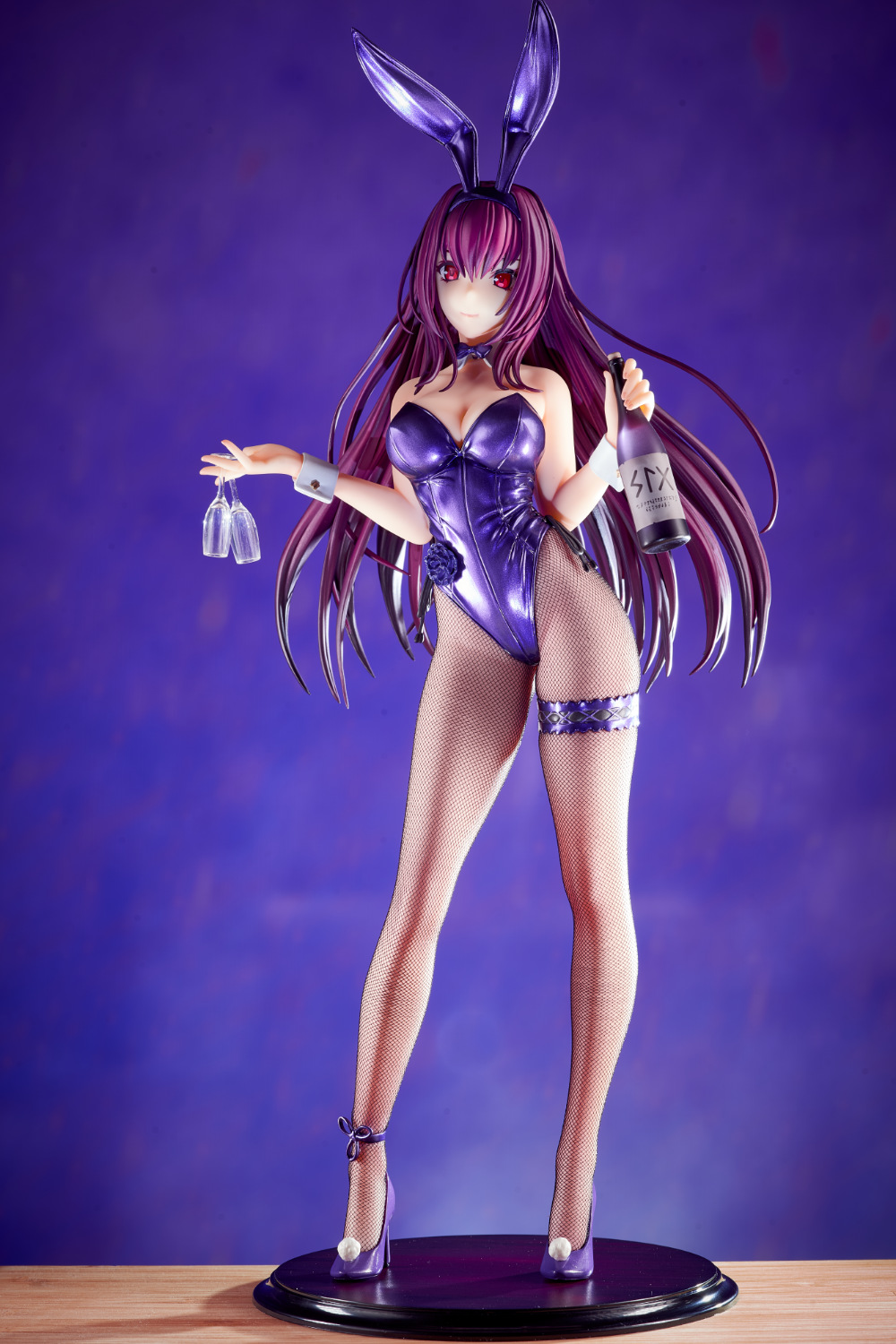 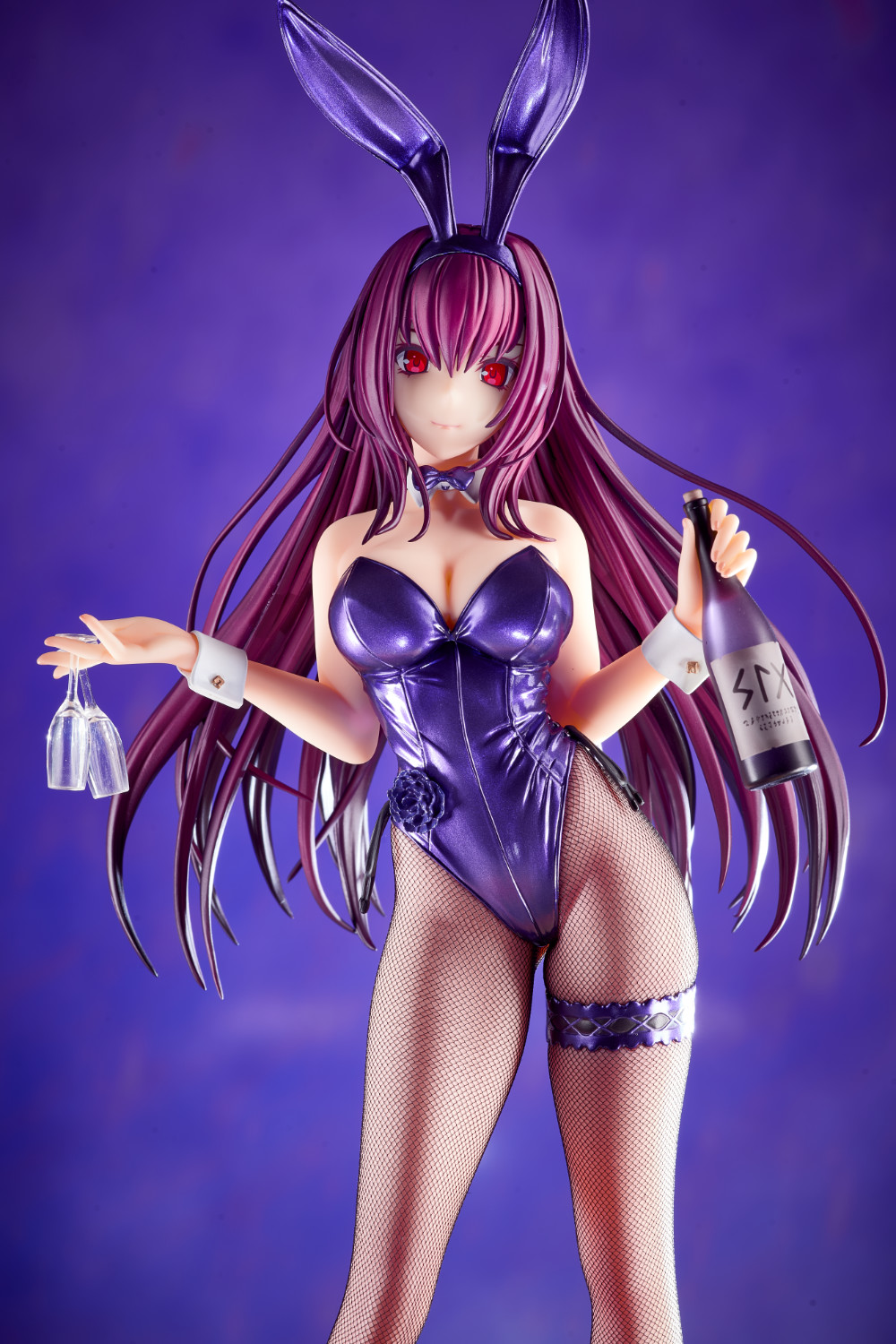 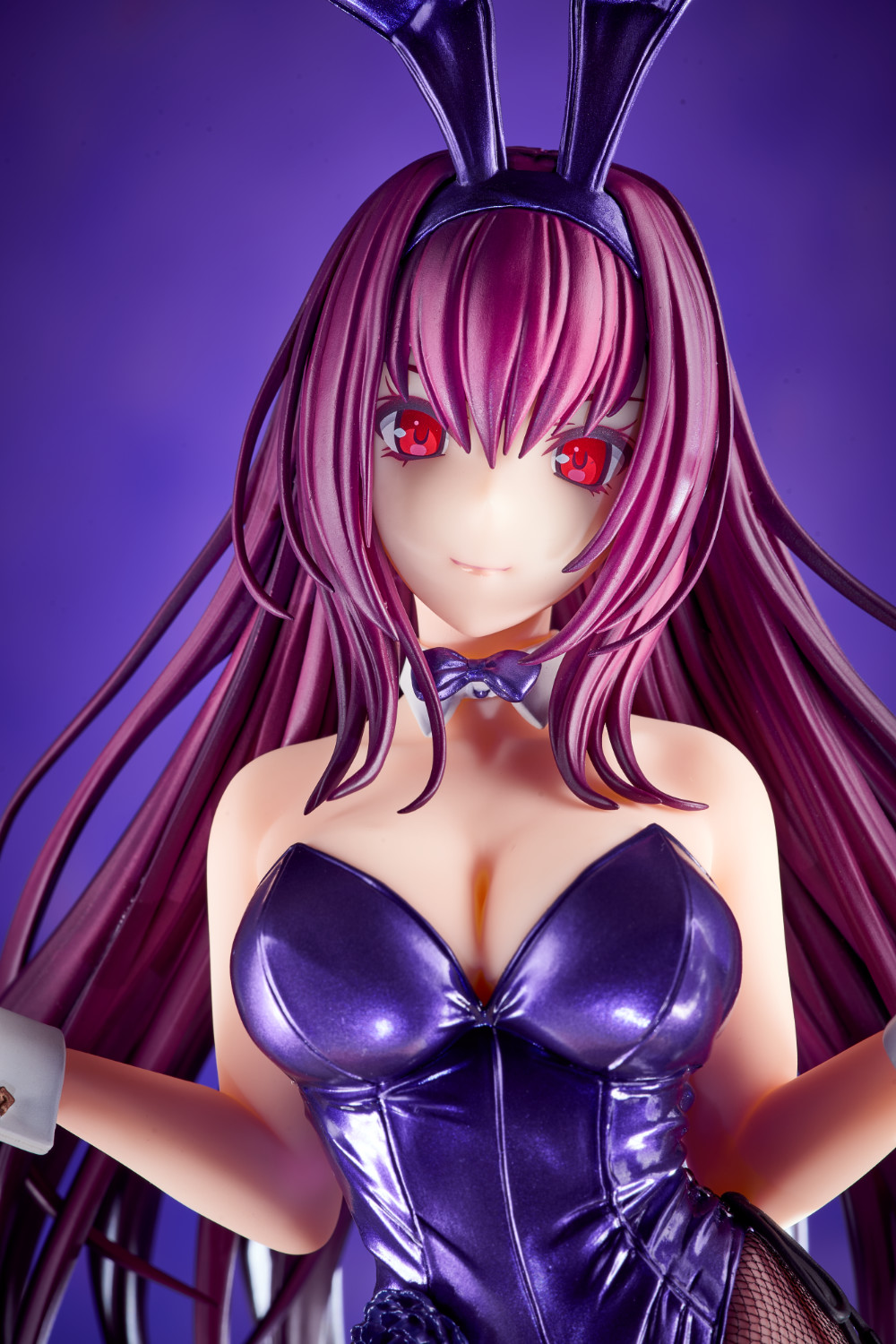 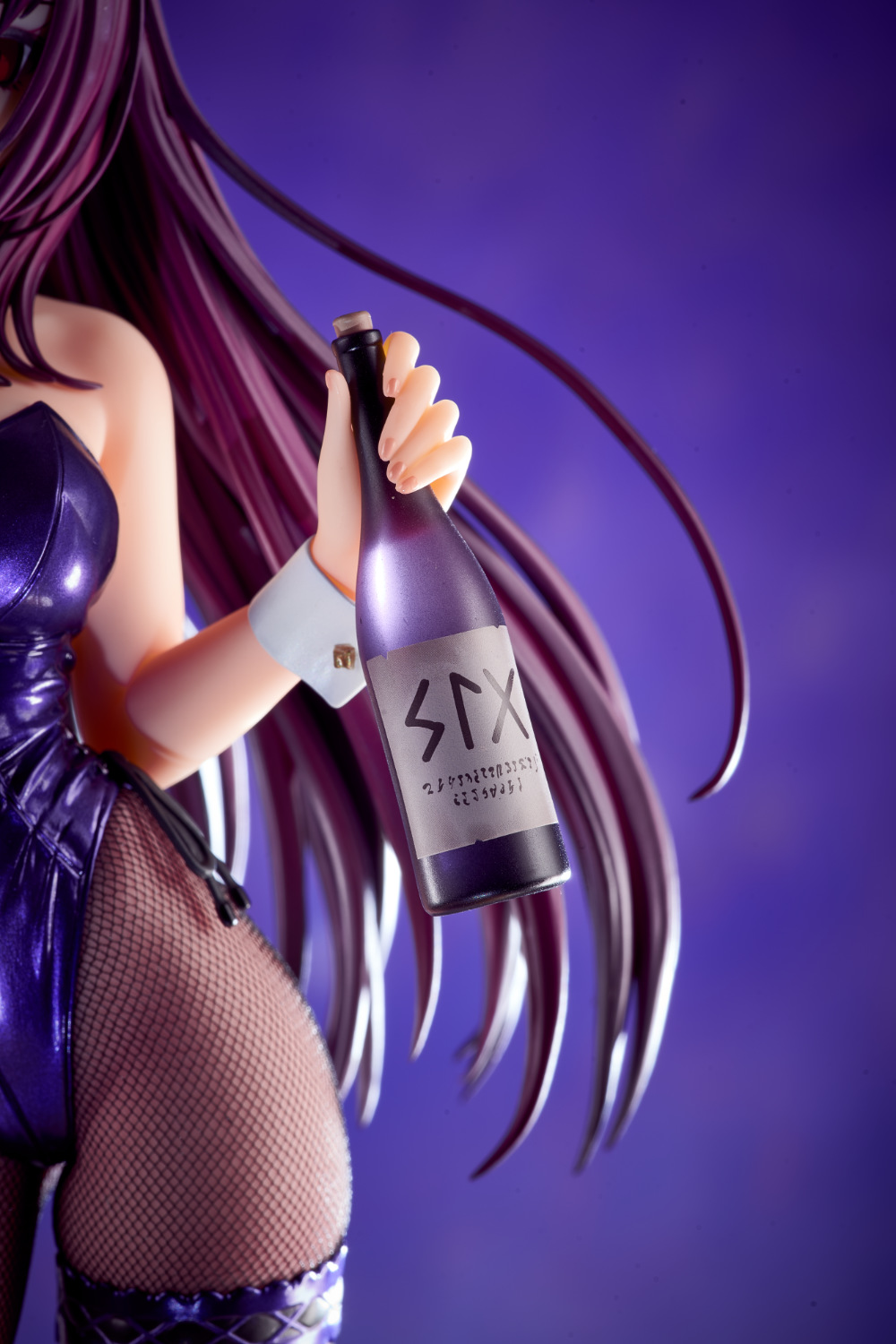 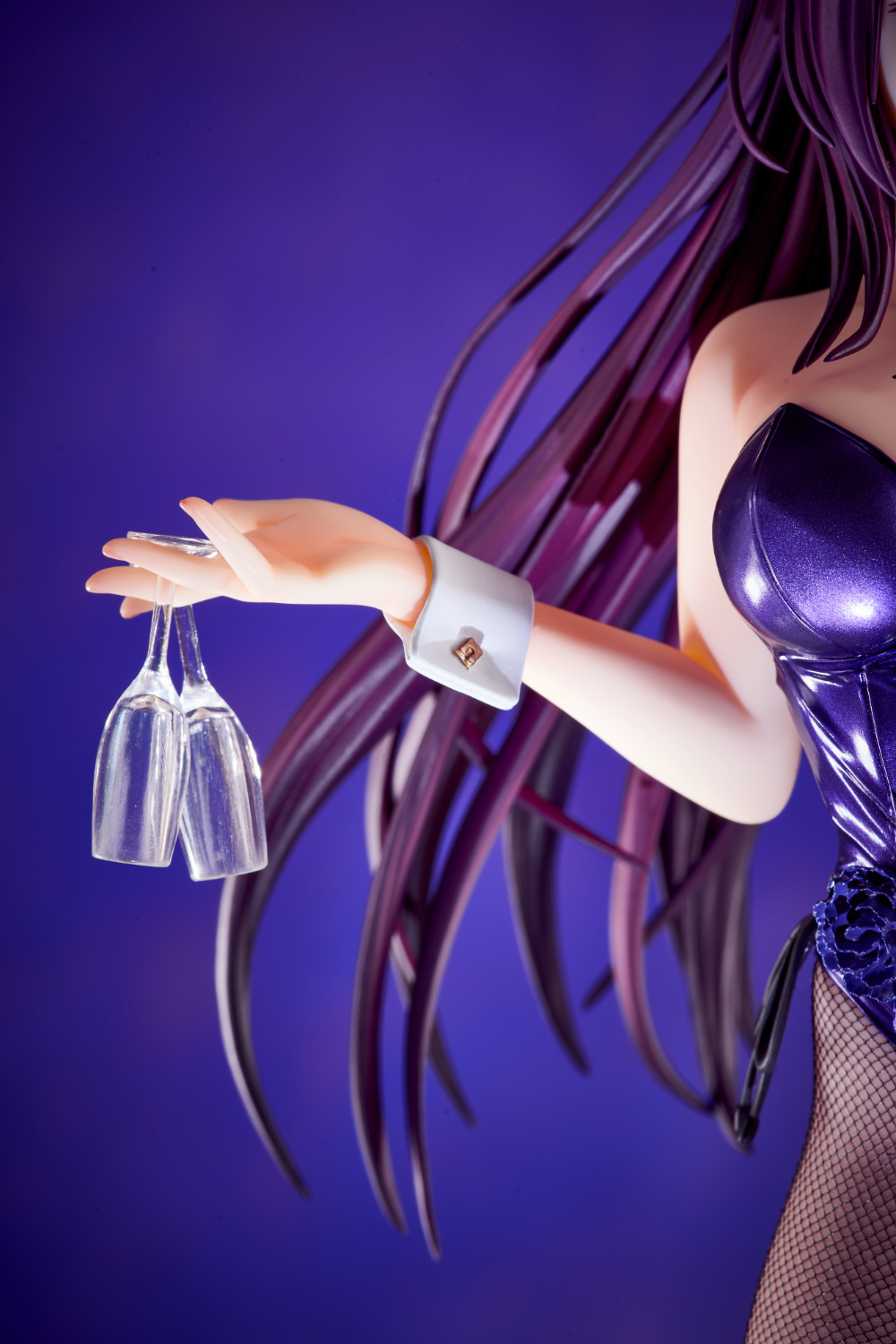 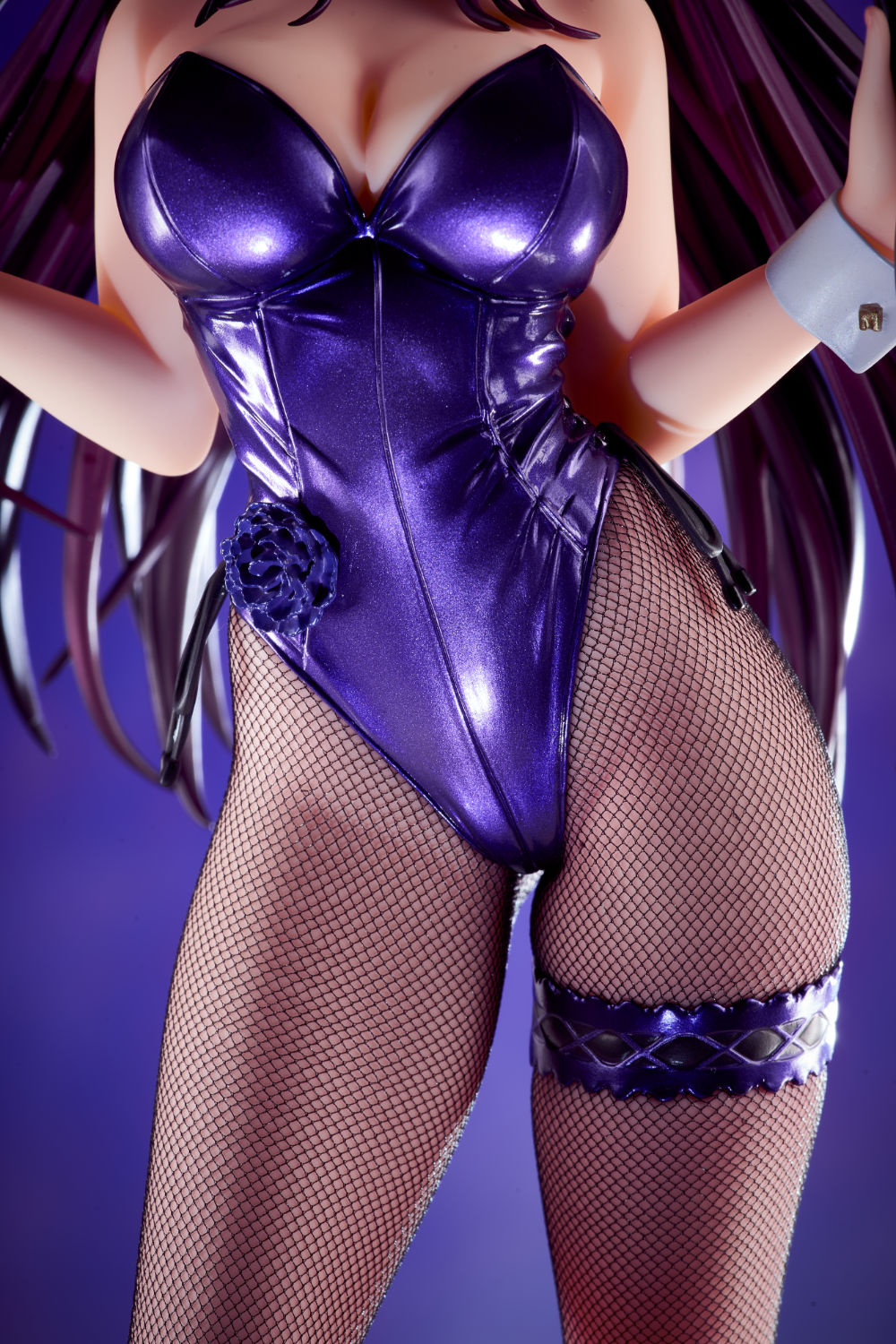 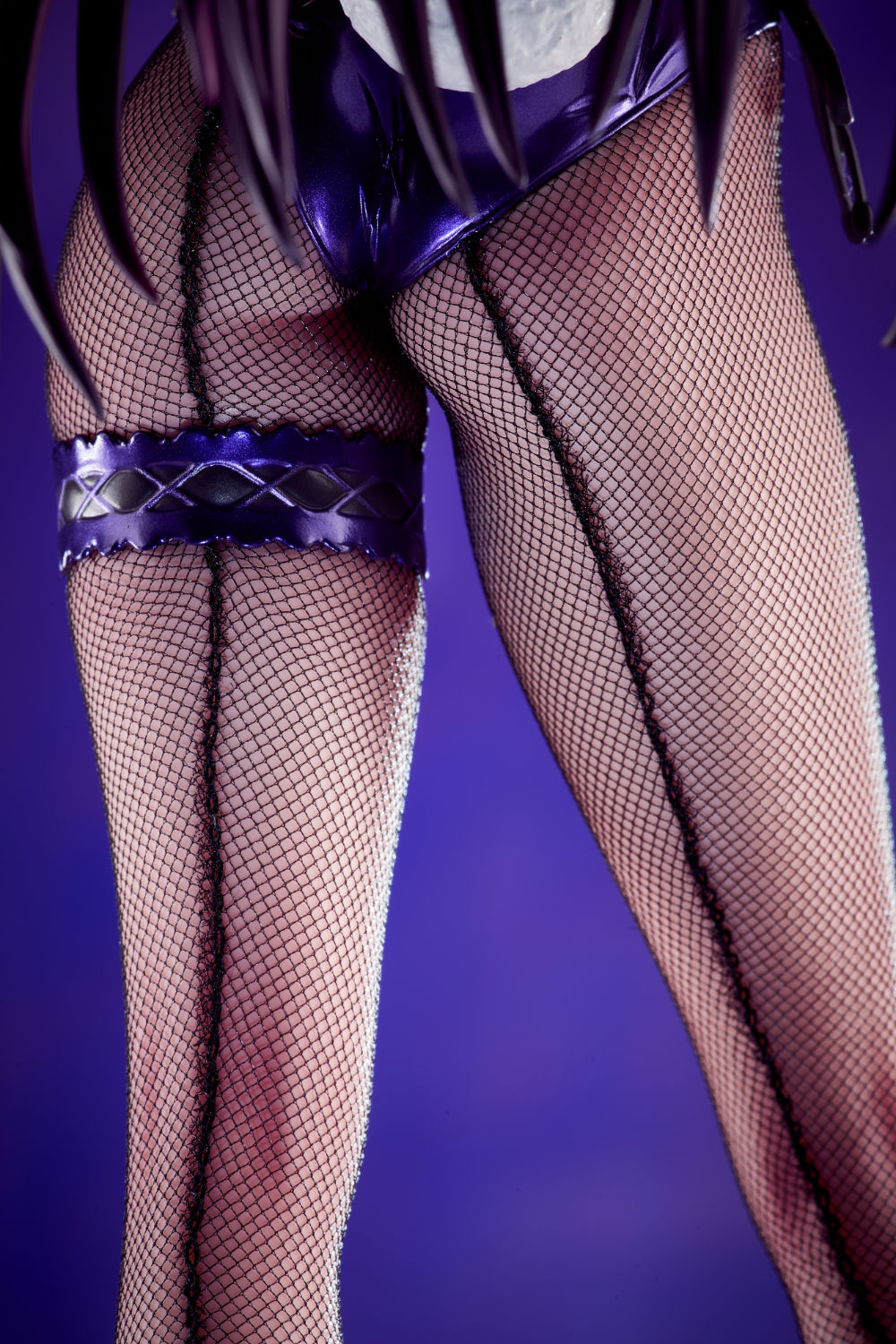 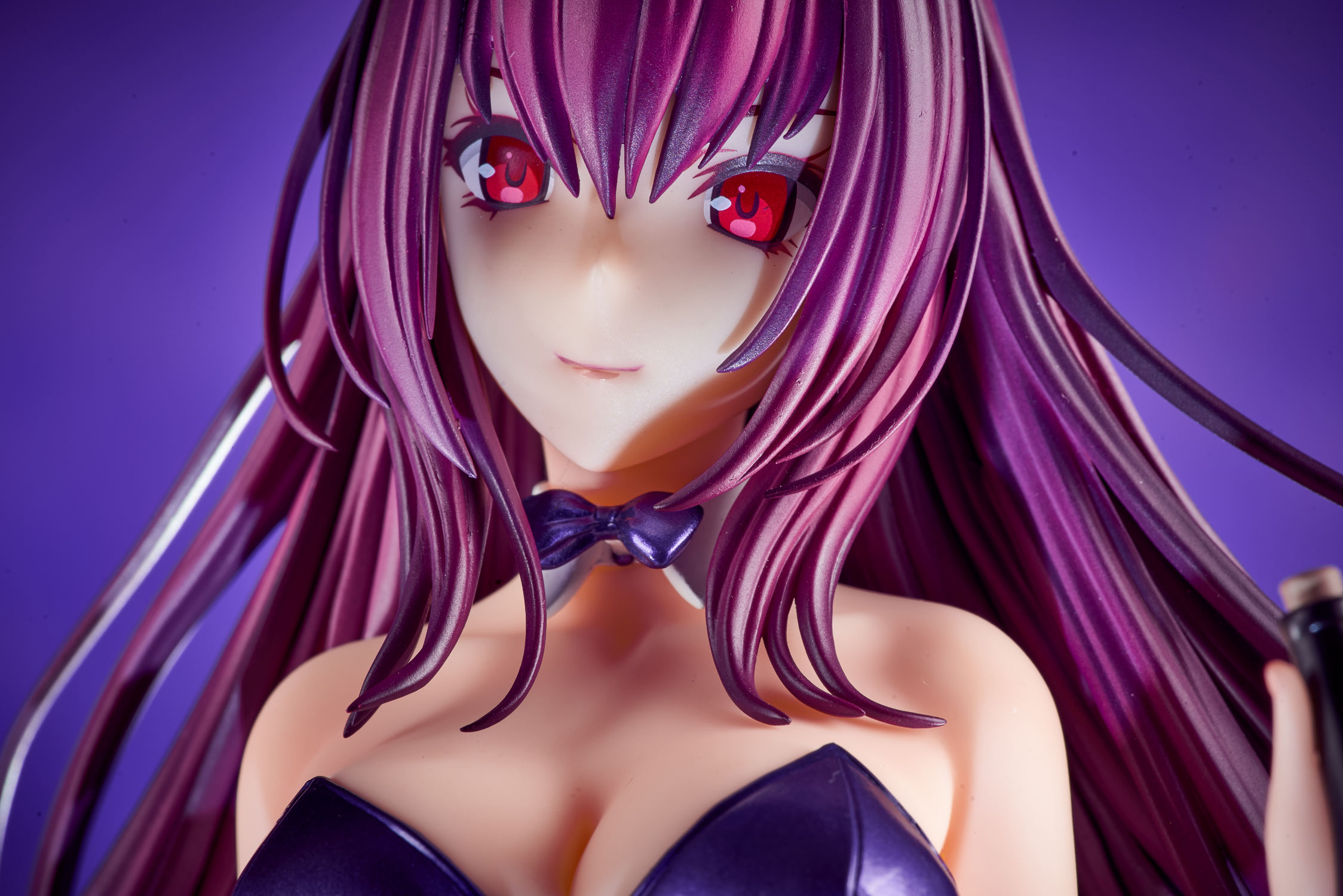 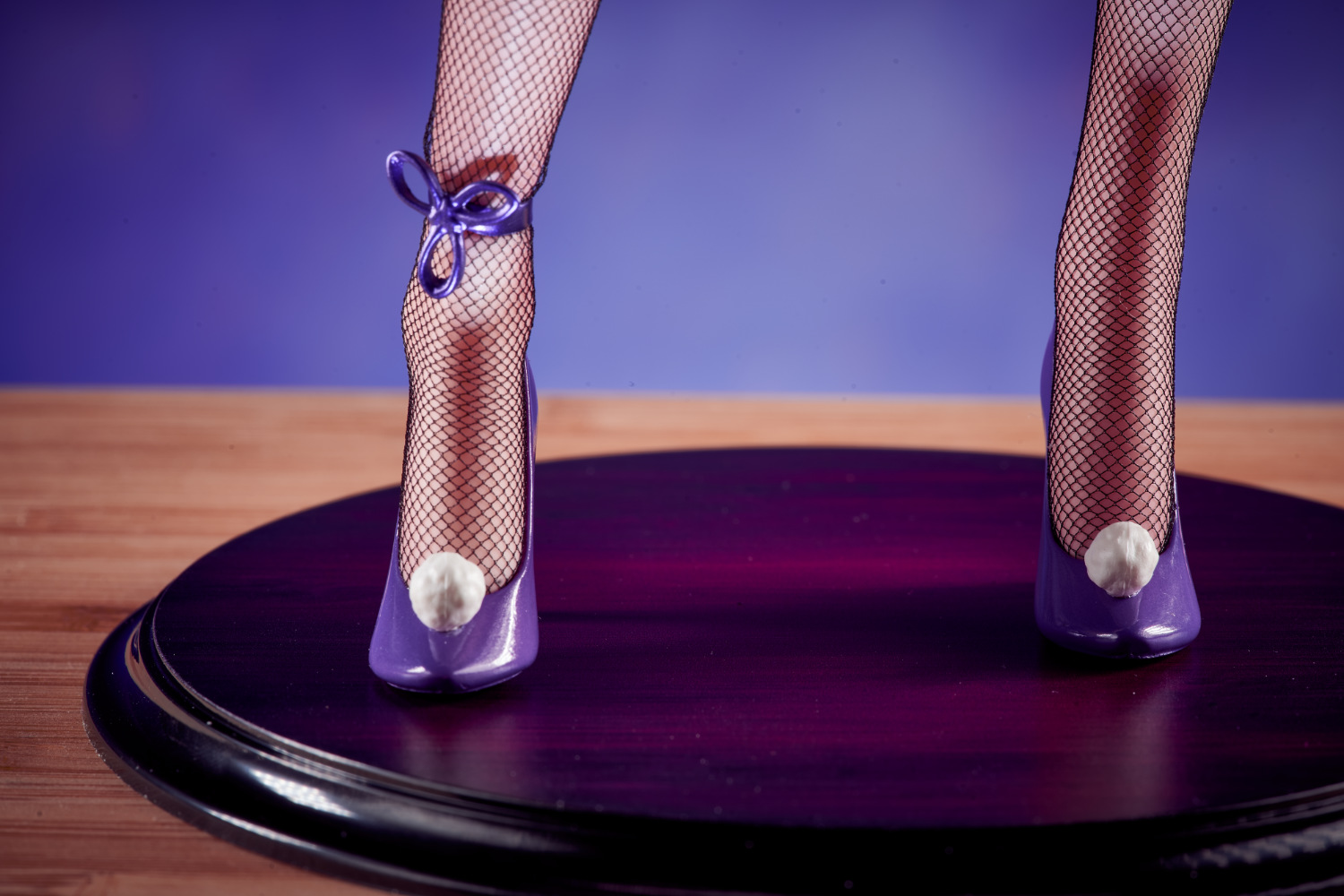