It's been much too long since we've reviewed an elf, so here's Lincia—"the 3rd villager" in the Elf Mura series, by Vertex.

Wielding a crystalline halberd, Lincia is based on an illustration by Parsley for the Elf Village figure series. Continuing the trend of cute but impractical elven dress, Parsley's illustration features the same gold accents and hair with her sisters, gazing confidently at the viewer. The question is, did Vertex maintain the same level of quality here as their previous works?

The answer is a resounding yes.

Standing at a scale of 1/6 and 25cm, Vertex's Lincia is an excellent recreation of Parsley's original illustration—even including all of the minor details. Shall we take a closer look?

A lot to break down here.

First off, the paint. The contrast in the various shades of blue in her polearm, pantsu, butterfly clasp, breastpieces, eyes, and gems provide excellent visual contrast against Lincia's pale white skin. This is all complemented by the gilding on her armour and translucent pieces, which together work really well in conveying the elven aesthetic present in Parsely's original illustration. Lincia's hair is also has different shades of yellow, which is great because this was lacking in previous figures in the series!

In terms of sculpt, Lincia also has been accurately represented—Parsley's more... normalised but still sexy proportions shining in this figure. Lincia's oppai much like the original illustration aren't being pressed together—hence the lack of a weld. Apart from being very shapely, they hint that Lincia while not on the thicker side may still pack a punch. A prominent ab-line alongside visible ribs hint at Lincia being low on the body fat scale, if her hourglass figure didn't do so already. These are followed by a visibly sculpted navel, and what is that—a thigh gap!?

Because yes—much like her breasts, Lincia also has quite the butt. Flanked by the very same butterfly clasp and translucent elven cloth, Lincia's backside is truly something to behold. Similarly to her anterior, Lincia's upper back reflects more visible musculature, including "Dimples of Venus" or butt dimples—the two indents above her butt.

Shall we remove the back piece and take a closer look?

Upon closer inspection, Lincia definitely has quite the shapely butt. If the way her black pantsu dig between her buttocks didn't indicate this, then the folds between them and her thighs definitely do. And on that note, her thighs are surprisingly thiccer than we had perhaps indicated.

Moving downwards to Lincia's legs, we can see her intricately designed leggings, adorned with the same gilding and held up with white garter belts. Most notable here are the kneecaps, which do signal that Lincia likes to get up-close and personal to dispatch her adversaries!

Talking about dispatching adversaries, this halberd isn't your regular polearm. Funnily enough, this reminded me of the "Crystal Halberd" from the critically acclaimed mmorpg, Runescape (thought I was going to say FFXIV, didn't you!)—which is also coincidentally wielded by the elves, who are lot less cuter than the one we are reviewing today.

The polearm itself is very similar to the one Parsley had in their illustration, and features the same colours in the rest of her outfit. It looks sharp, both figuratively and literally!

Here's a closer look at the translucent pieces flowing from her outfit. These look really good—especially the blue gem acting as a stopper for the gilded part. This same gem is used in Lincia's tiara and necklace, Vertex opting to also use the same paint in  her halberd pole and breastpieces. Nothing much to say here except it looks excellent, and begins to approach Alter levels of quality (which is a big compliment!)

For my feet homies out there (and I'm not talking about the Imperial system), Lincia actually has really detailed feet and toes. I'm not sure if heels are the best footwear for combat, but they look pretty so we're giving it a pass. I also like that they chose to use a white base here, opposed to the green and blue ones used in Archeyle/Siika/Priscilla. And because the base was white, they had to write Lincia in gold, which coincides with the rest of her outfit.

And now, it's cast off time.

As you can see, the parts we were able to cast off were the armour around her waist, her breastpieces, and shoulder pads. This gives us a better look at her sculpt, which still looks great. But I know what you're thinking, so let's not waste any time and get down to business.

As vulgar as the term may be, the best words I can use to describe Lincia's oppai are as none other than... "Torpedo Titties".

To consult Urban Dictionary, this term can be defined as:

"Breasts in which the nipple and areola are on the high side of the breasts so that they appear to curve up."

I concur. Lincia's oppai are quite spectacular. They're the perfect combination of bulbous and pointy (stole that one from Urban Dictionary too, sue me), with the lack of a weld being icing on the cake. Nothing much else to say here other than they looked good with the armour on, and they look even better with the armour off.

And here's a closer look at her upper half while cast-off. Lincia's confident gaze whilst baring her breasts is quite the sight, that's for sure.

And thus that brings us to the end of this review. Out of all the Elf Village figures I've reviewed so far, Lincia might be my favourite. I do say so far, because we will eventually be reviewing the Elf Villagers by Matarou. But for now, Lincia gets the crown—great QC, great sculpt, great paintwork. If I had to levy any criticism, I guess her pose could be more dynamic, but this role is somewhat fulfilled by the way the translucent parts on her outfit seem to flow in the wind, so I can't be too harsh.

If she's still available, definitely pick her up!~

Thanks for reading and enjoy the rest of the shots <3 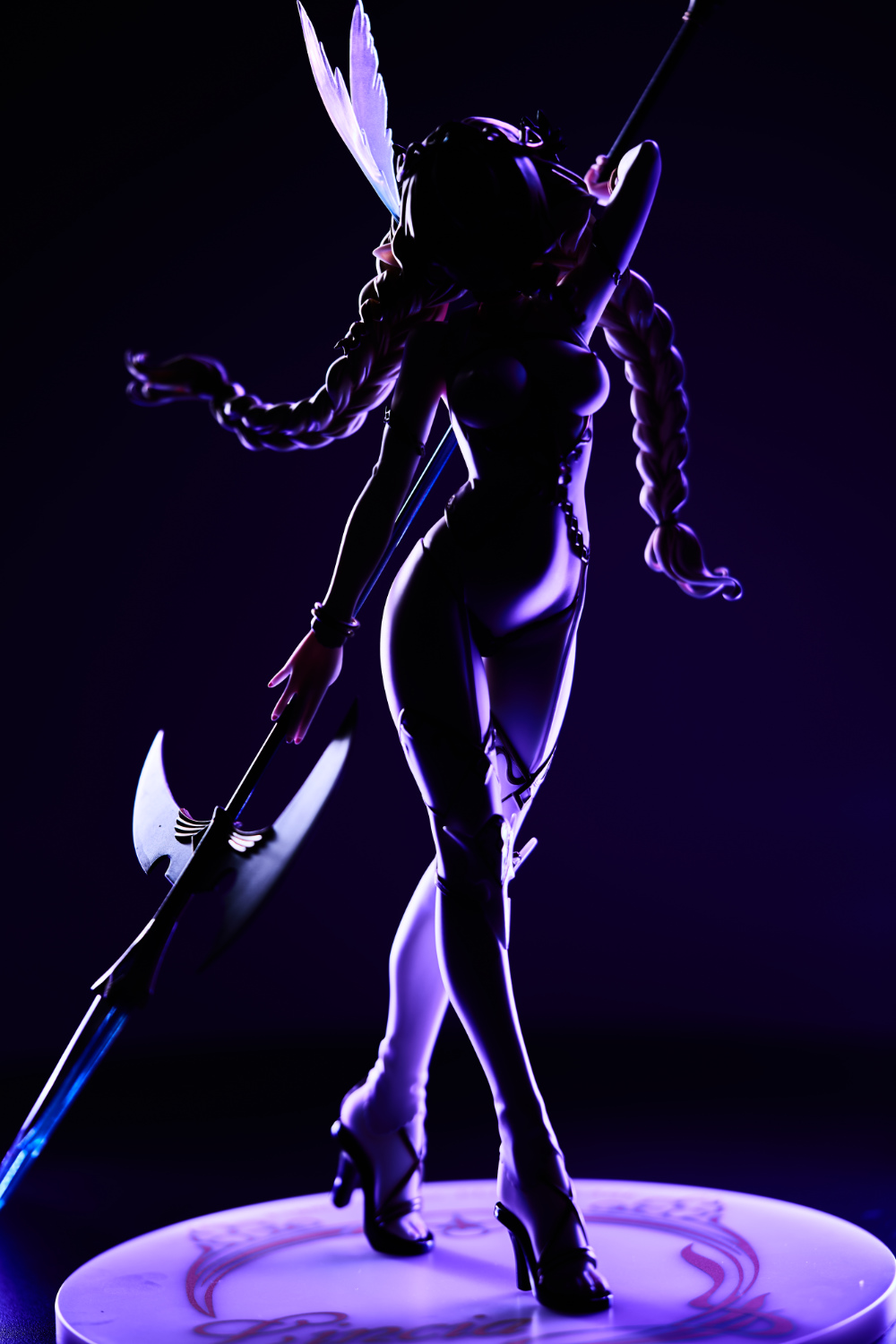 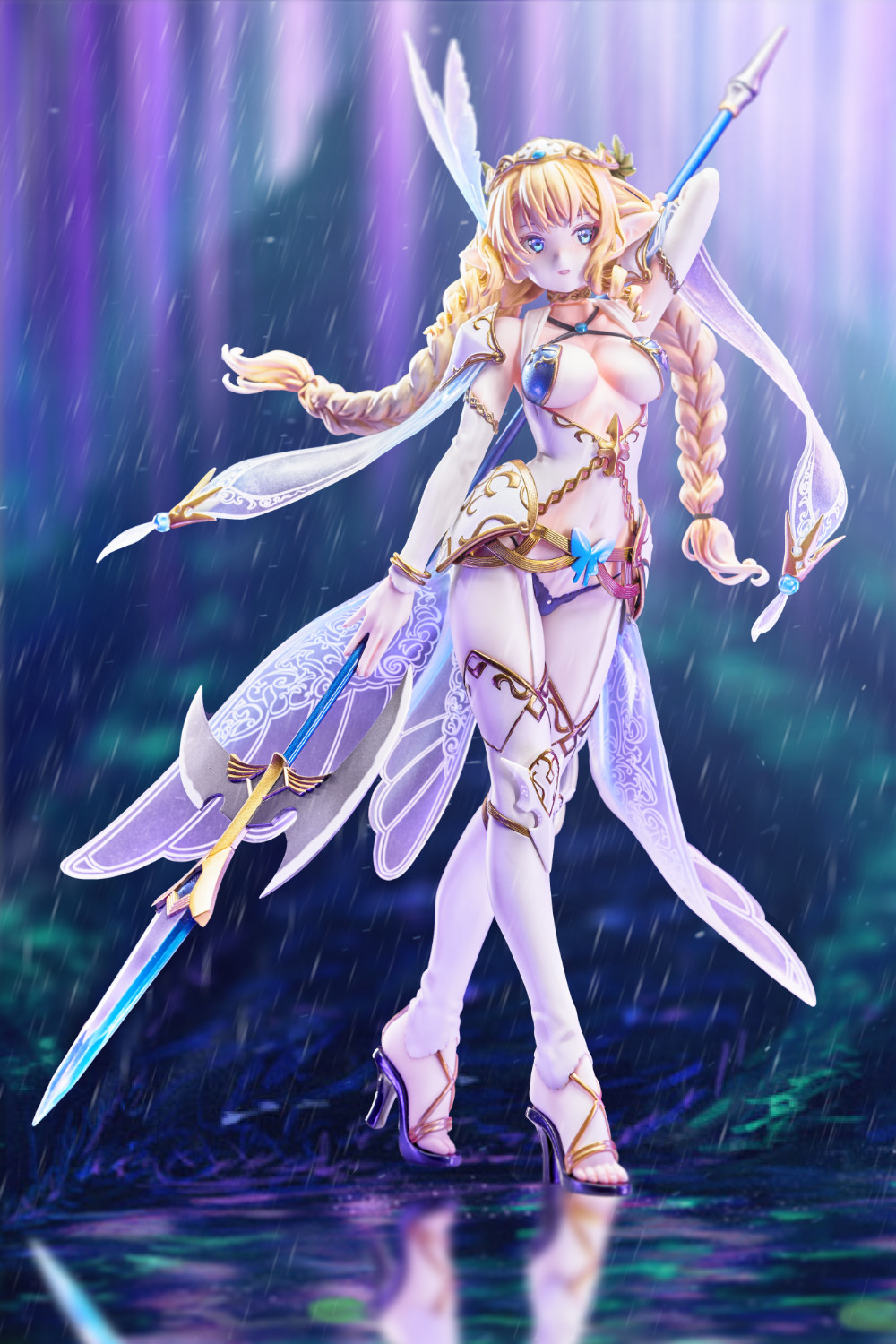 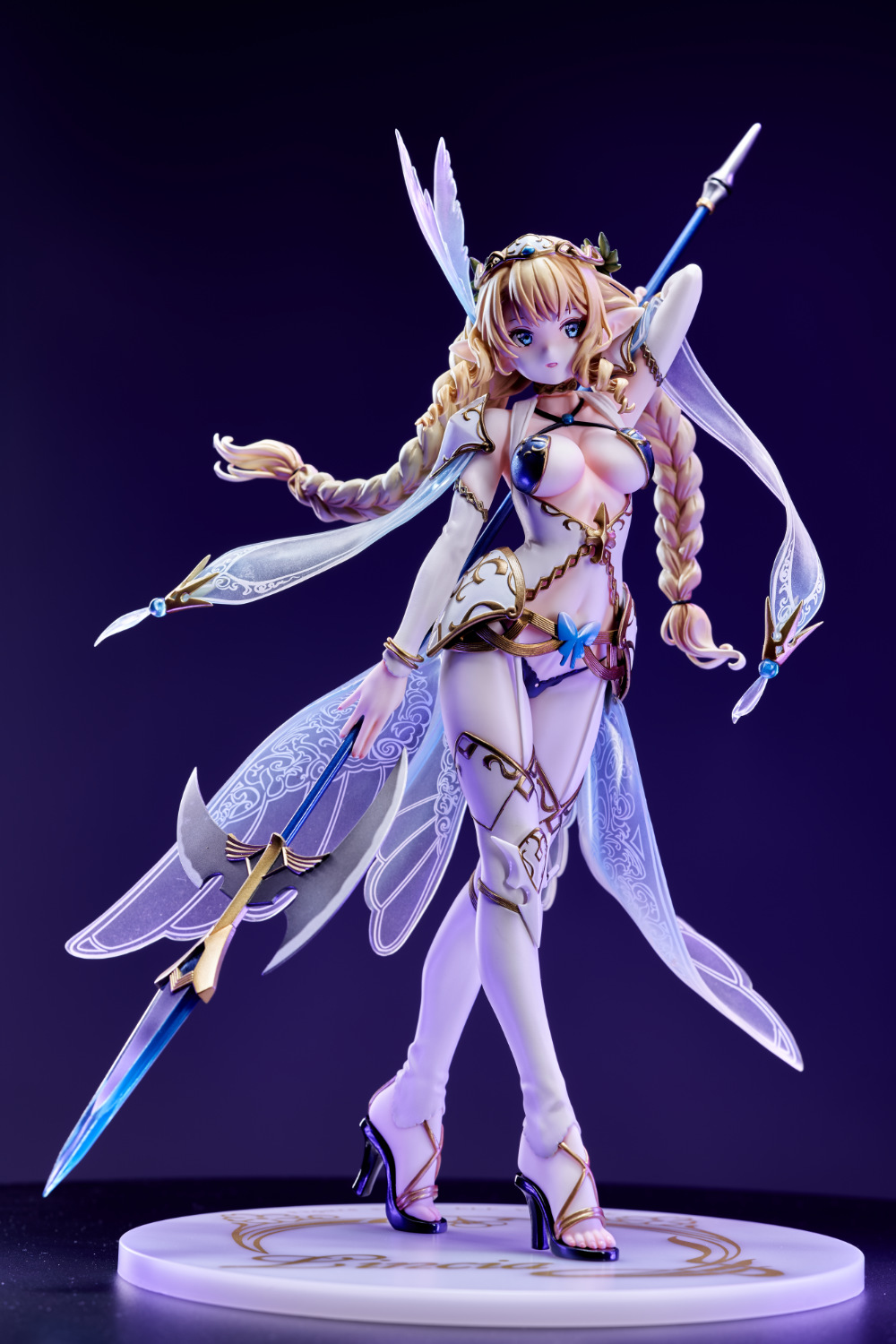 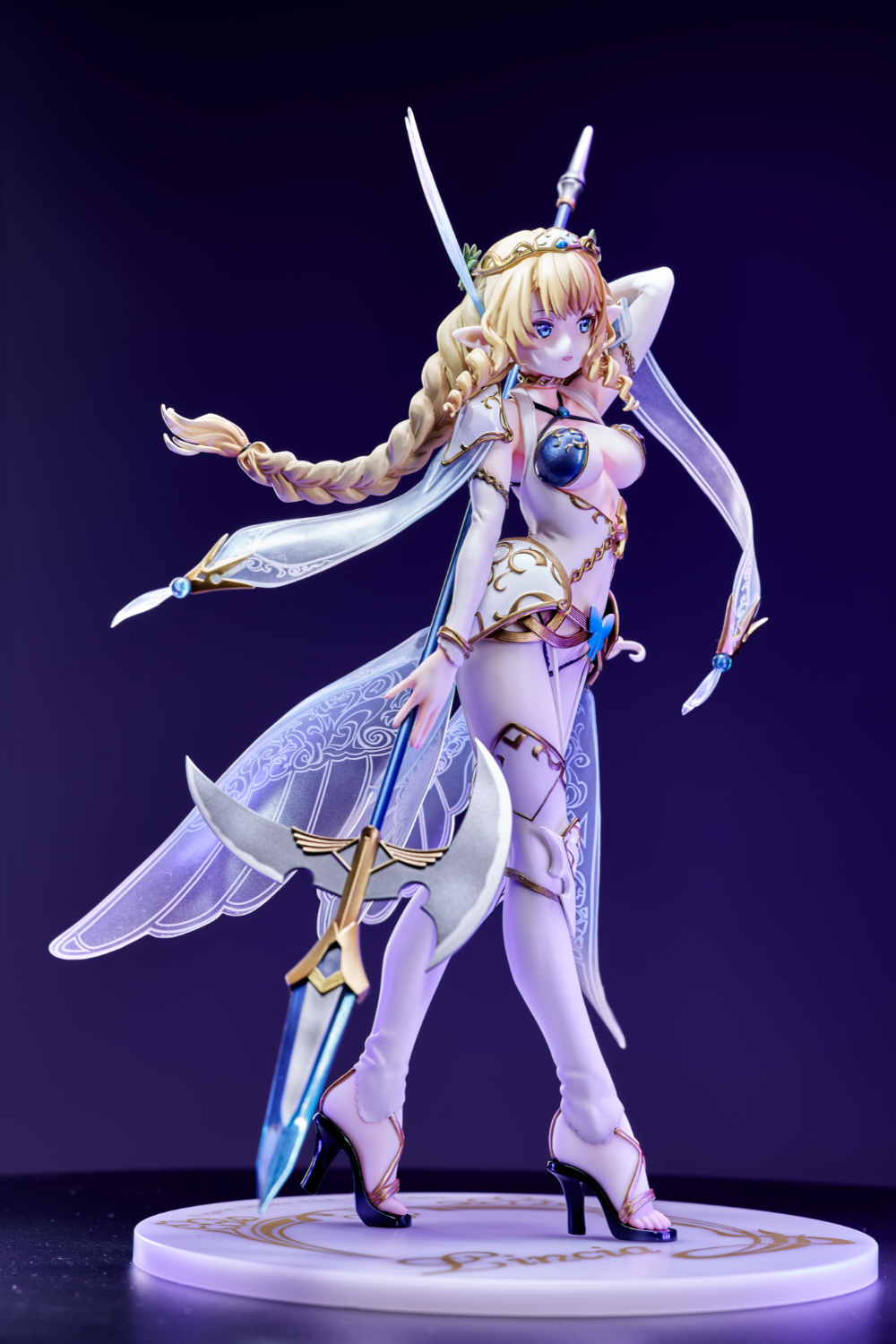 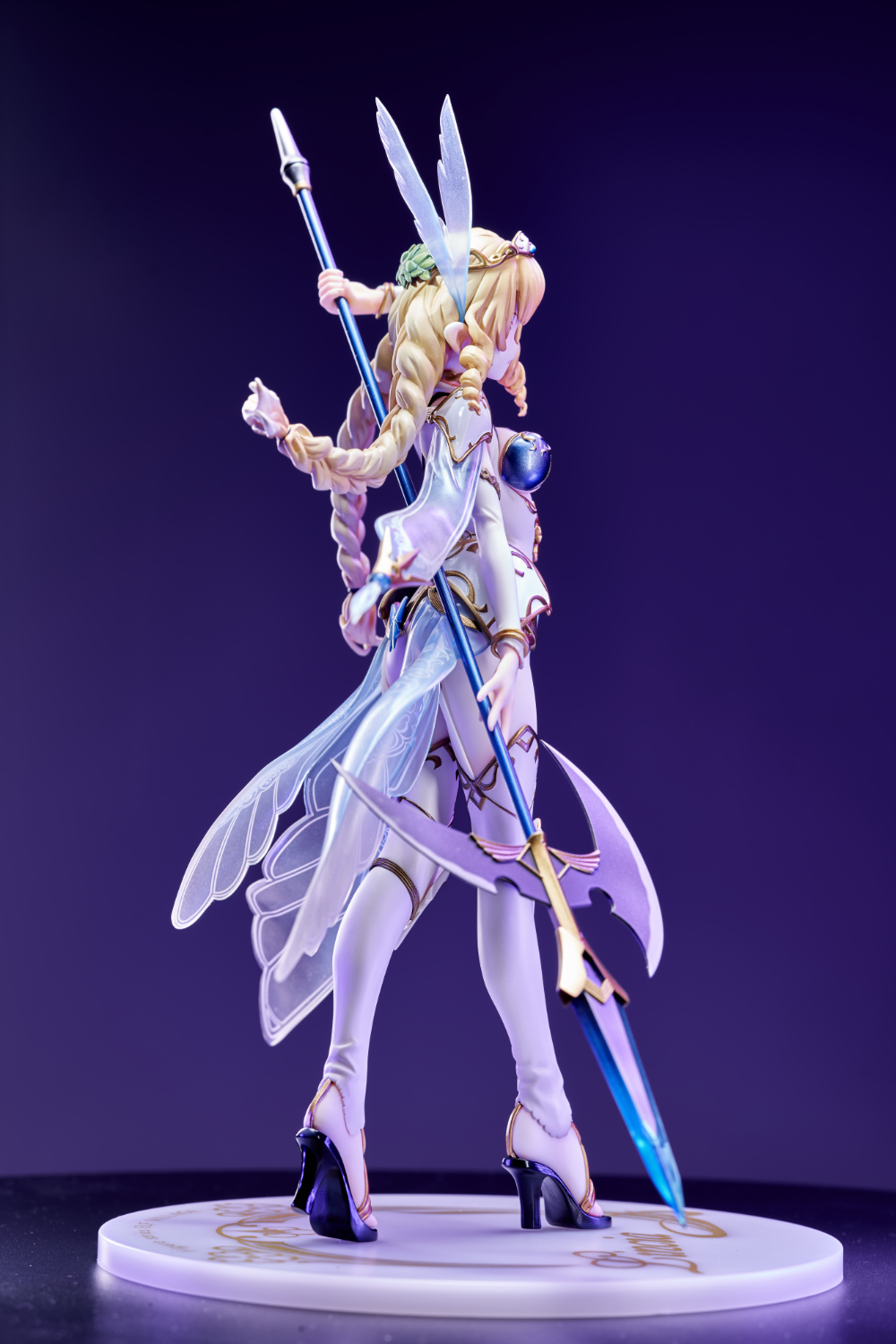 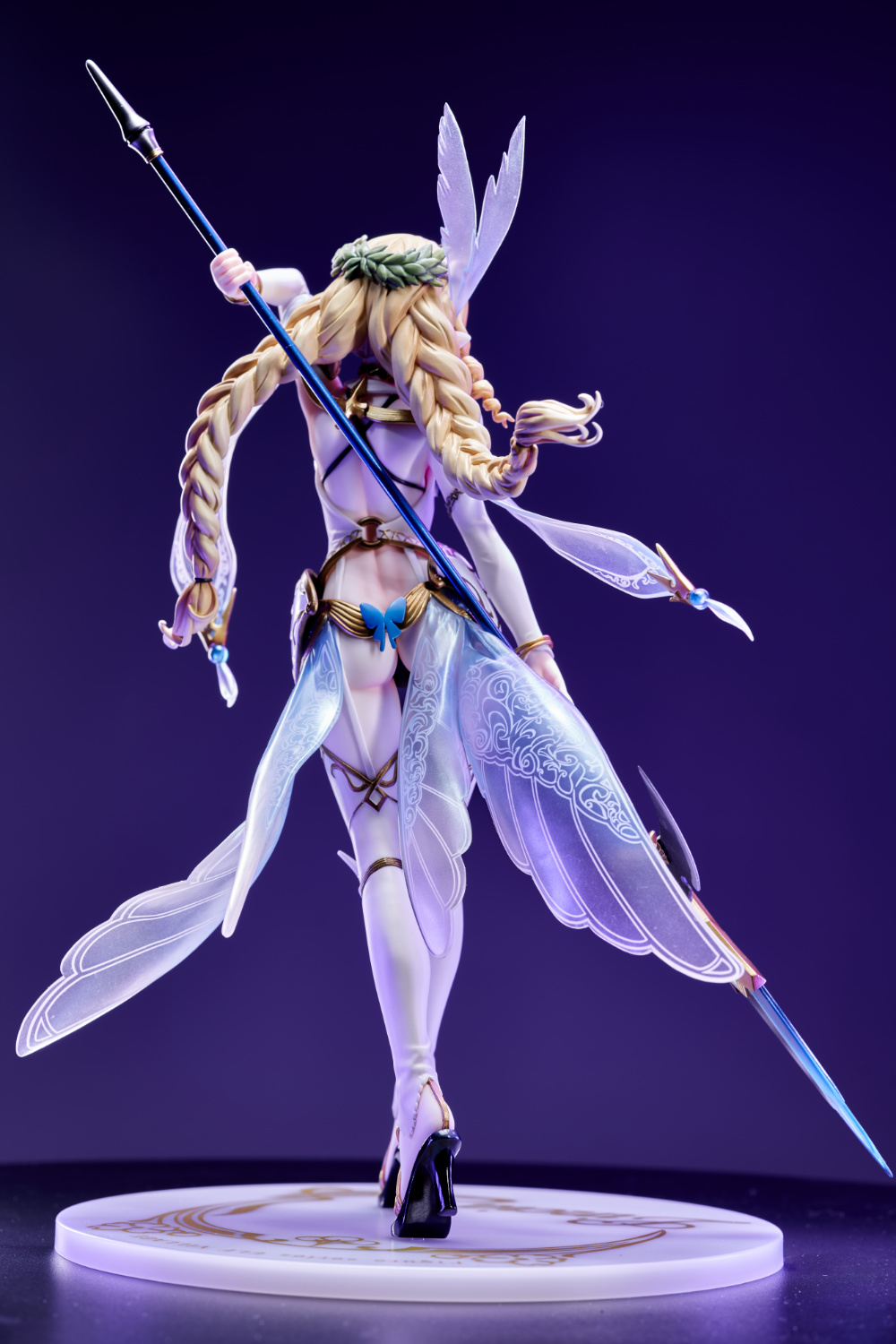 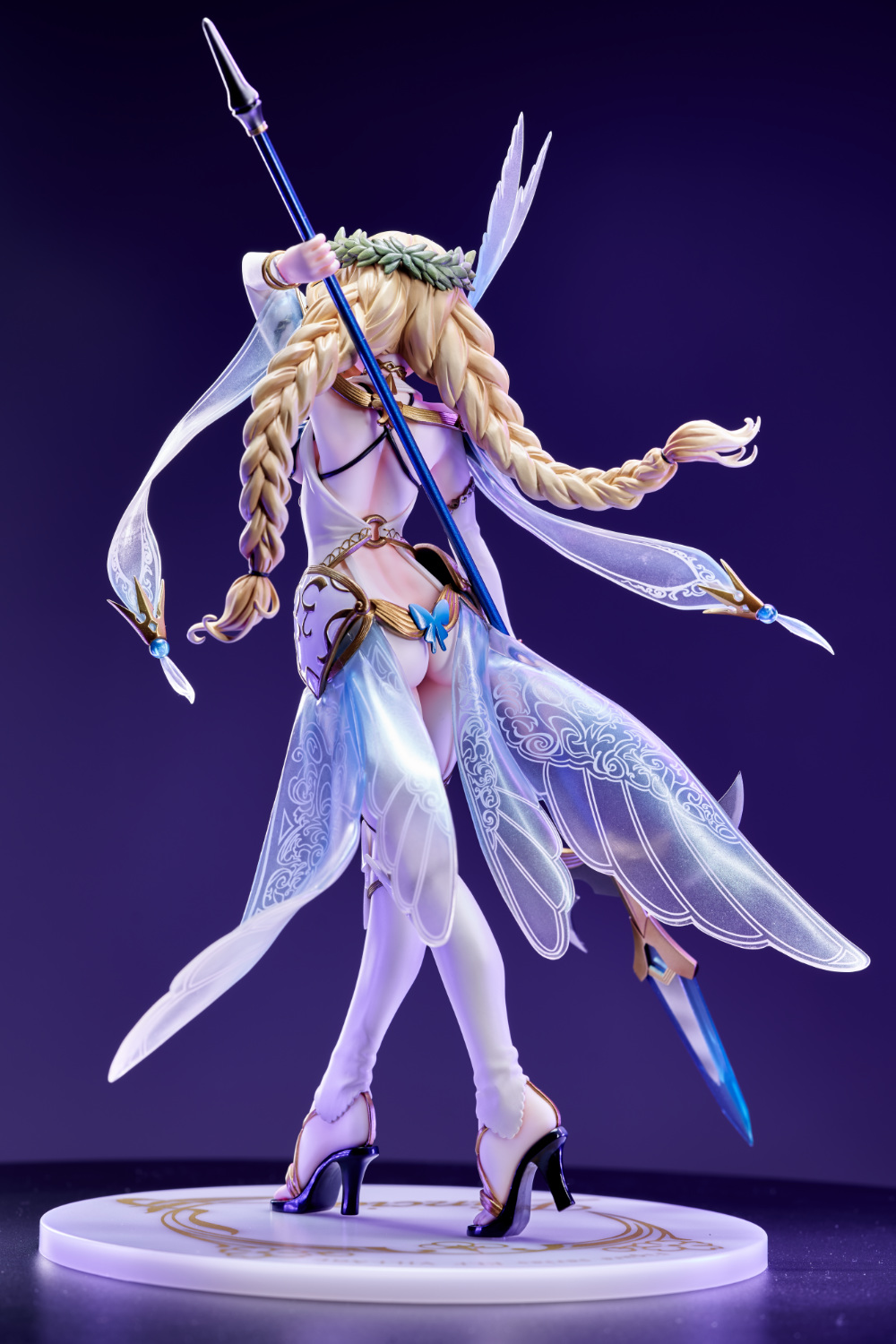 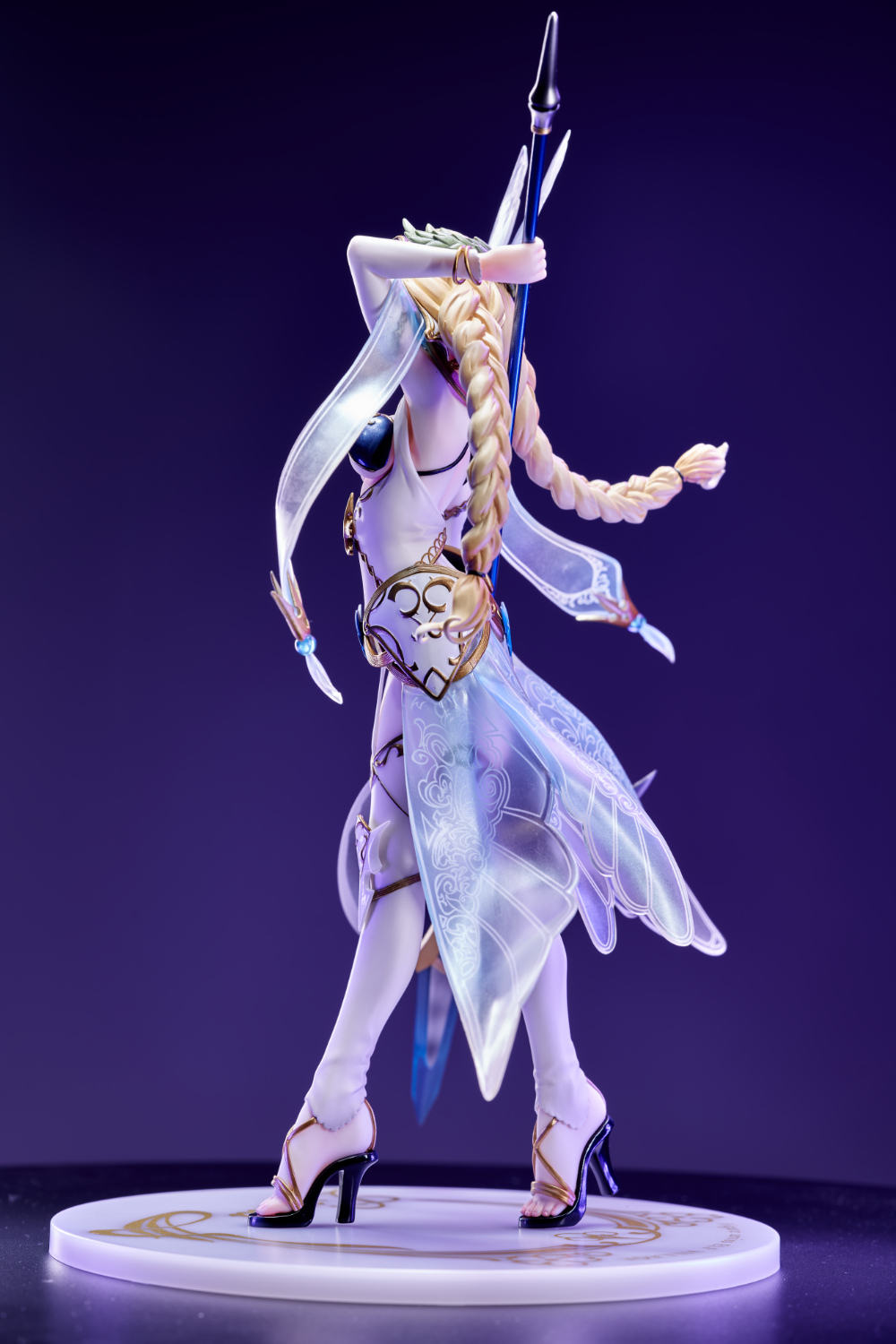 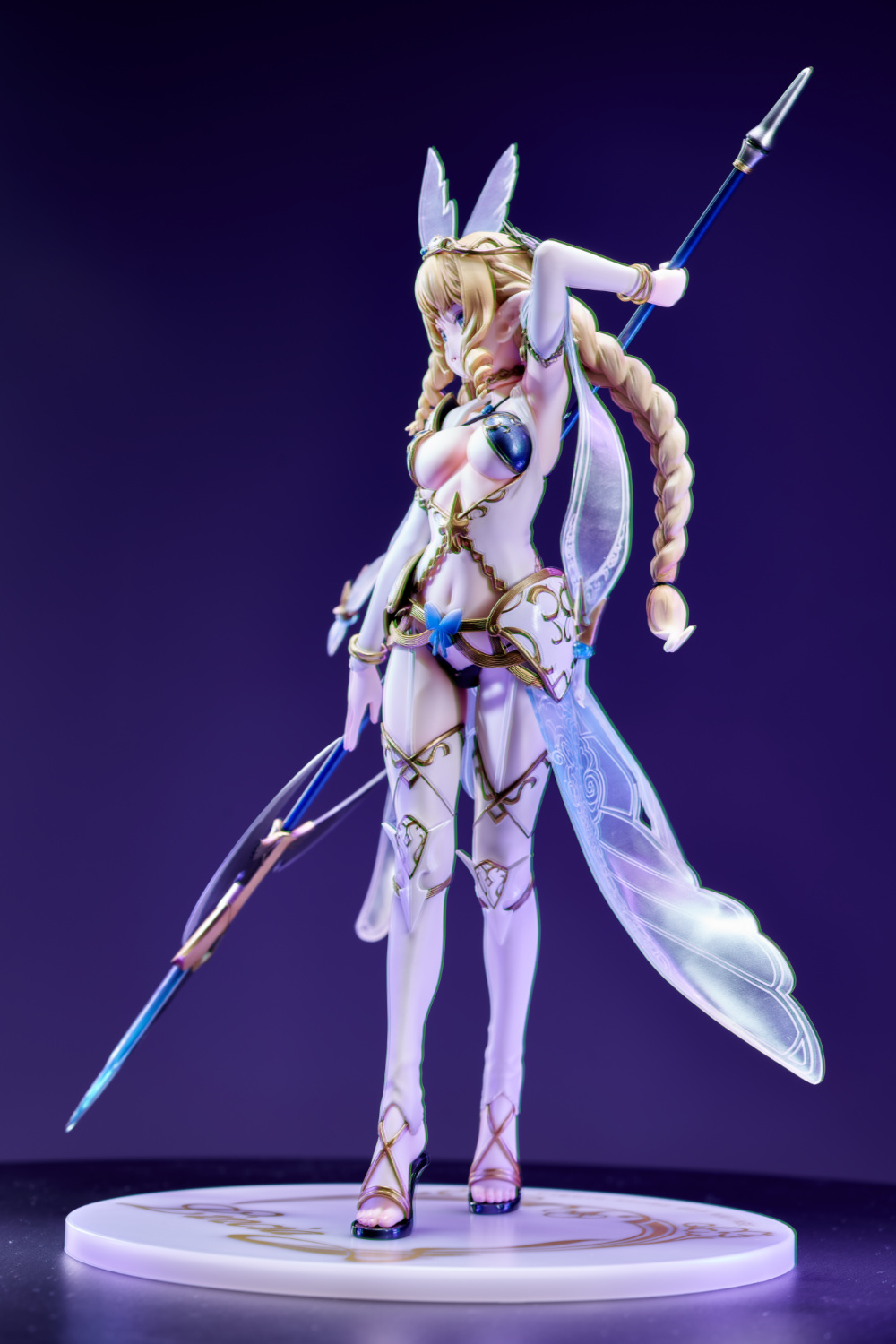 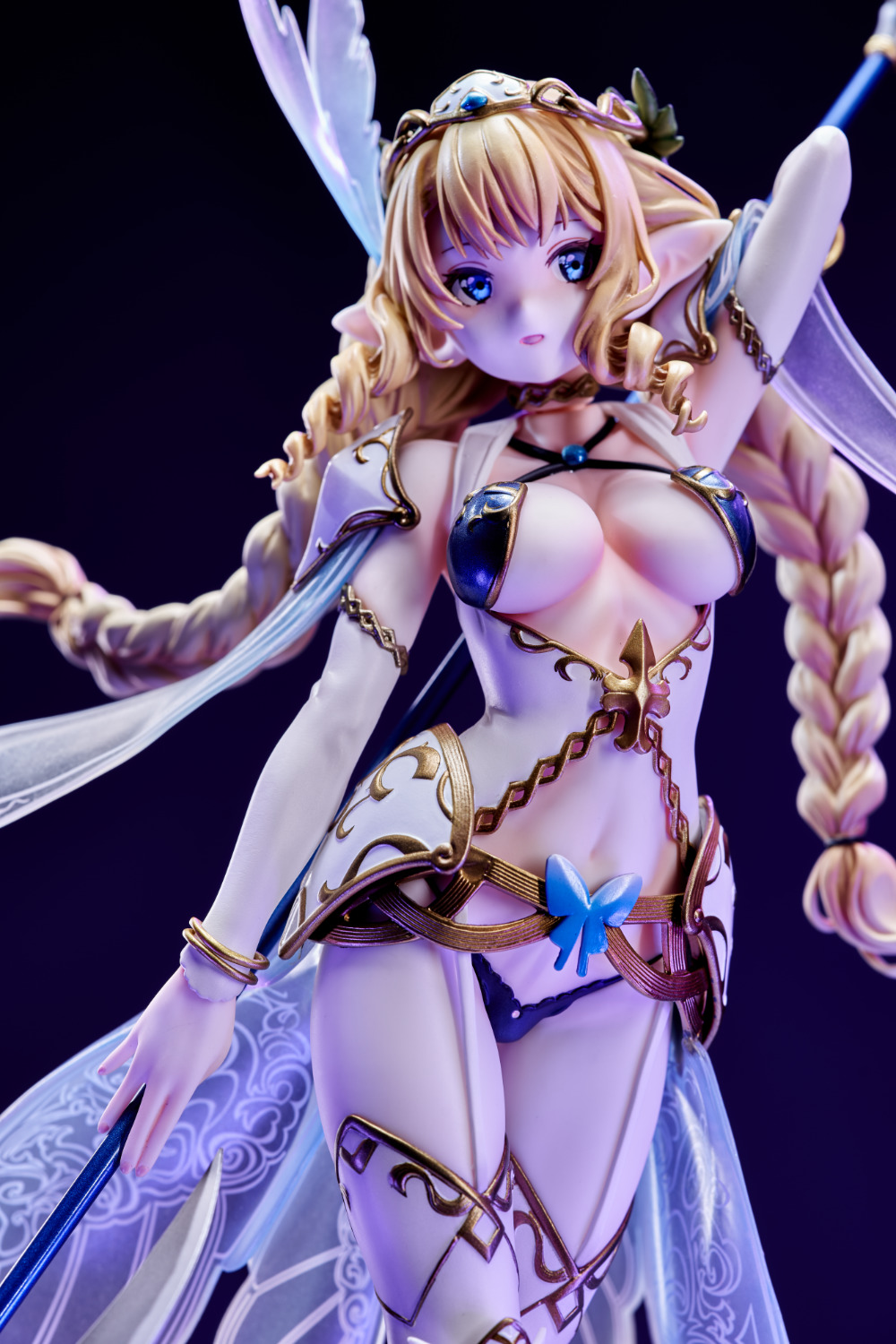 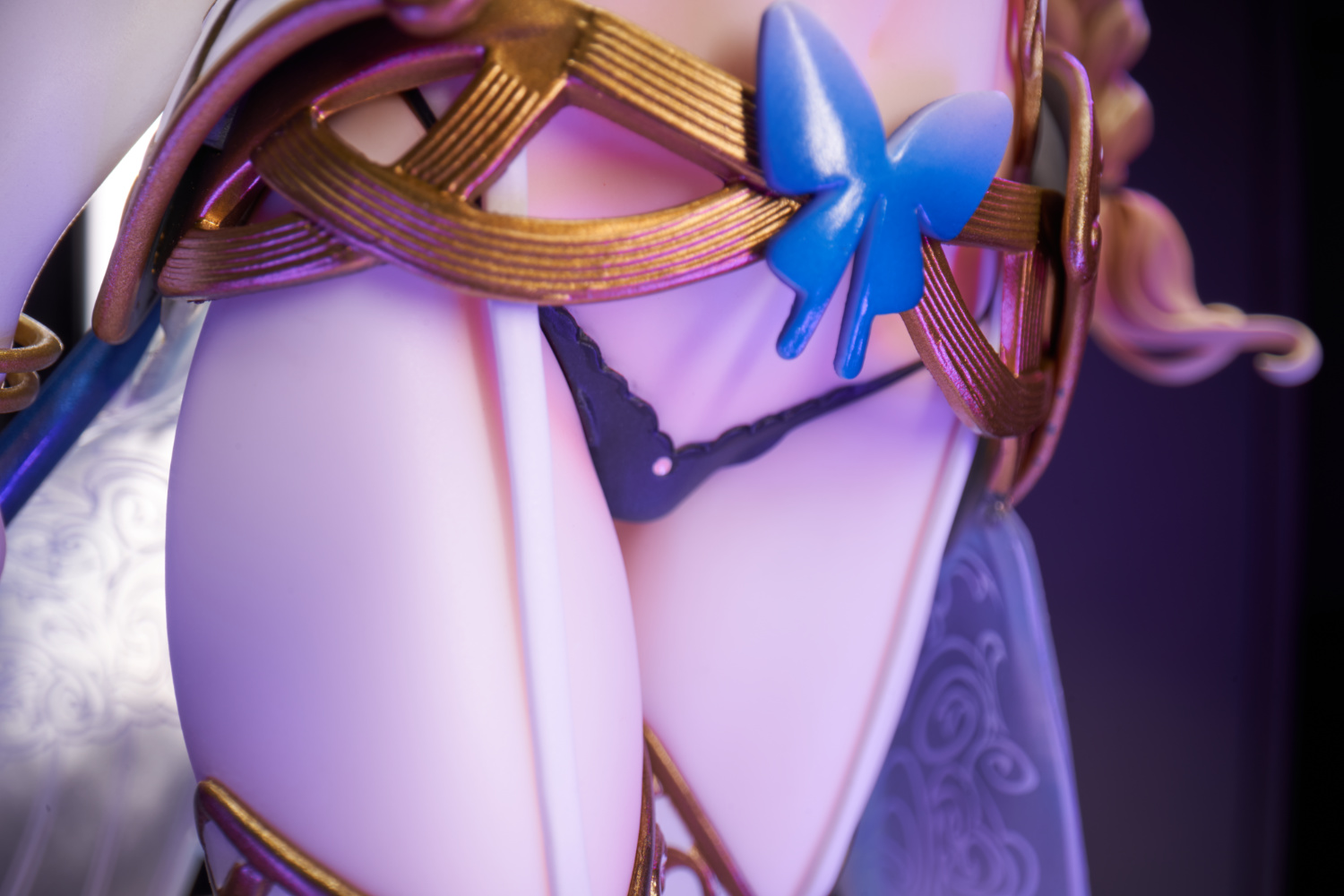 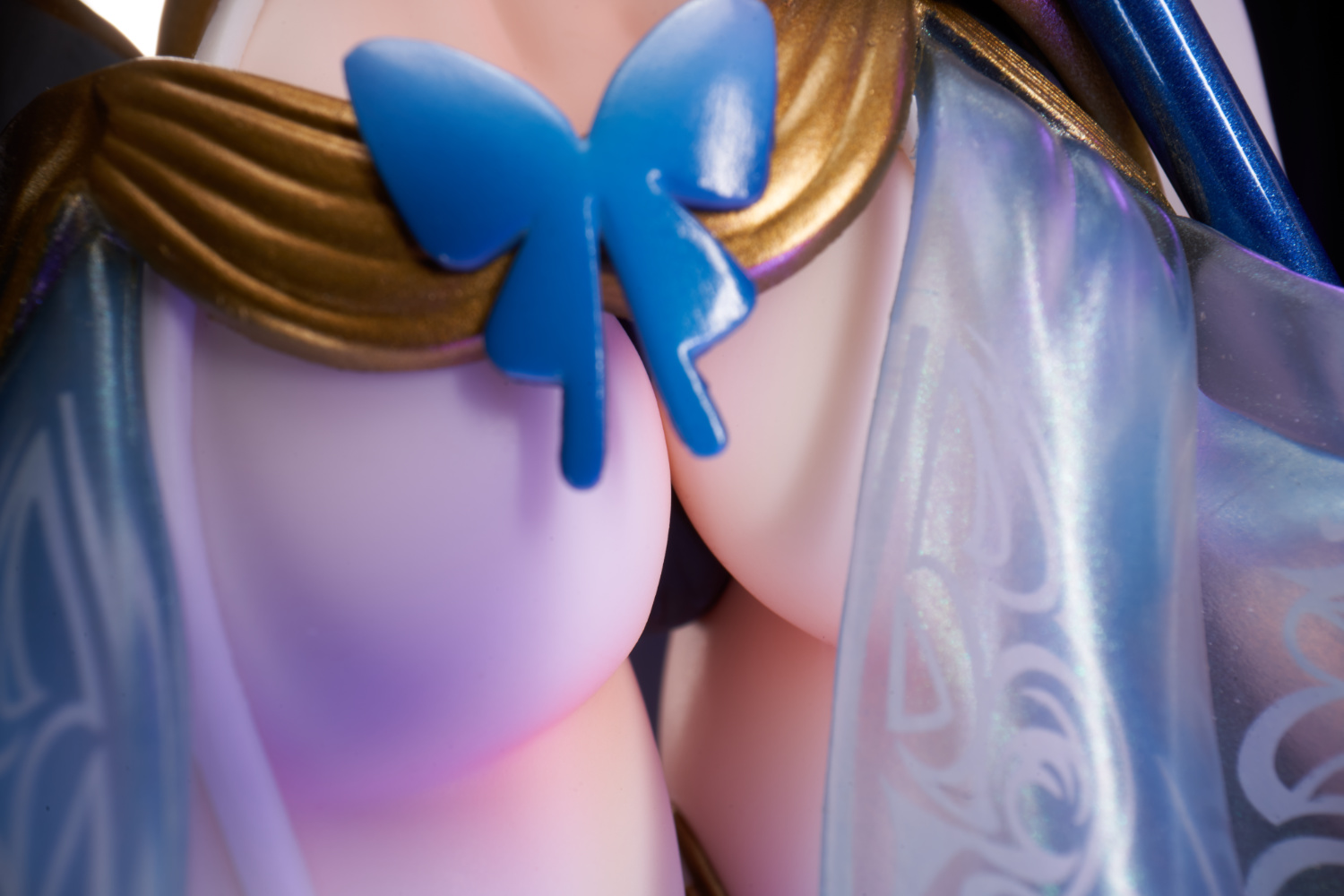 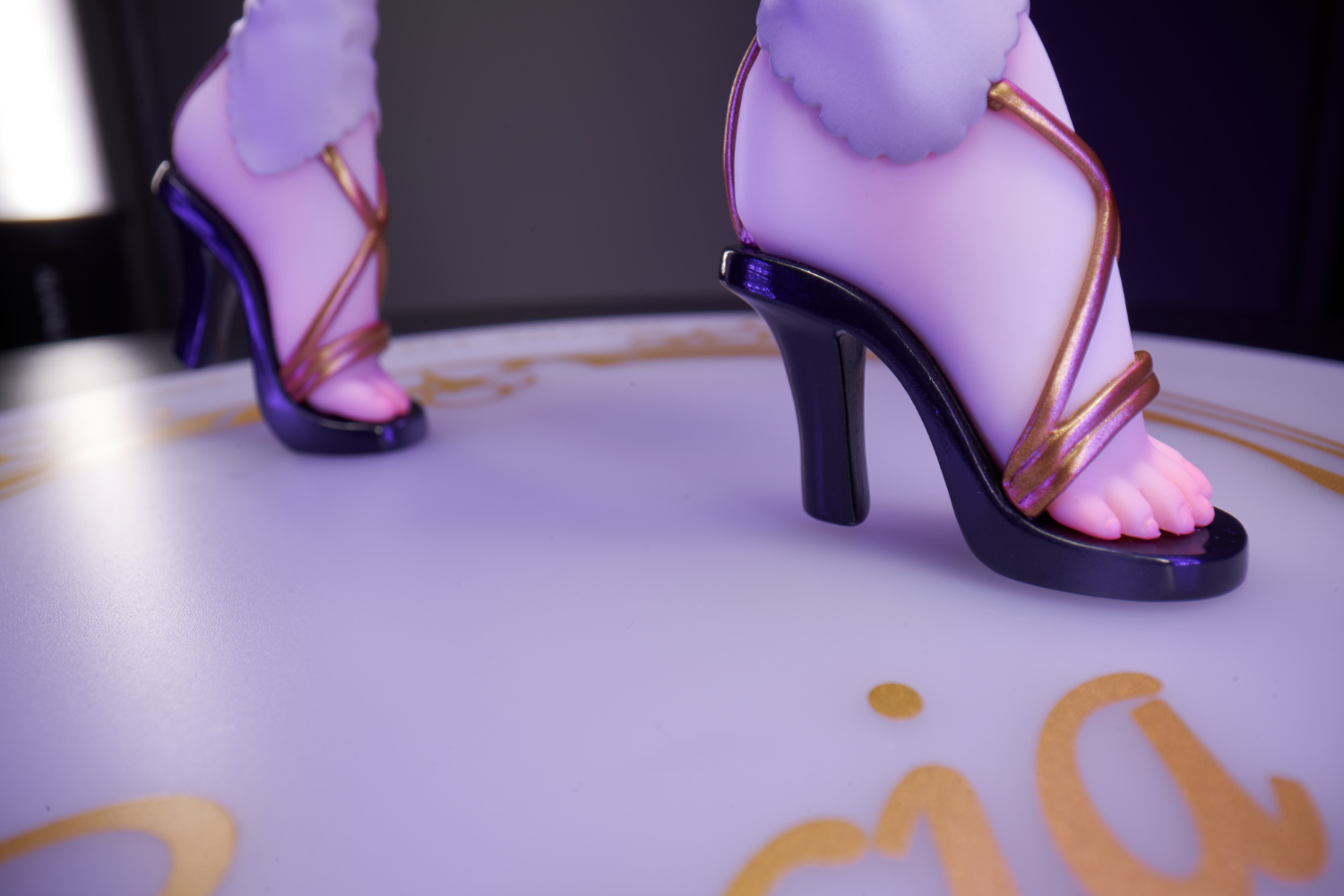 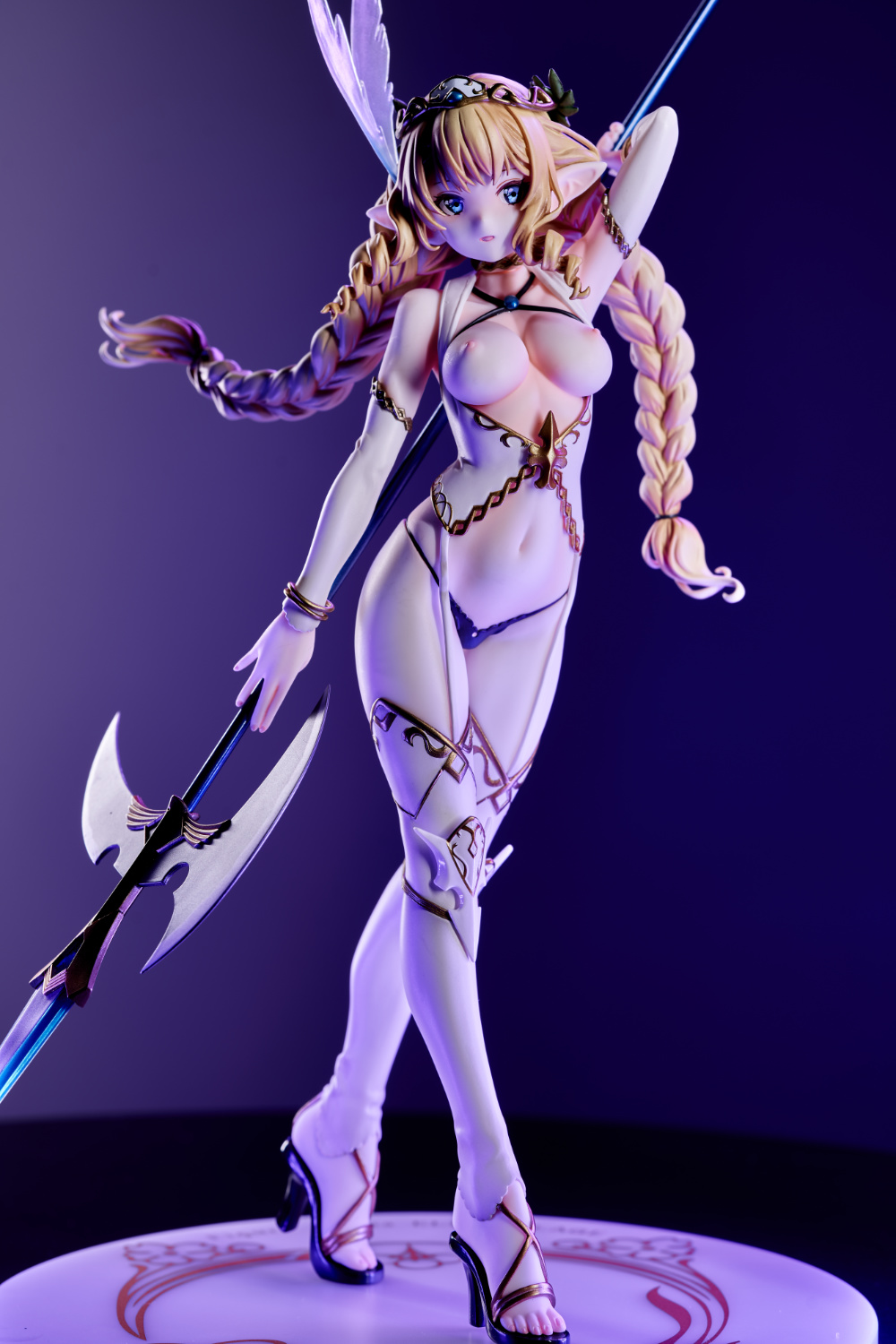 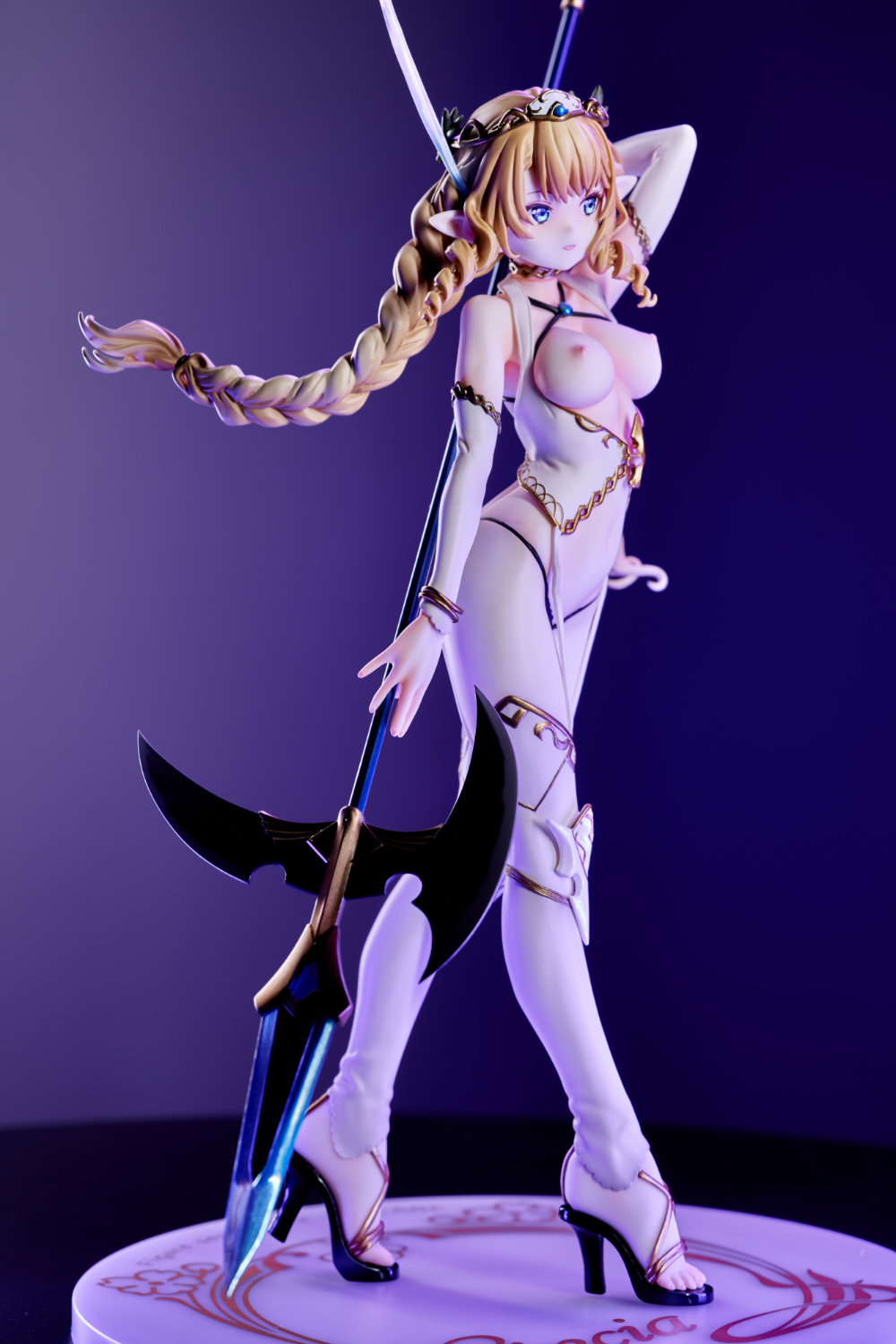 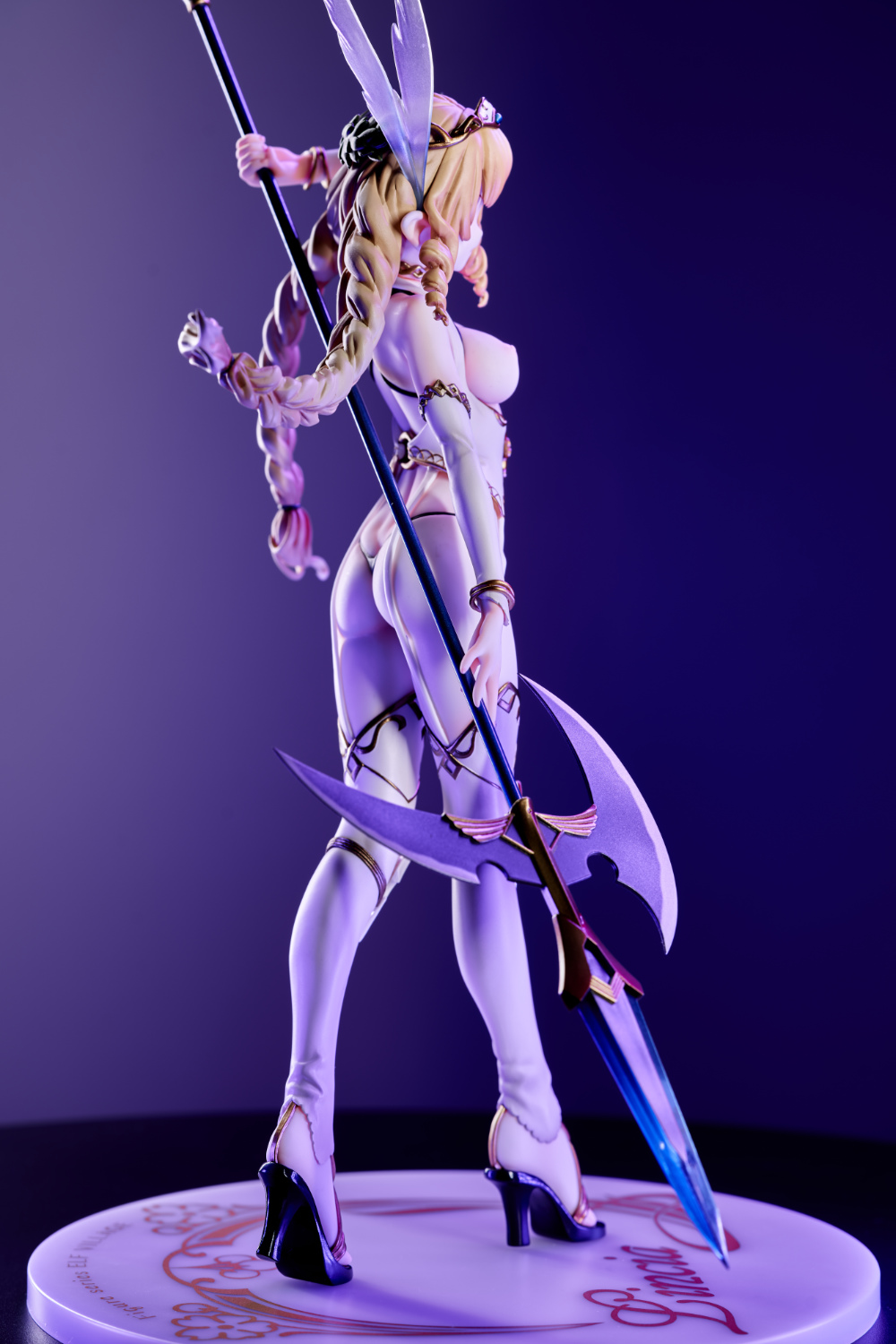 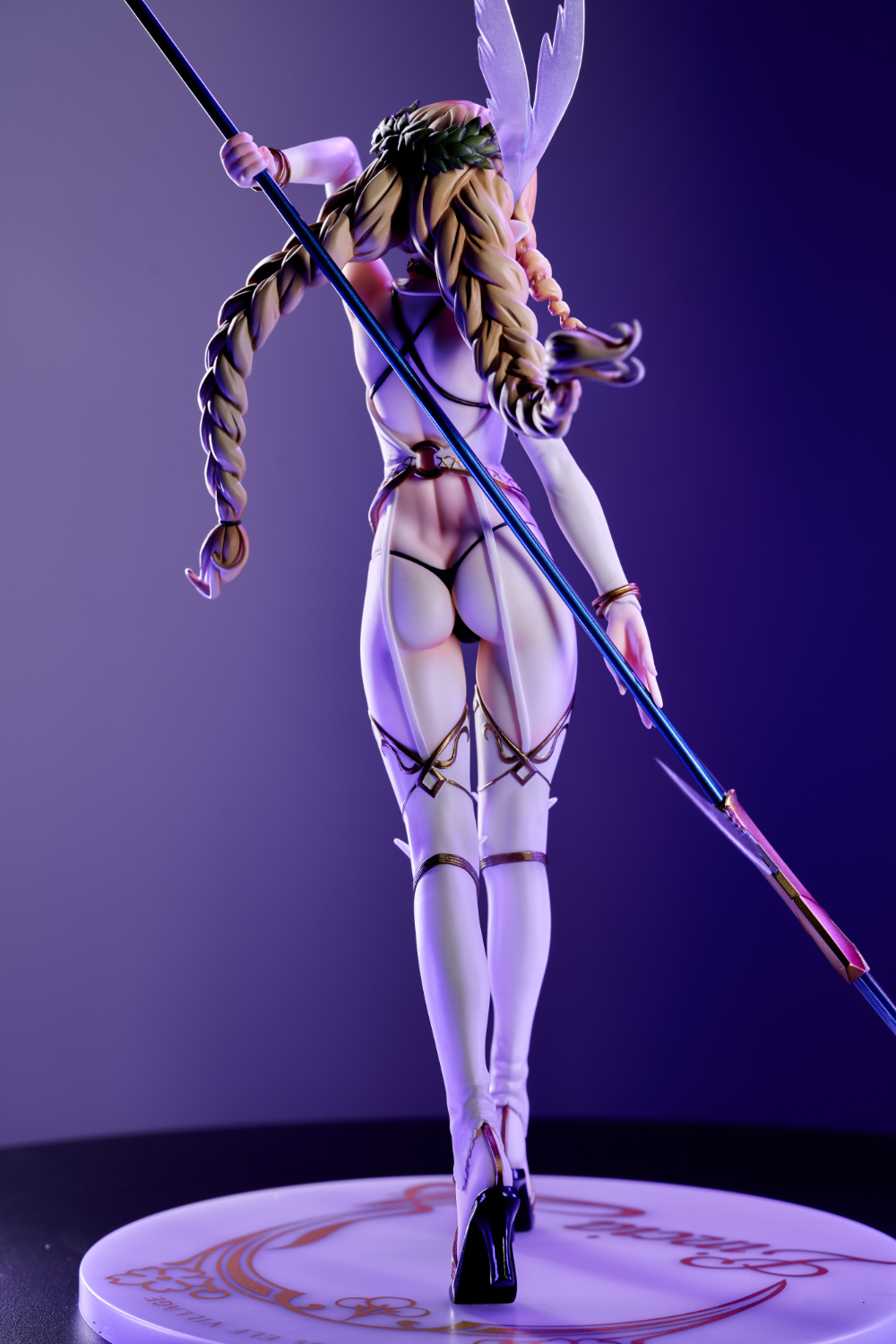 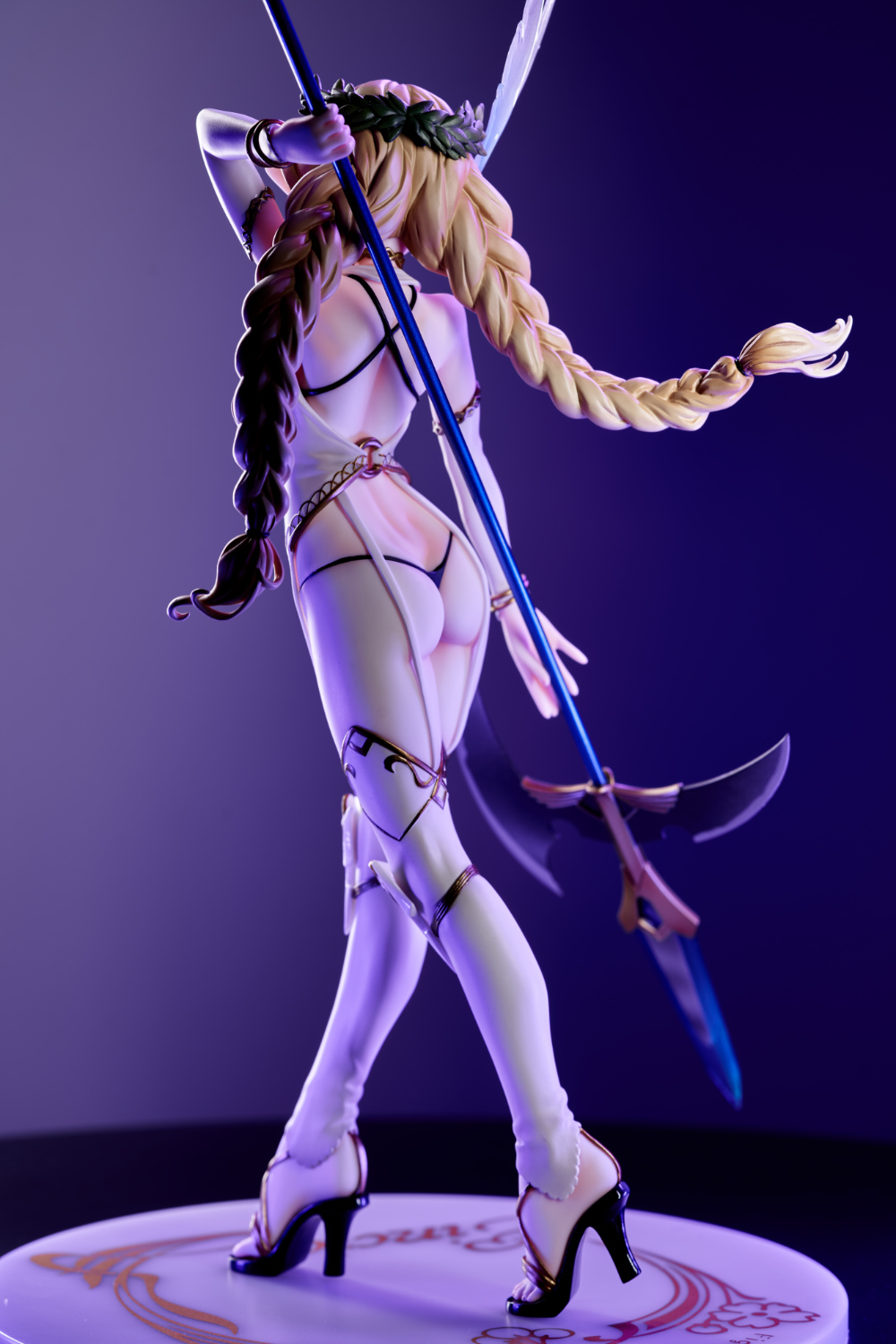 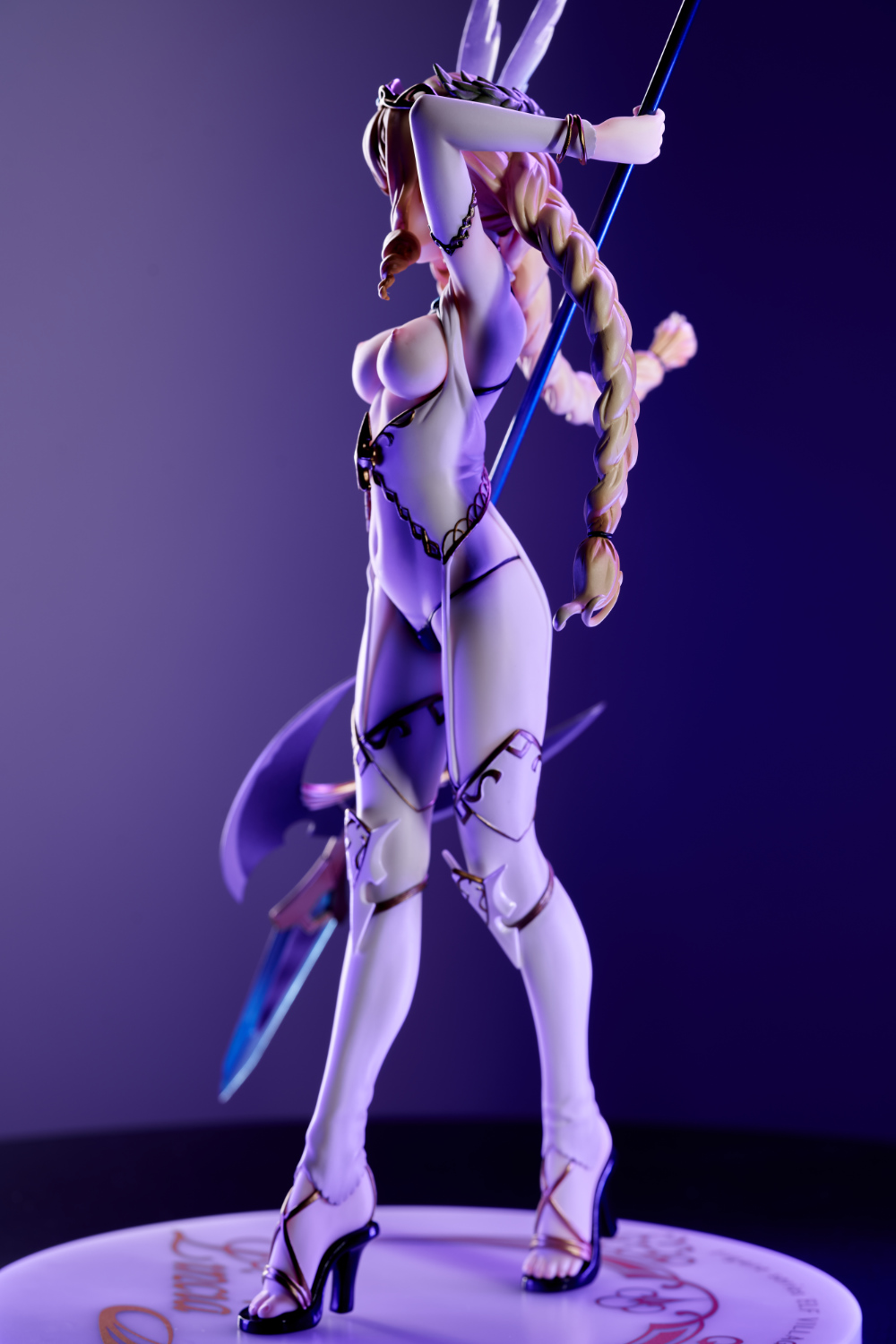 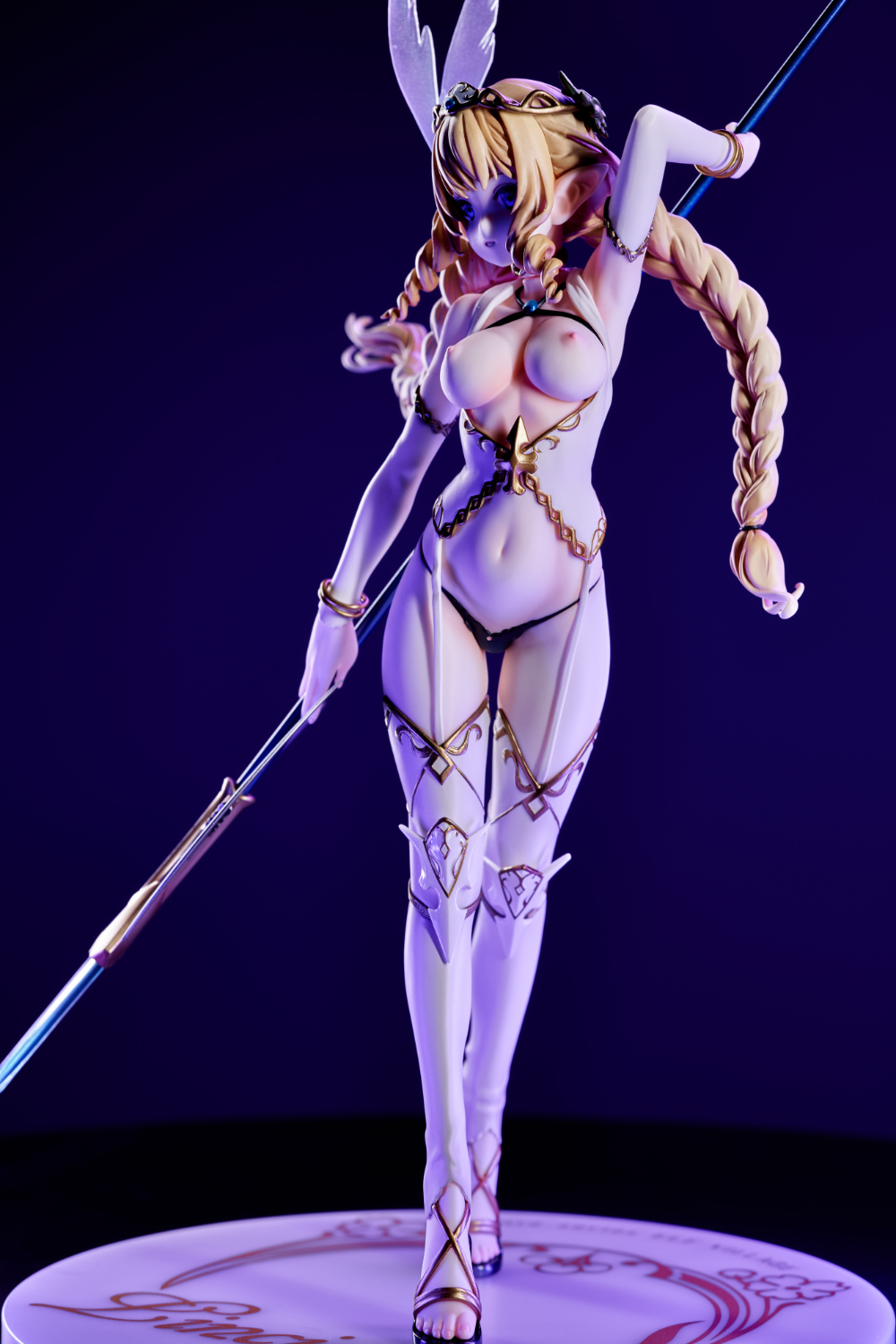 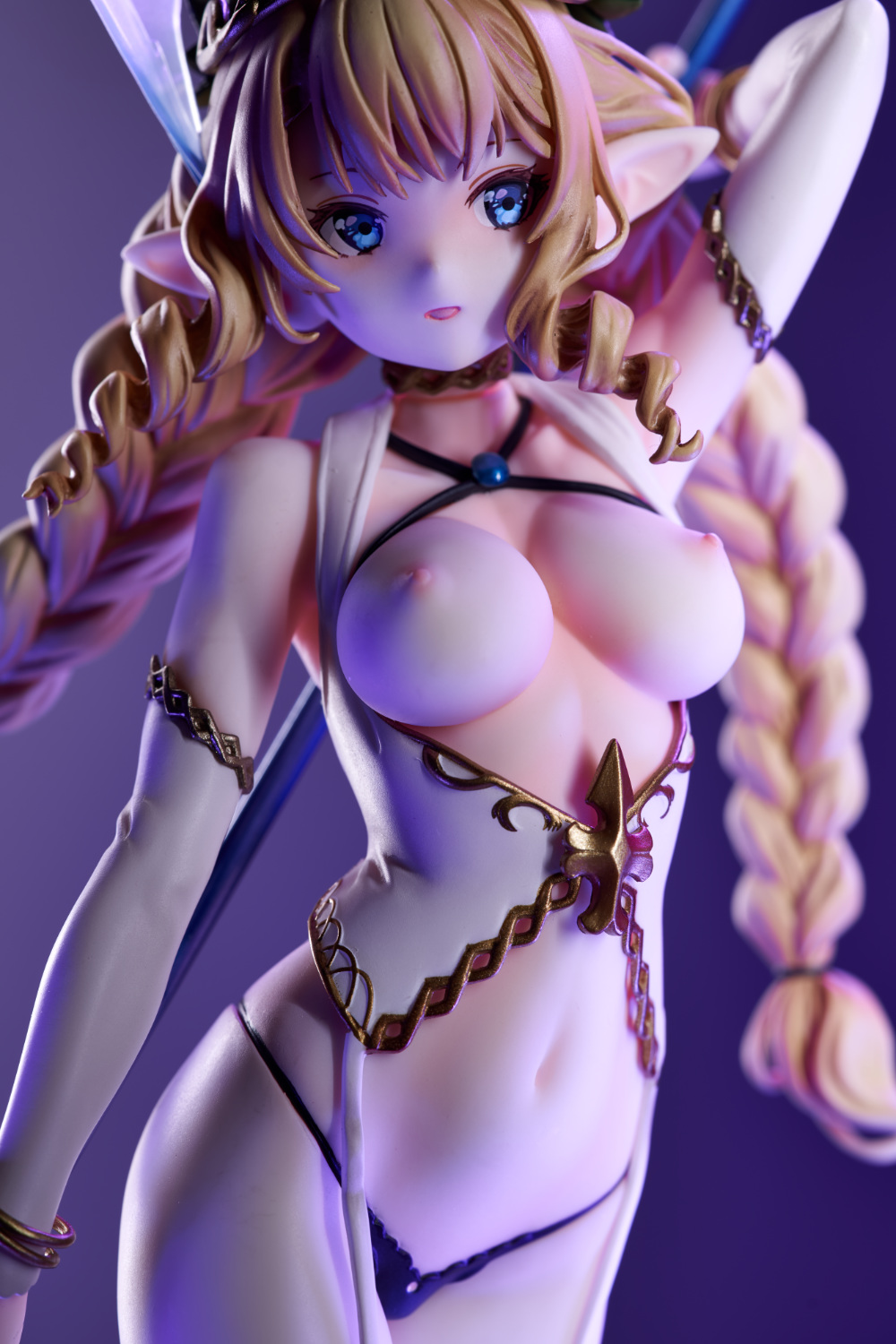 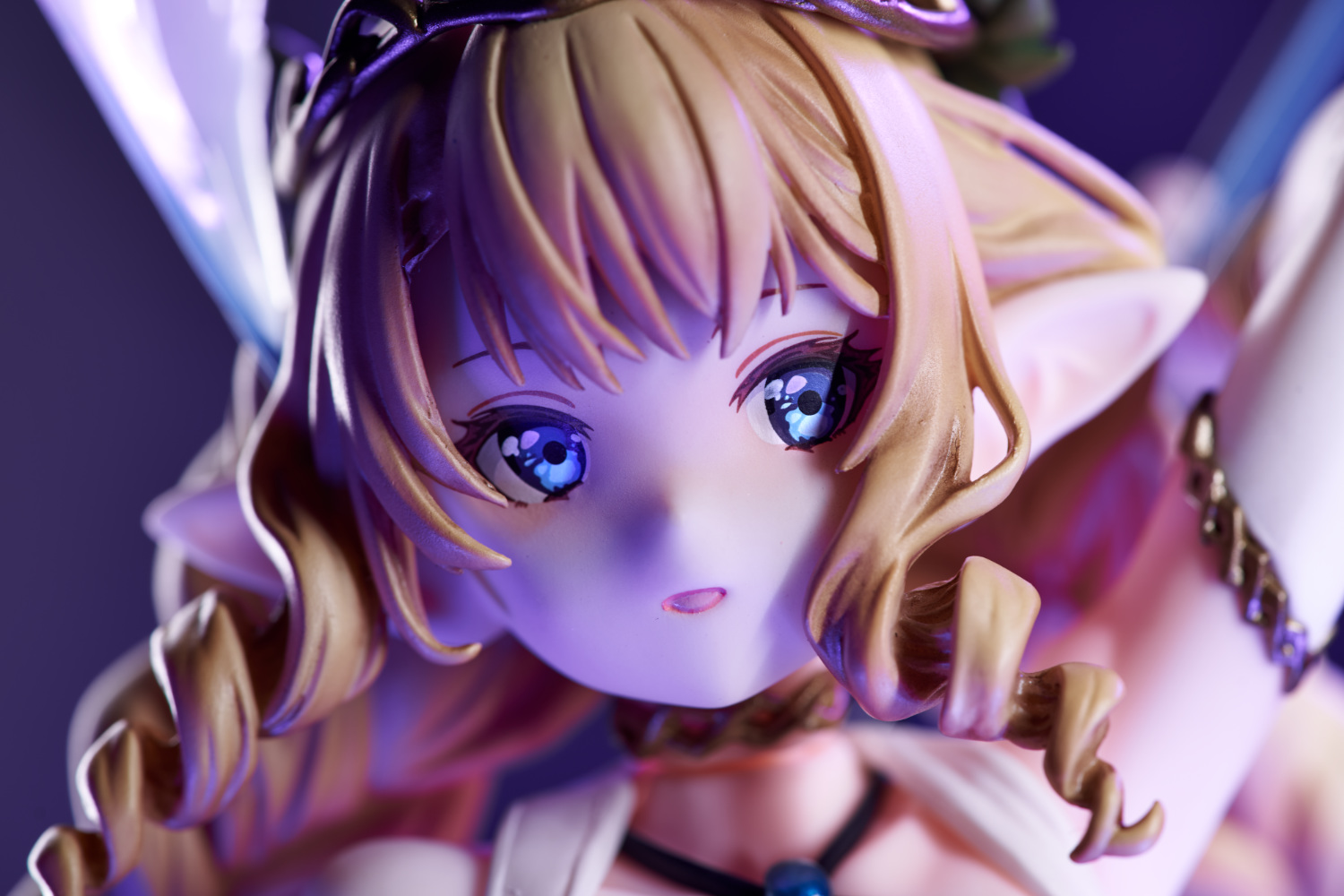 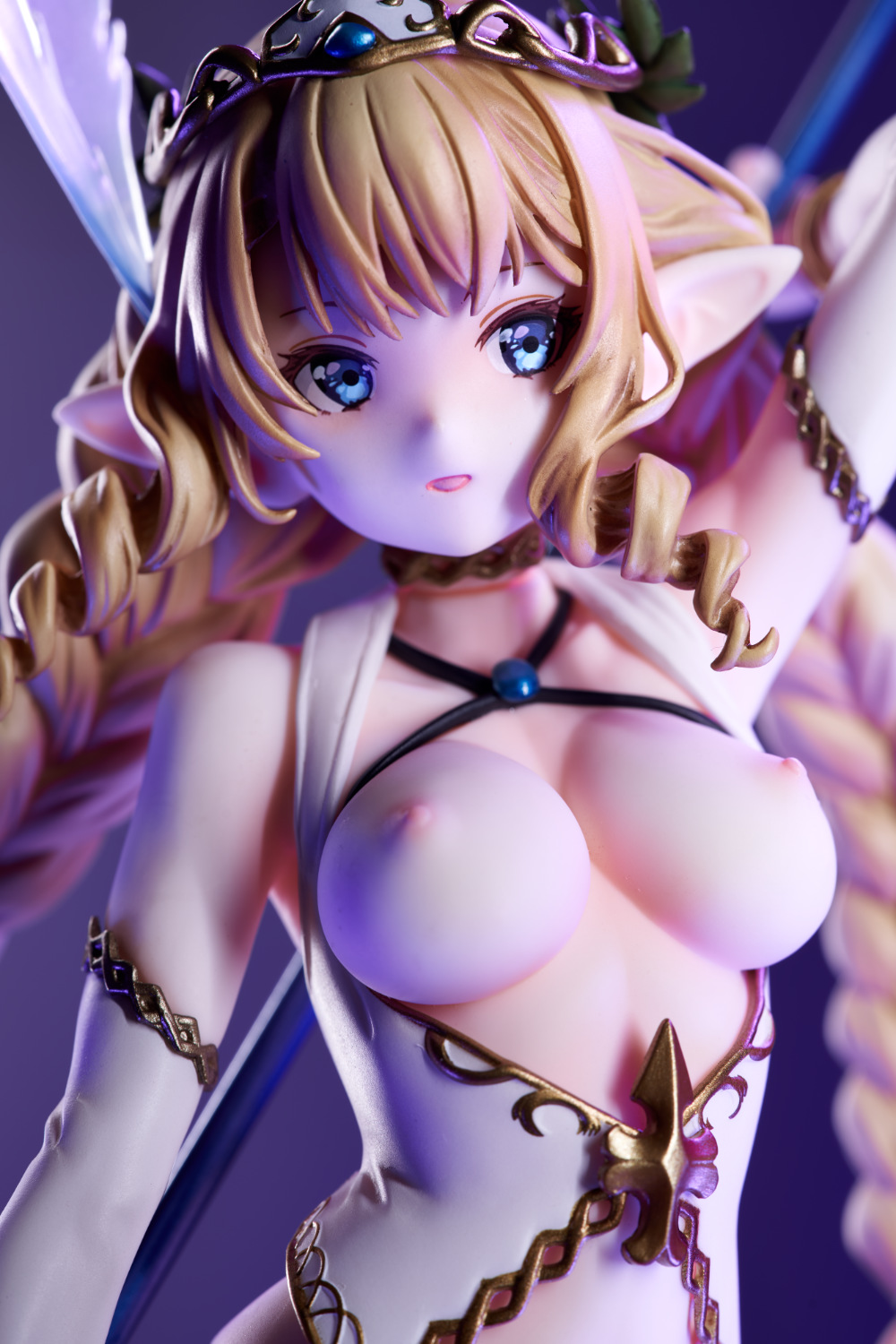 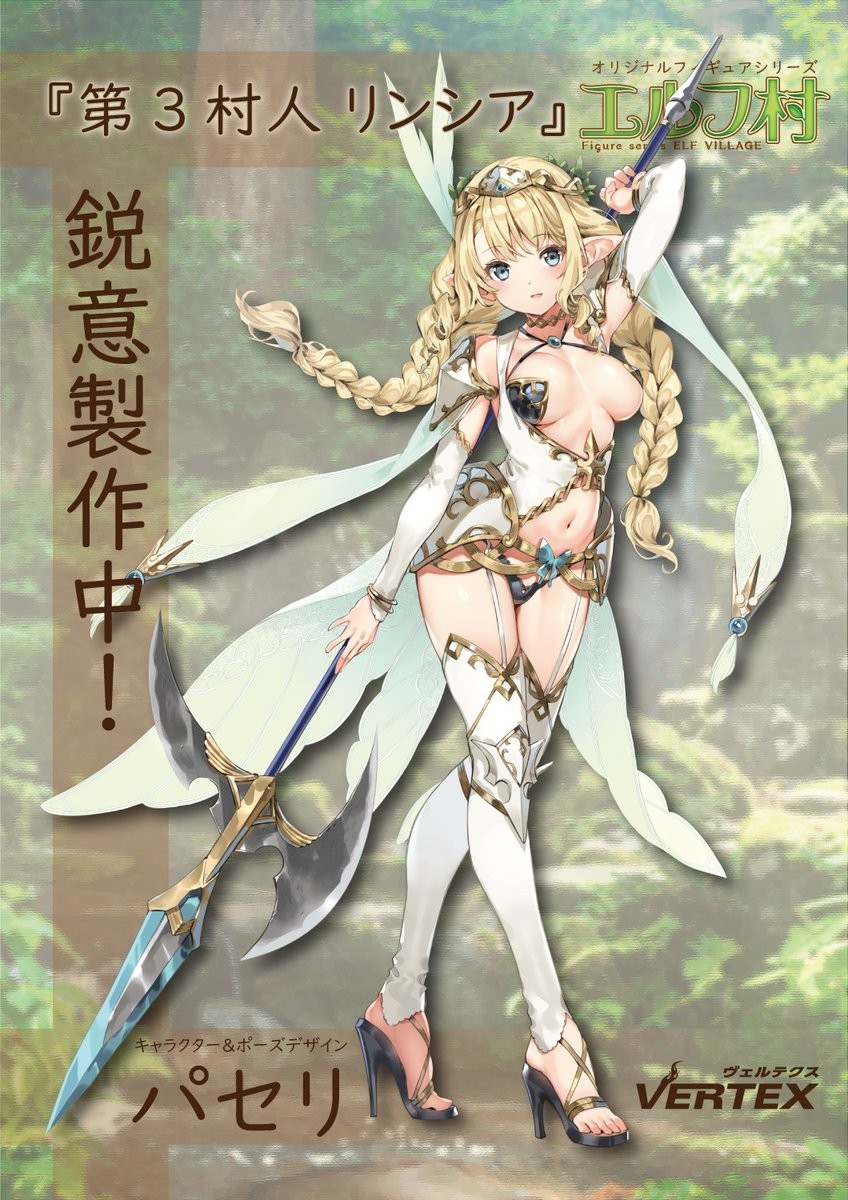