saitom is a name you probably know if you're into Anime, or JRPGs. His most popular recent work is probably ホムラ・ヒカリ(Homura/Hikari) or Pyra/Mythra from Xenoblade 2, which has only really skyrocketed even further with the addition of them in Smash.

Yes, it's been a while since we did one of these reviews. To compensate, have a two for one review!

Introducing Stella and Luphia, by Max Factory. As always, I've made a short video too!

Hope you enjoyed that short showcase! Let's begin the review shall we?

Here's the OC from saitom. Pretty unique design! I won't waste any time going over this, since we have ample time for that in the figure review.

Standing at a height of 25cm and 1/7 scale, Stella is based on a "Devil Fashion" theme—and boy, is she dripped out.

There's a lot to unpack here, so let's not waste any time and get right to it.

No, not that bottom—the bottom of the figure! Here, we can see Stella's hi-top sneakers, following the same pink/red/green colour scheme throughout the rest of her outfit. There's a lot of nice detail here, including the "DF" emblasoned on the tongue of the sneakers, and the grey suede mudguards near the top-front of the shoe.

There's also a "DF" on the bottom of the soles, alongside a green accent and pull tab. The base also has a pink "DF" on the bottom on it, which is a nice touch. While we're here, we should also node Stella's leggings, which are one stripe away from copyright infringement (here's a hint, cyka blyat).

Moving up to Stella's mid section, we also get a closer look at her jeans shorts and leggings, which are clearly the right size for her. To support these pants in their valiant mission to contain Stella's thicc thighs, saitom has included what appears to be a white leather belt, pink stitching and embroidered "DF". Max Factory did a really good job with the fine details here, especially in the stitching and zipper, which actually has a slightly metallic paint.

Moving up from there, we get a closer look at Stella's pink bomber jacket, which has also been sculpted and painted with immaculate detail—all the way from the polka-dot interior (I guess painting a literal galaxy was too difficult) and black buttons to the many creases in the pink leather. And yes, we also can't ignore her voluminous waist, which is jutting out alongside her navel. Why is her singlet so high though?

In terms of sculpt, Max Factory nailed the softness saitom was going for in his illustration. The way that her shorts dig into Stella's waist, her navel pokes out from under her shirt, and the defined pelvis lines leading down to her hoo hah (hey, using slang from the 50s is funny alright). Oh, and if you look closely, you can actually see a bit of Stella's butt from here—more on that later.

Moving to her side, we also get a closer look at the green tags attached to her bomber jacket pocket zippers, which also happen to be the same height as her pants. Also, although it's out of focus here, you can see that Max Factory included the drippy metallic sheen to Stella's tail—perhaps a play on words to how dripped out she is?

The moment you've been waiting for. Stella's ass is definitely one of the best I've seen, and Max Factory have really done an excellent job in conveying the thiccness saitom had portrayed in his illustration to reality. I'm not exactly sure if its the pants which make them appear so full, but one thing's for sure—she got the cake!

Moving up to Stella's chest area, we are now able to understand why her singlet (I think they're called tank tops in the rest of the world?) sat so high around her waist. Apart from the big "DF" logo on her chest, Max Factory also ensured to sculpt and paint Stella's nipples, which are very slightly visible—painting this entire article of clothing as slightly translucent. This is really nice touch, and shows once again why Max Factory remain to me as one of the goats. The way the white singlet wraps and creases around Stella's breasts are also some of the very best I've seen.

Here's a macro shot of the green DF tag at the end of her bomber jacket sleeves, just to illustrate the level of detail Max Factory have gone to. This is almost Alter tier!

This has to be one of the best faces and hair I've seen on a figure. From her heart-shaped pupils, the smoothness of the paint in rest of her eyes, the glossy red paint on her "dripping horns", to the gradients of pink in her hair—this is truly some spectacular detail! 10 out of freaking 10 for this part, my god.

Oh and I guess we should mention the choker—executed flawlessly, of course.

All in all, Max Factory have done a STELLAR job with Stella. I'll be honest, this figure is a 10/10 for me—pose, sculpt, colour, costume.

Let's see if they can keep it up with Luphia!

This time, saitom was kind enough to label his original illustration! If you can't read Japanese, the labels on the shoes are marking where "clear" bits are.

Much like Stella, Luphia is also dripped out—this time in a much more provocative pose however. Laying down, legs raised, and pantsu sliding off, Luphia oozes sexiness much more blatantly than Stella—if removing her red latex gloves with her mouth didn't give that away.

In terms of her clothes (or lack thereof), Luphia is sporting a Moncler-esque shiny silver down jacket and hat, red "Nike" Air Maxes, slightly shorter knee-socks and eclectic lingerie.

Zooming into her headshot, we can see Max Factory spared no expense in replicating saitom's vision. Notable here is the horn polish(?), which have been painted a different colour near the tips to portray flames. We can also see the same care and attention to the creases in Luphia's down jacket and hat, which do an excellent job in selling the shiny look. The way that they catch light is spectacular—or should I say specular, which refers to bright, shiny reflections!

The use of blue and purple in her eyes, hair, and bikini top, have a really striking contrast with the red in the ends of her sleeves, latex gloves, and hat accent. This is all topped off with slight gold accents in her buttons, zipper, and the "DF" logo in her cap, which is all in all is a really clever use of a triadic colour palette!

One more thing to mention is the anatomical accuracy of Luphia's collarbones and neck in this pose. It's a minor thing that makes a huge difference in how she looks, so I applaud Max Factory for ensuring that this detail wasn't missed!

Talking about anatomical accuracy, they really nailed this in another part of Luphia's body—namely her stomach. Contrary to popular belief, the human body has fat—which also gets effected by something called gravity. While most figures forget about this and seem to have completely smooth sculpts, Max Factory and saitom have not—including a more realistic portrayal if Luphia's tummy. Of course, there's also the slight squish that her bra has on her breasts, which is always appreciated.

In terms of her costume, we can also see the "DF" on the zipper, albeit very smol. but can you spot another DF in this shot?

Also attached to Luphia's pantsu is a diamond-encrusted gold badge with the aforementioned "DF". The inclusion of this leads me to believe that Luphia's outfit is literally supposed to be her lingerie and a shiny down jacket—which is amazing, and only something the genius that is saitom could have come up with.

Although this pose portrays Luphia sliding off her panties, it isn't a cast off and therefore there is no genitalia to be found. I'm still going to mark this one as NSFW though.

On an unrelated note, WHERE IS THAT TAIL GOING!?

Ah yes, it's just going through her legs. Nothing to see here, saitom would never draw anything so lewd! (this is in fact a lie and ironic). While we're back here to verify that saitom is seiso, check out her unkemp hair. How very devilish!

Luphia's shoes are also pretty fly. Once again, there's a "DF" on the sole (you can barely see it in the reflection), and the inclusion of air-bubbles for additional cushioning. Much like Stella's leggings, I have a feel these shoes are one tick away from copyright infringement.

And alas, that brings us to the end of this review. I know I haven't done one in a while, so I made sure to put in a lot of effort into this one. Going forward, from here, I promise to begin posting more again—these anime figures won't unbox themselves!

And in case you didn't realise:

Until I am proven otherwise, both of these girls are the best figures I have unboxed and reviewed in 2022.

Peace out and enjoy the rest of the shots. 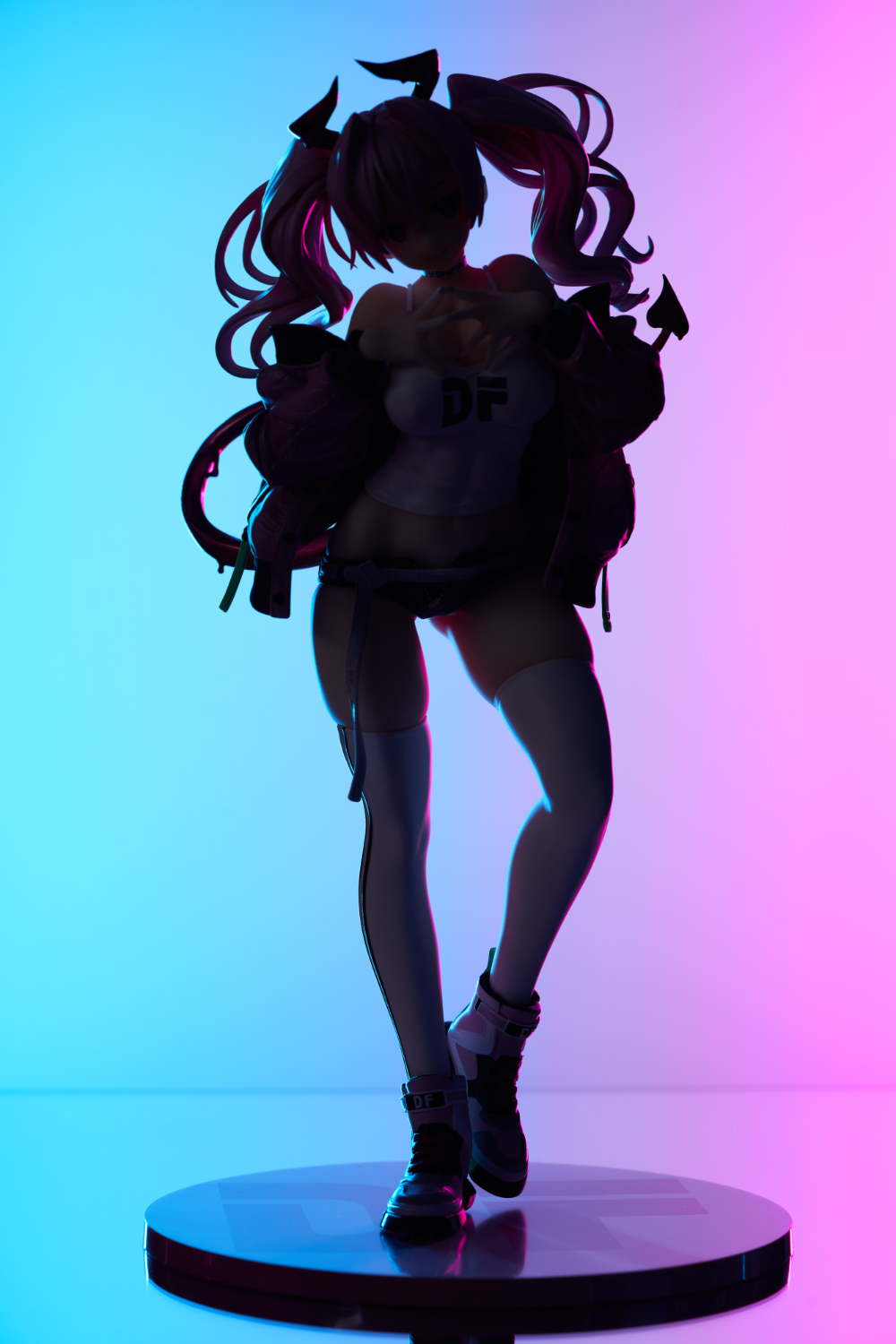 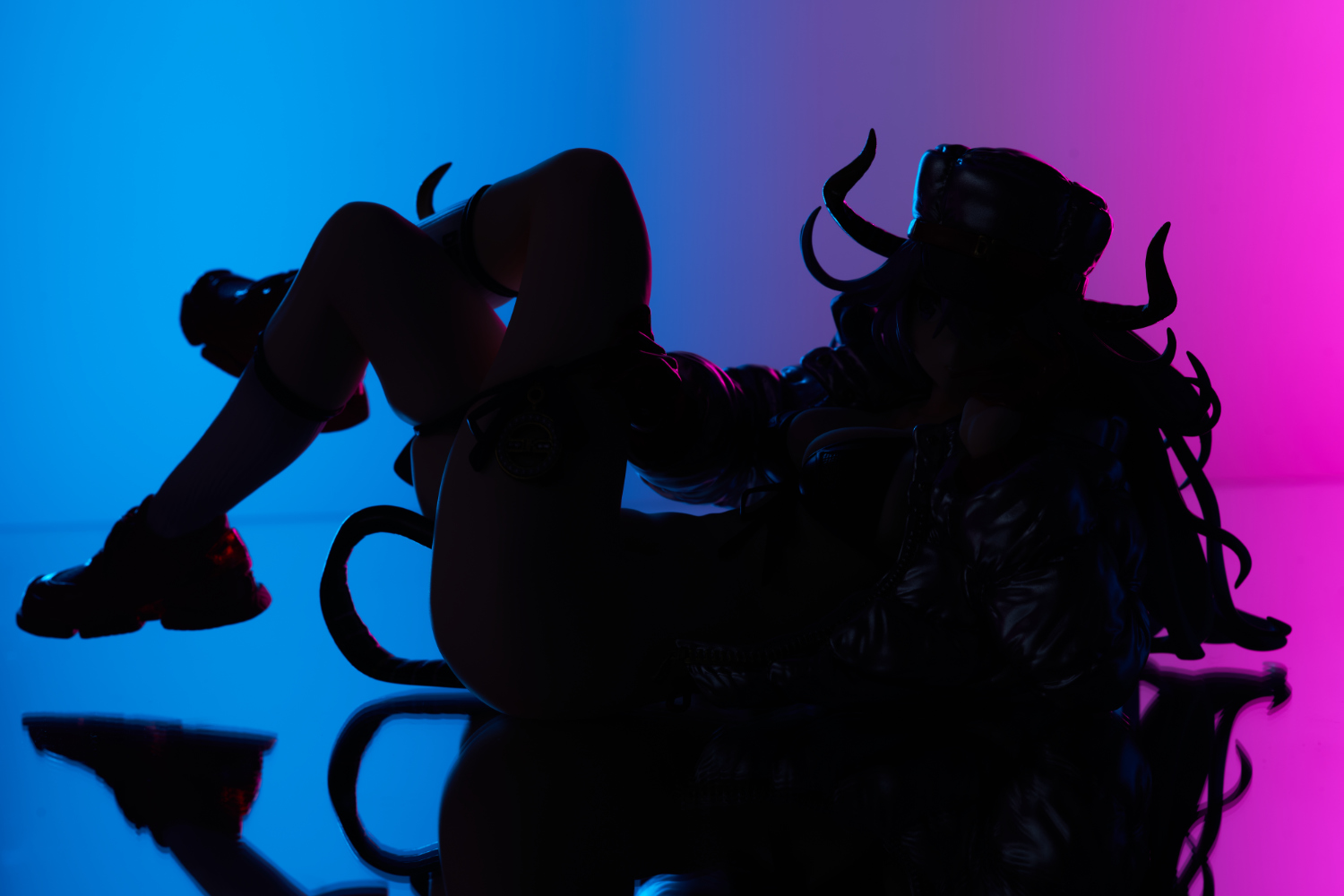 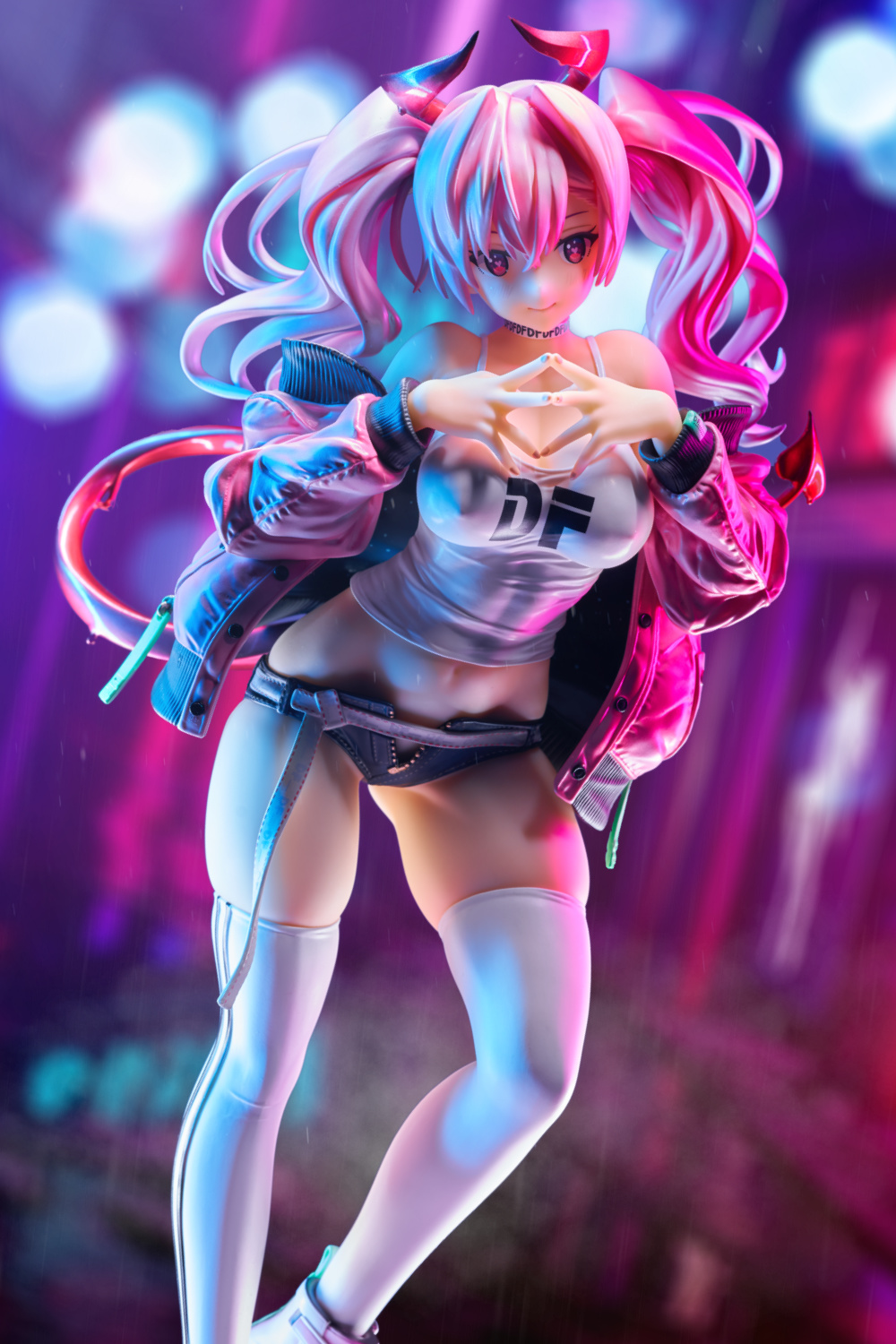 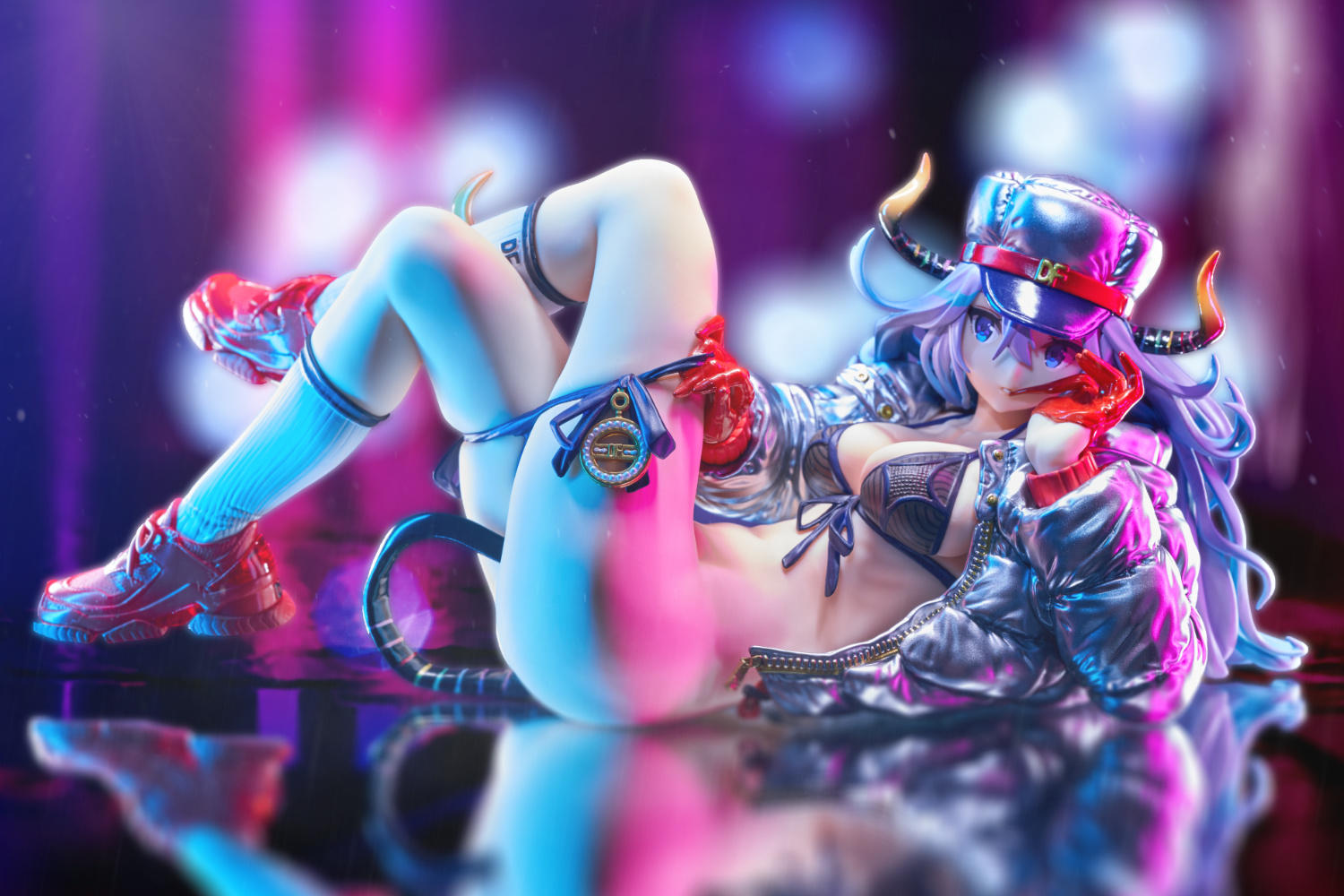 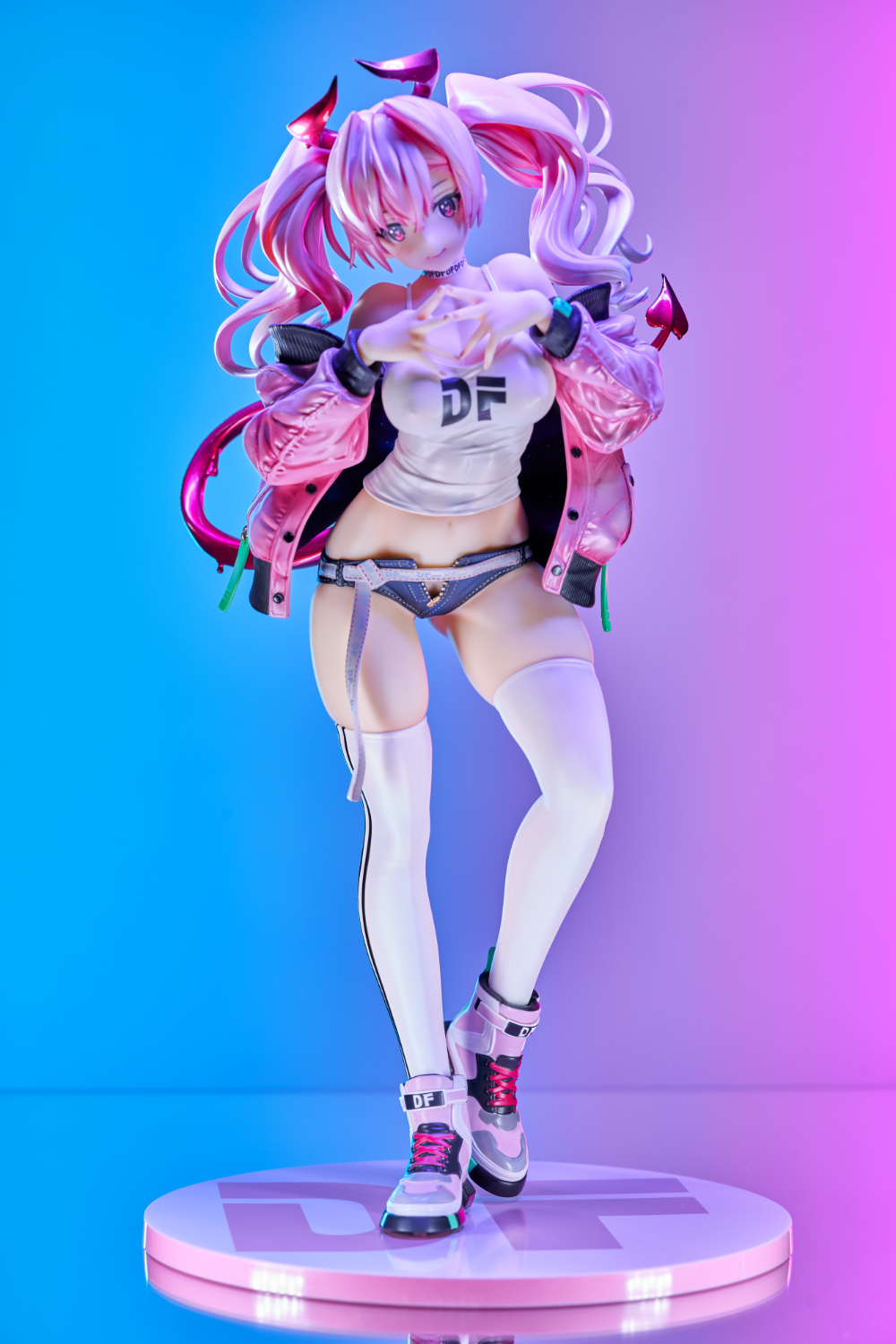 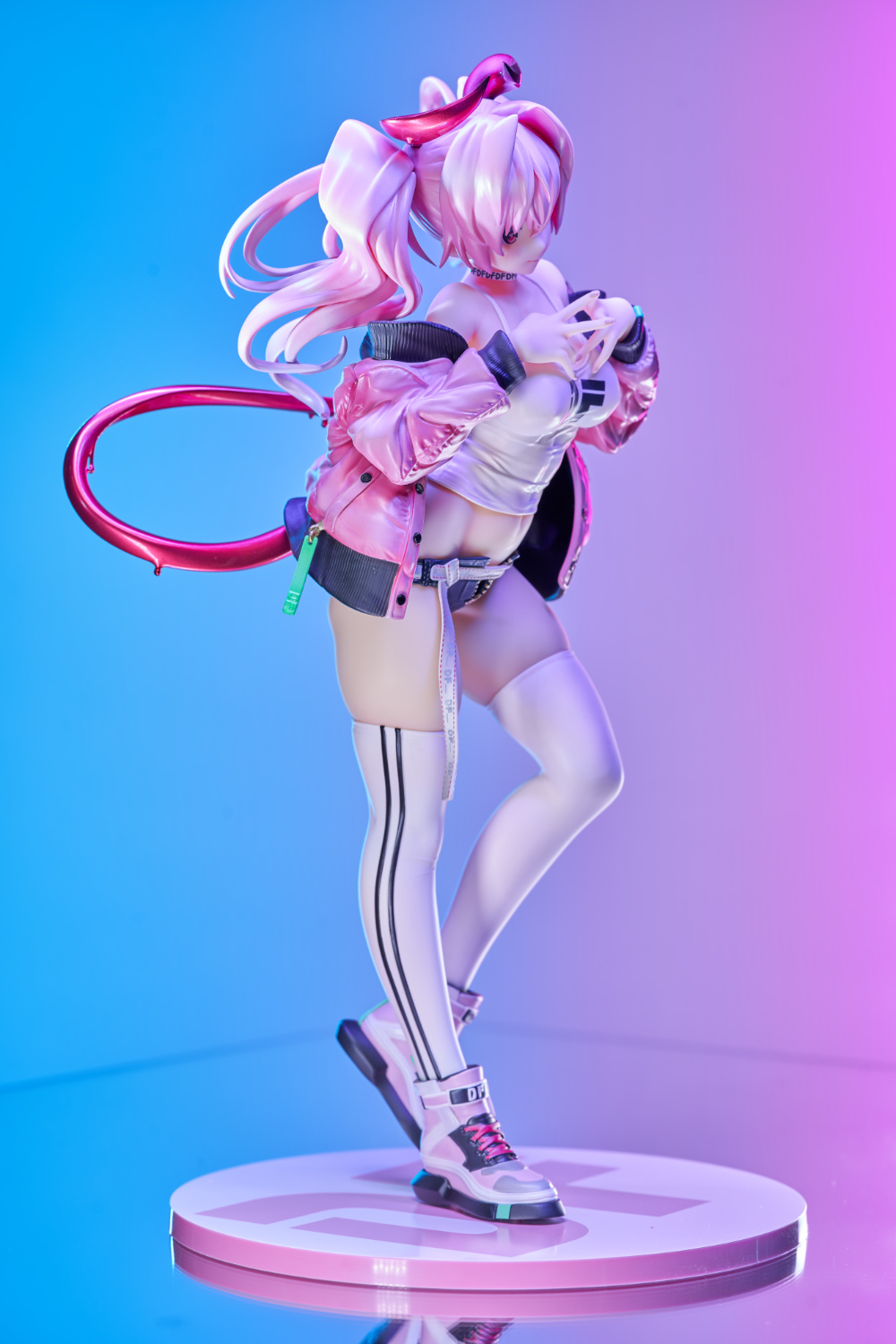 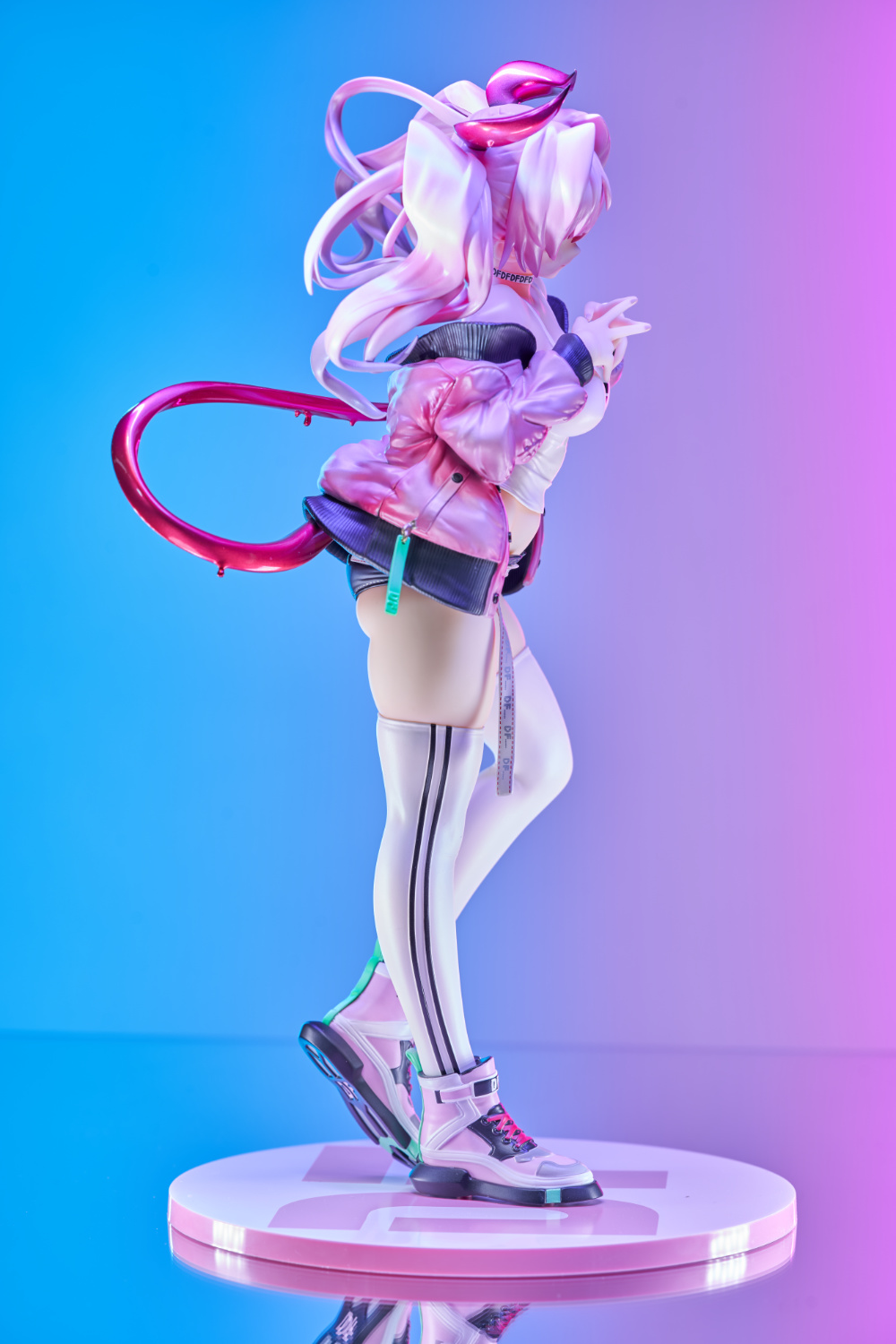 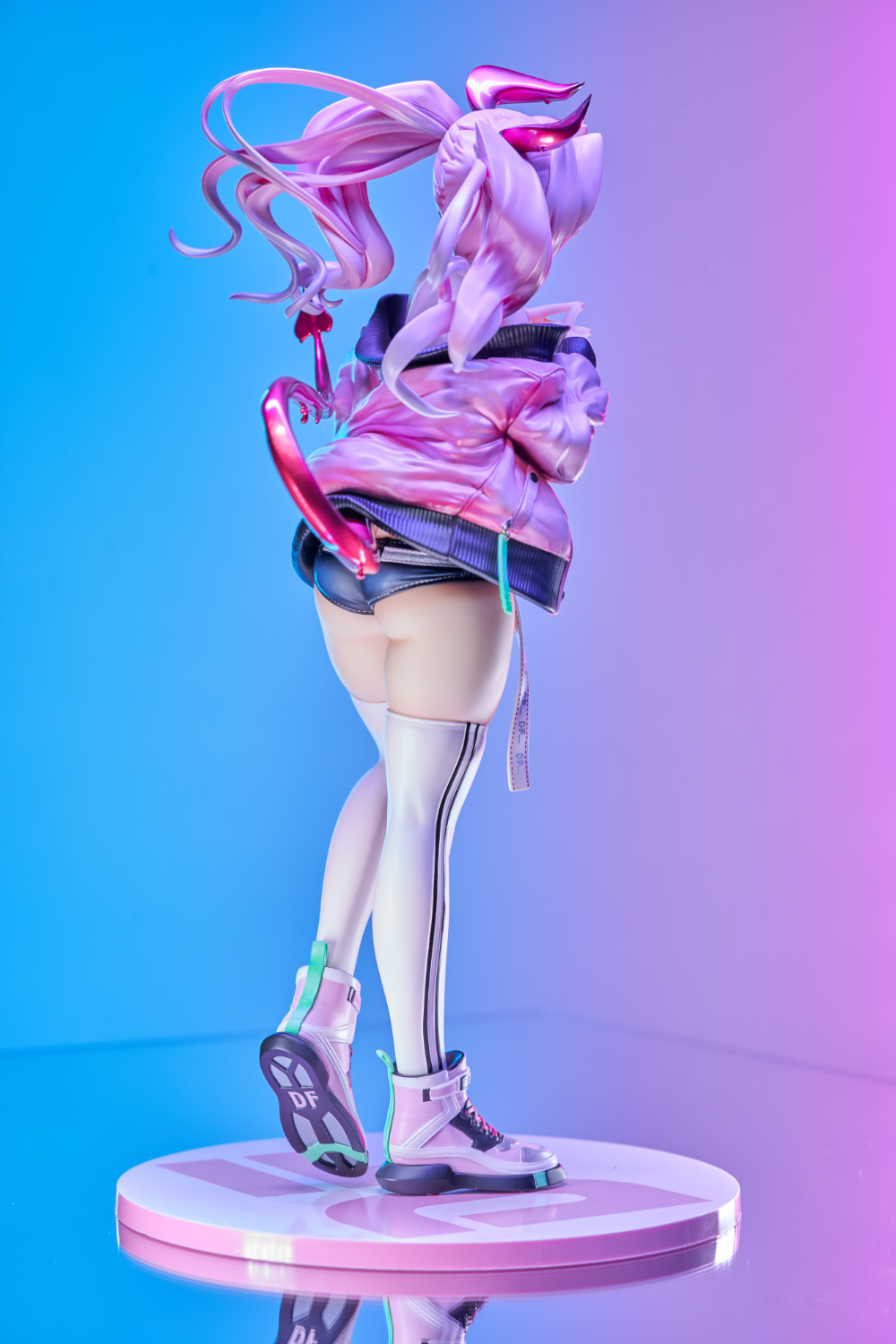 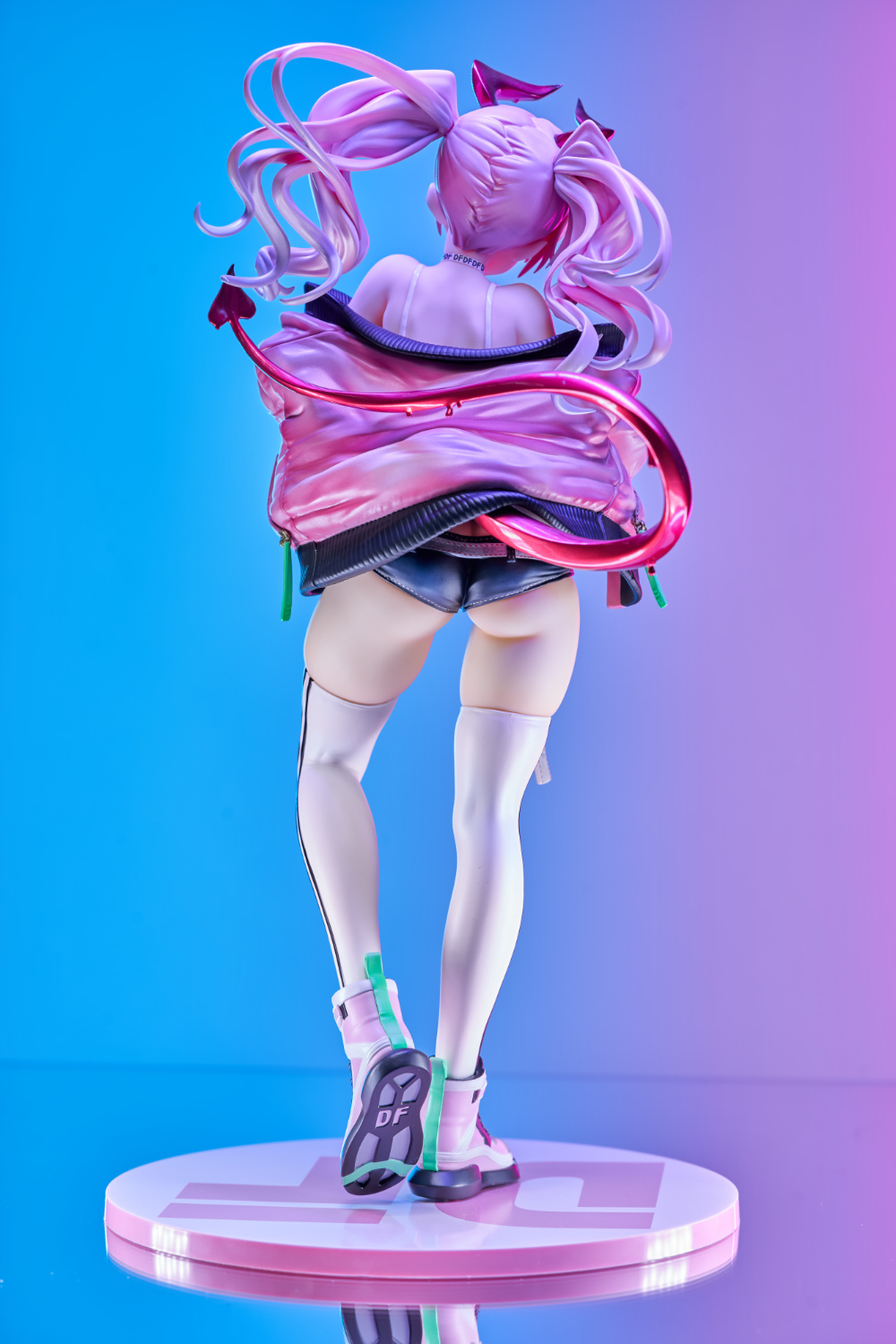 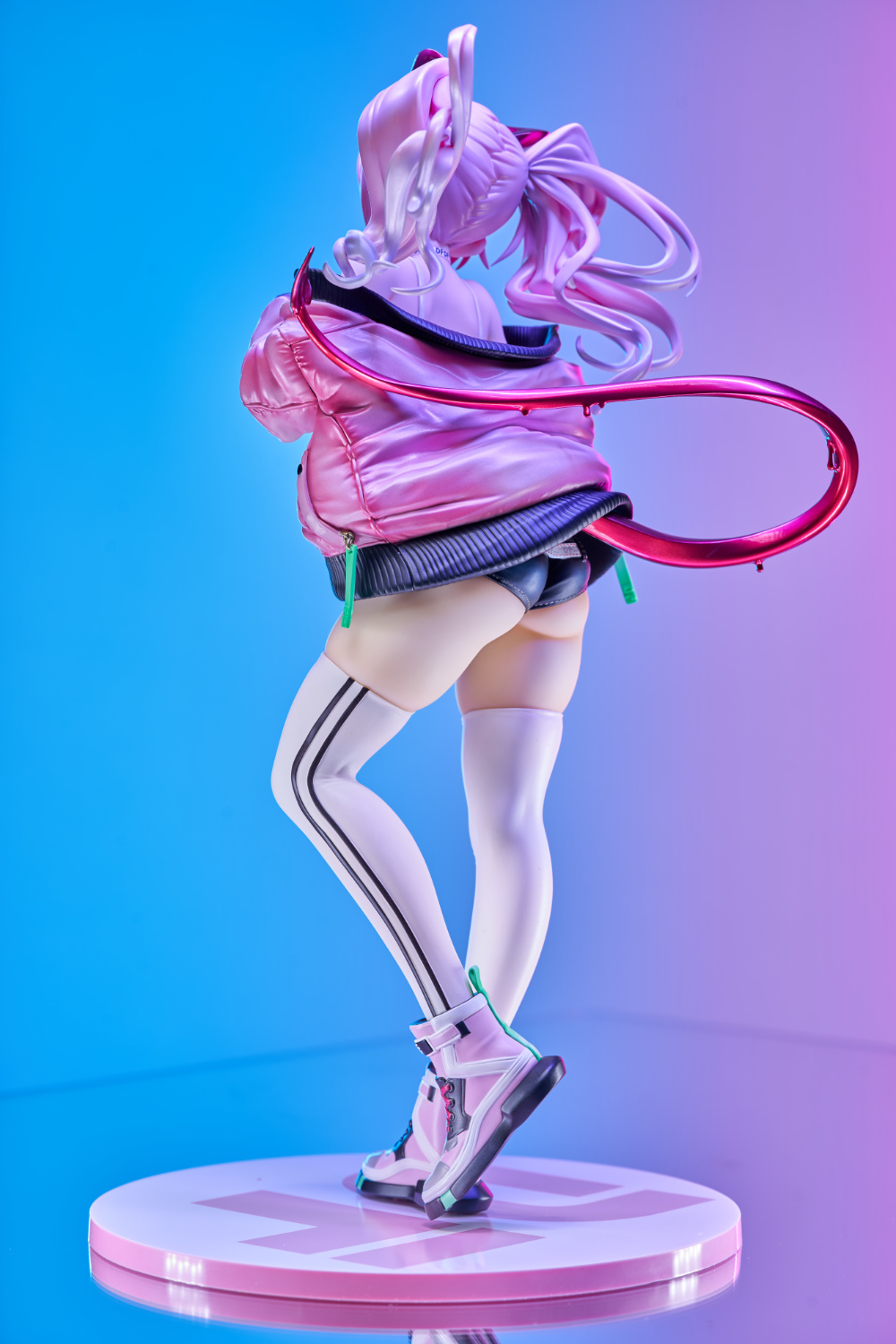 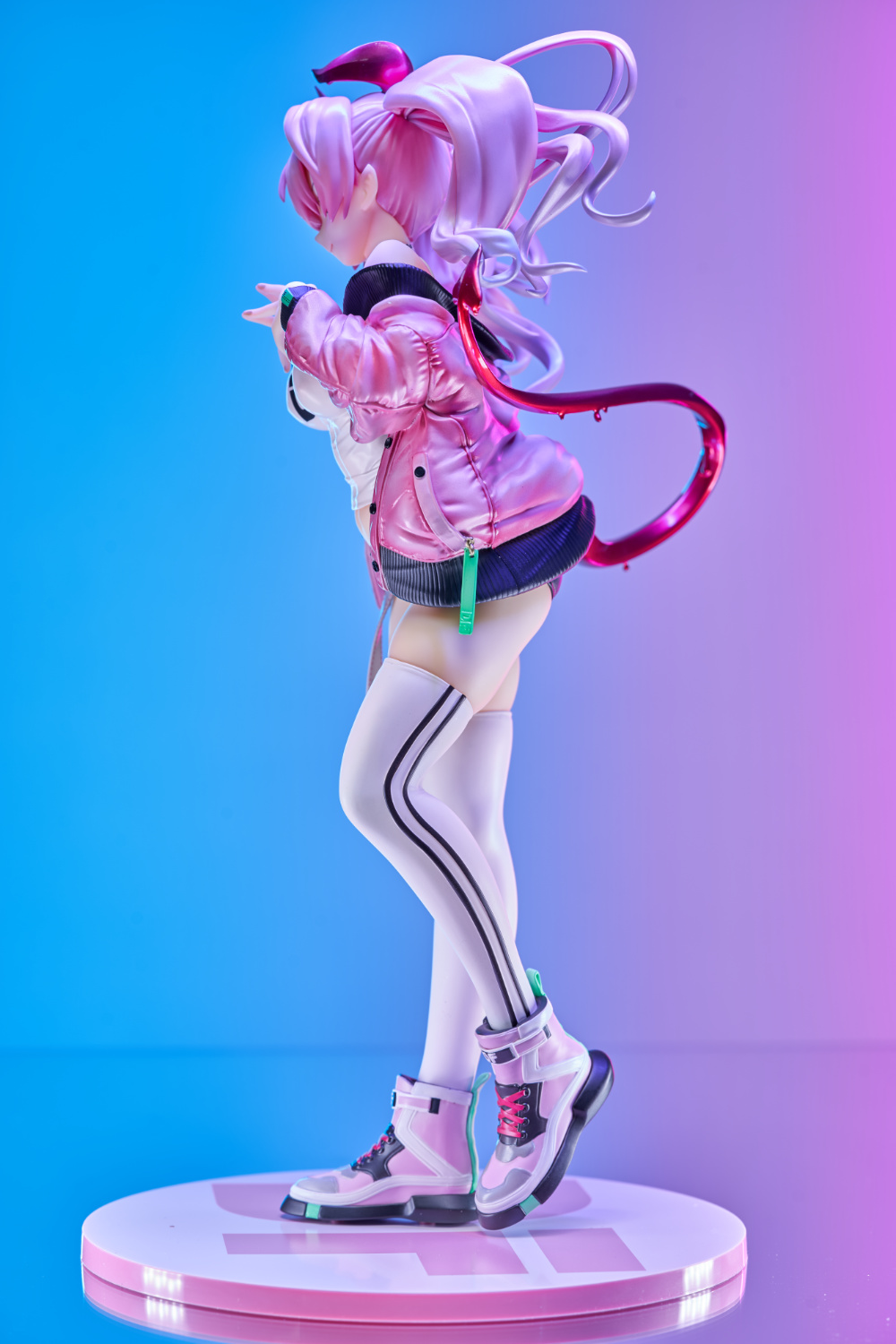 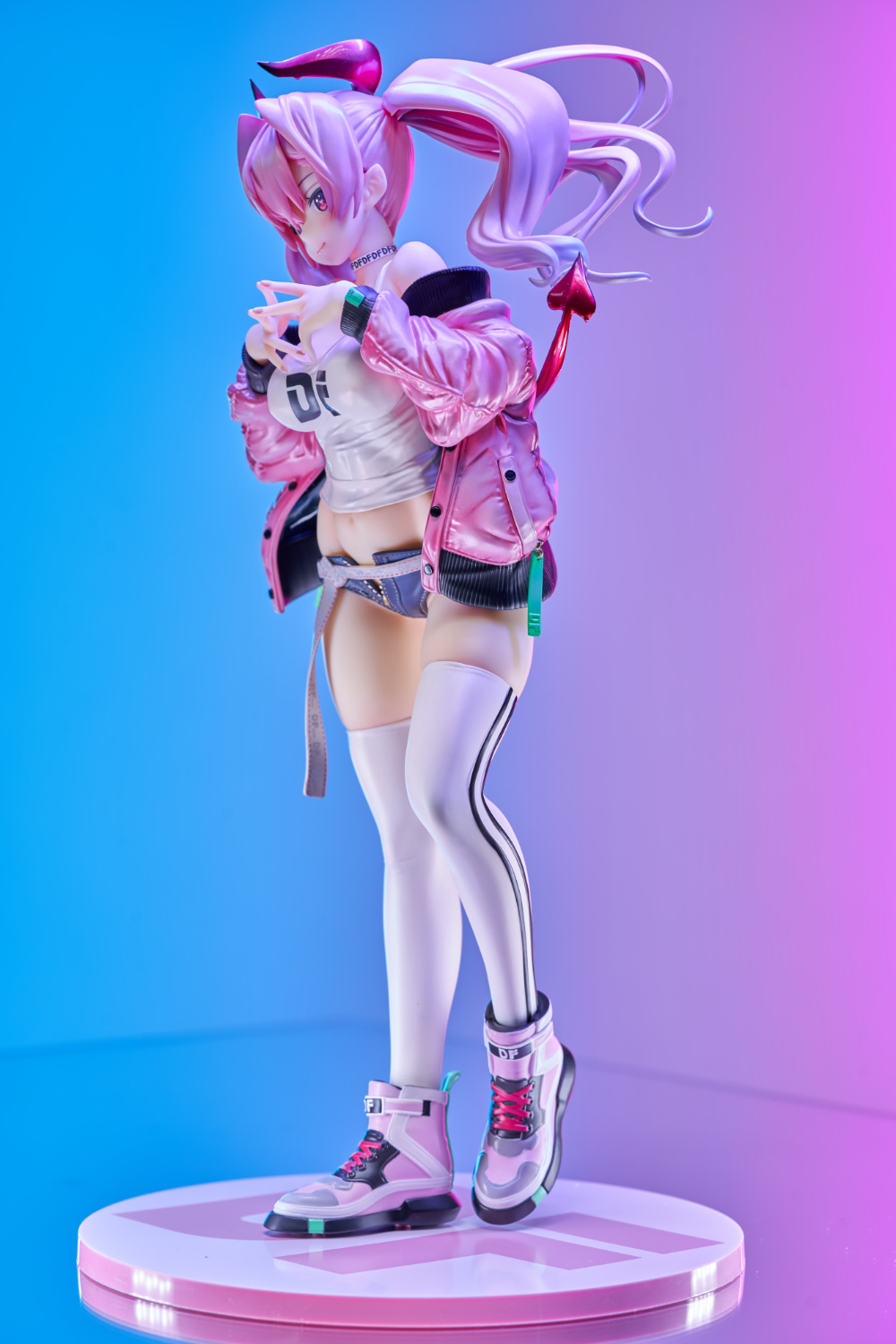 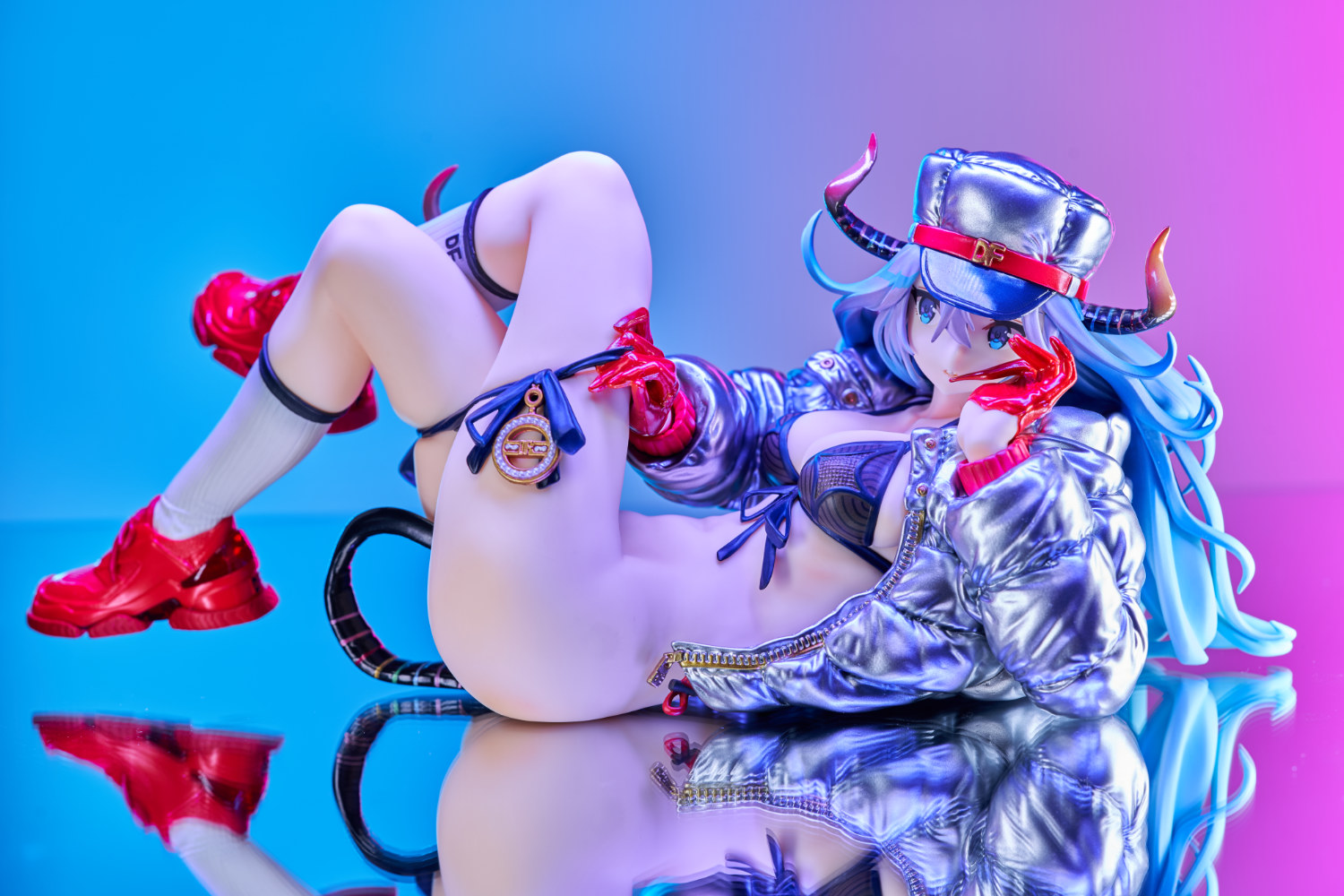 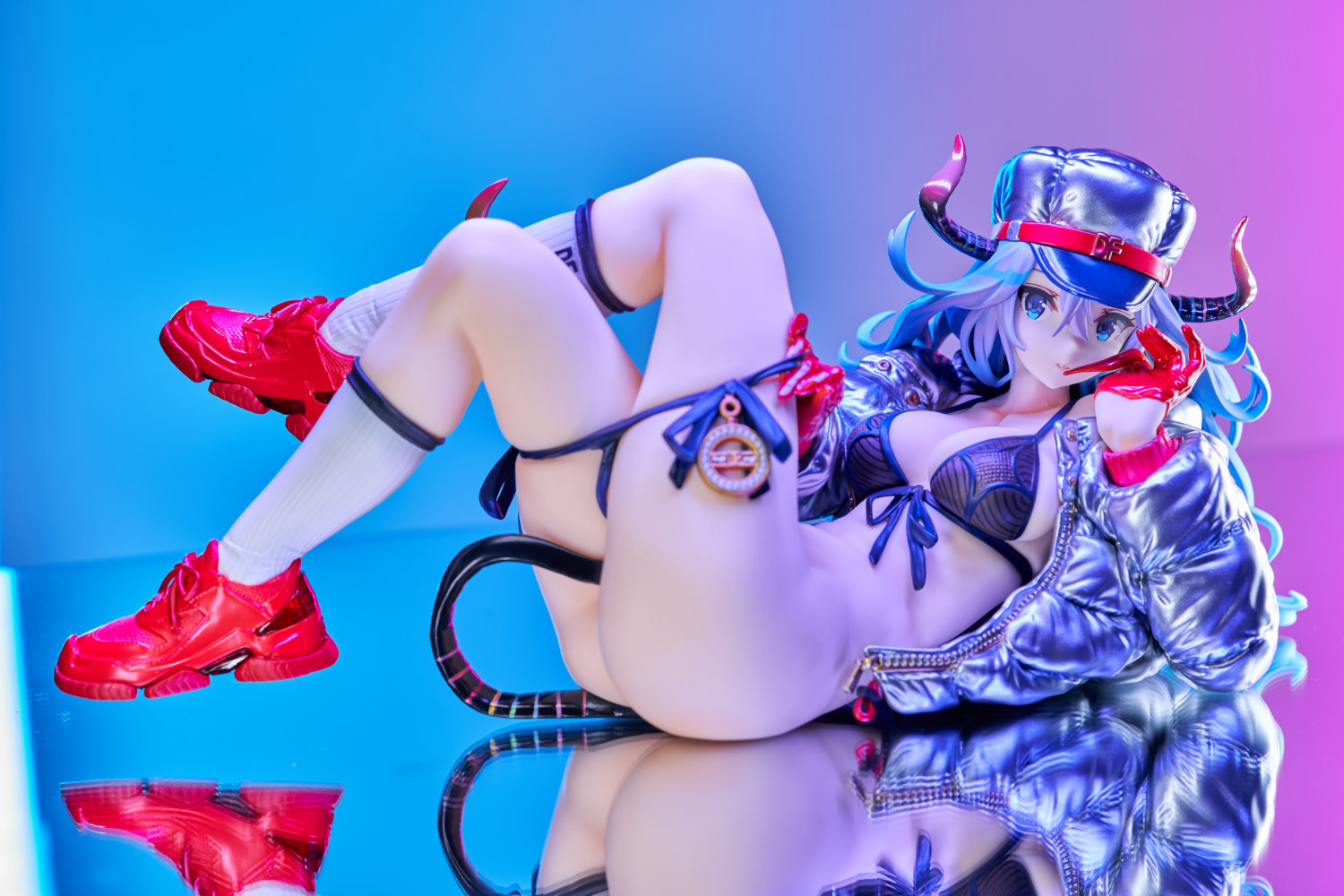 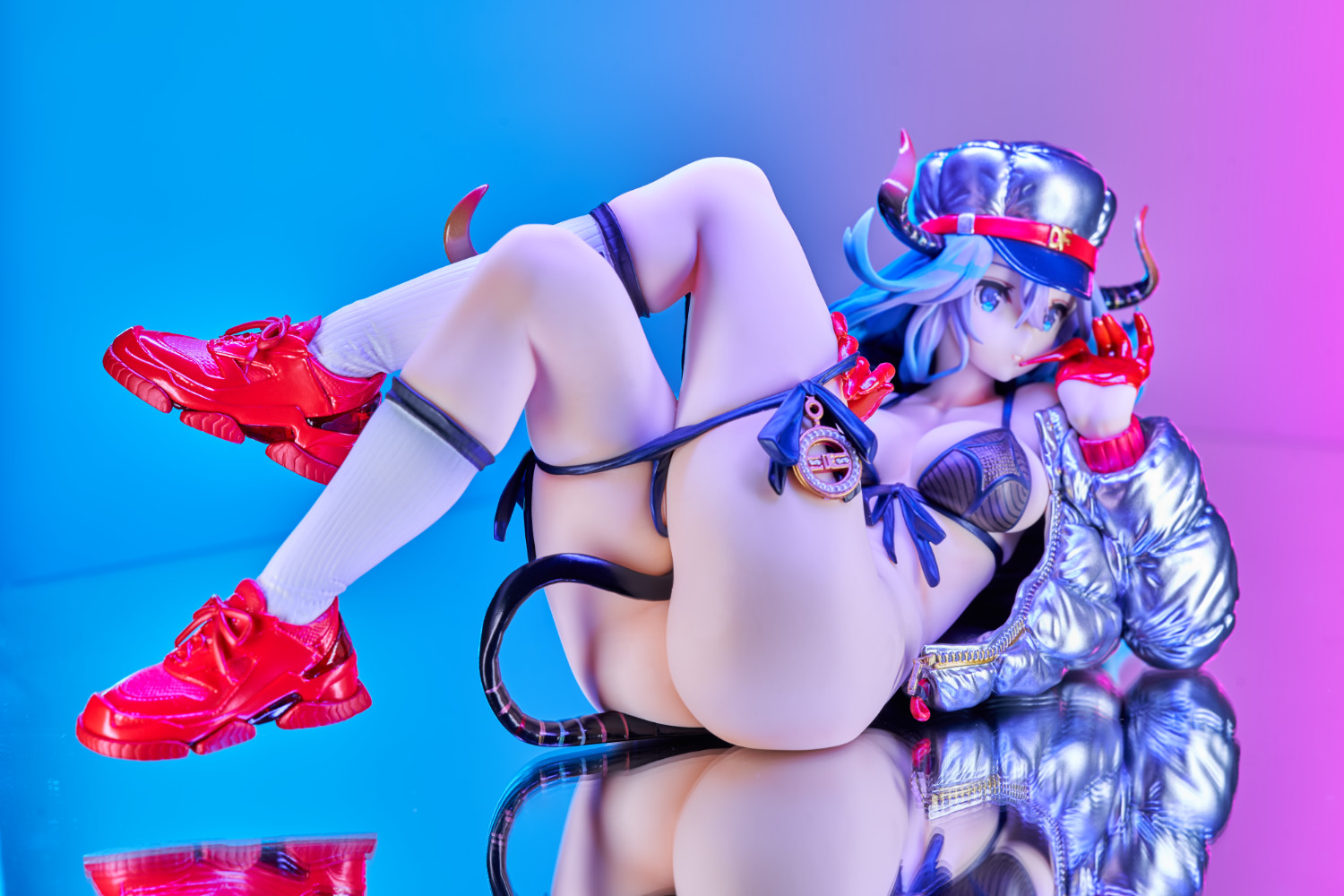 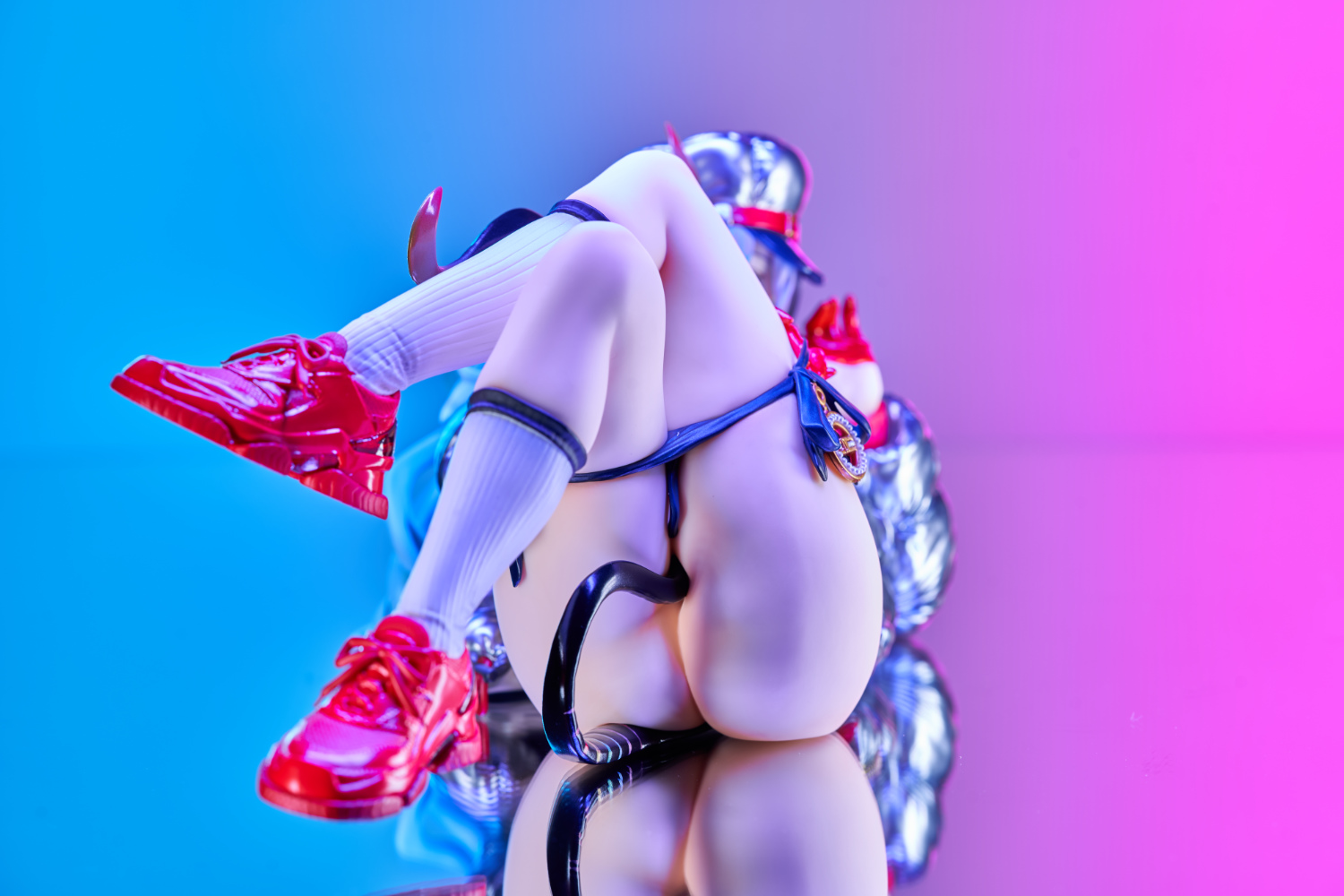 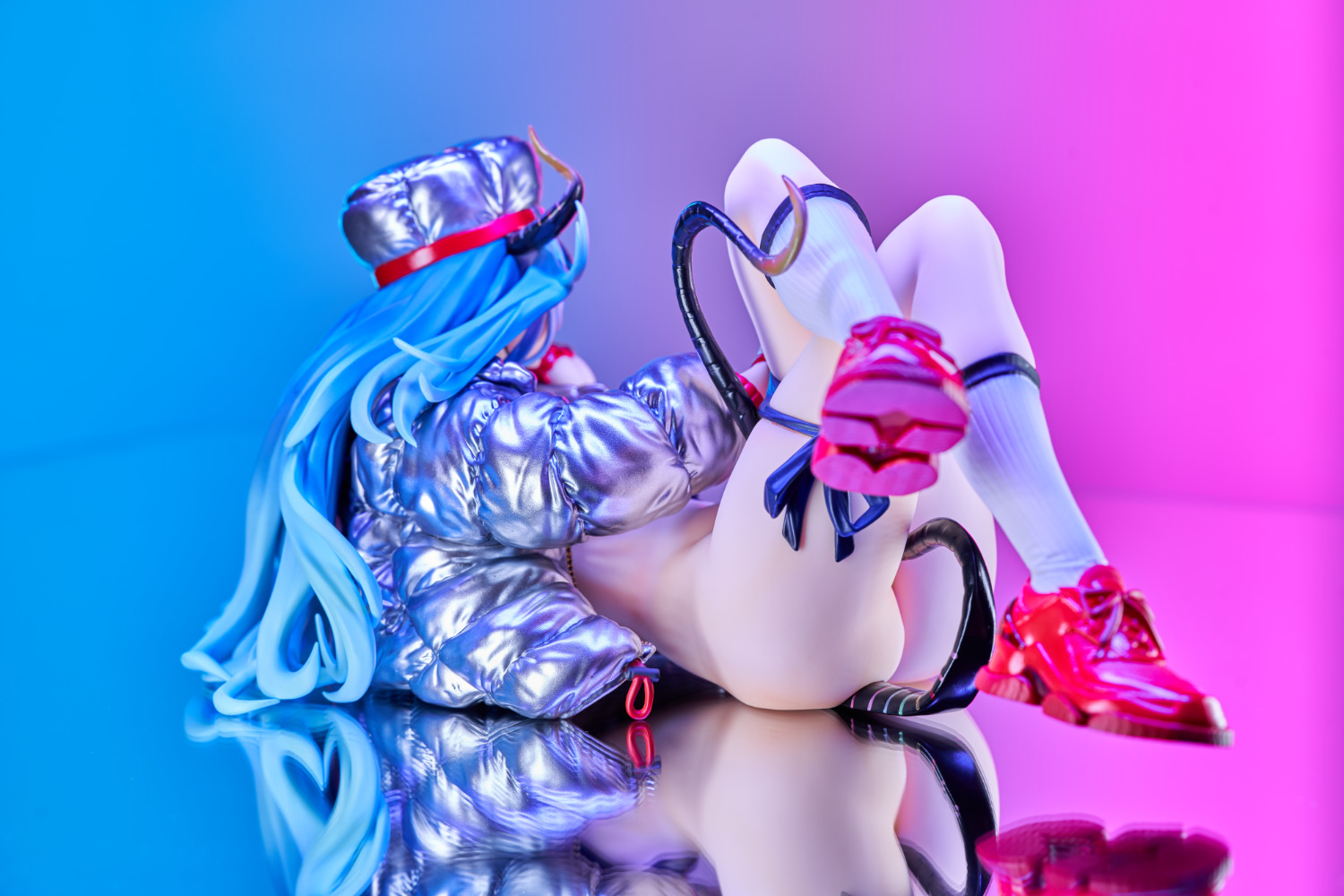 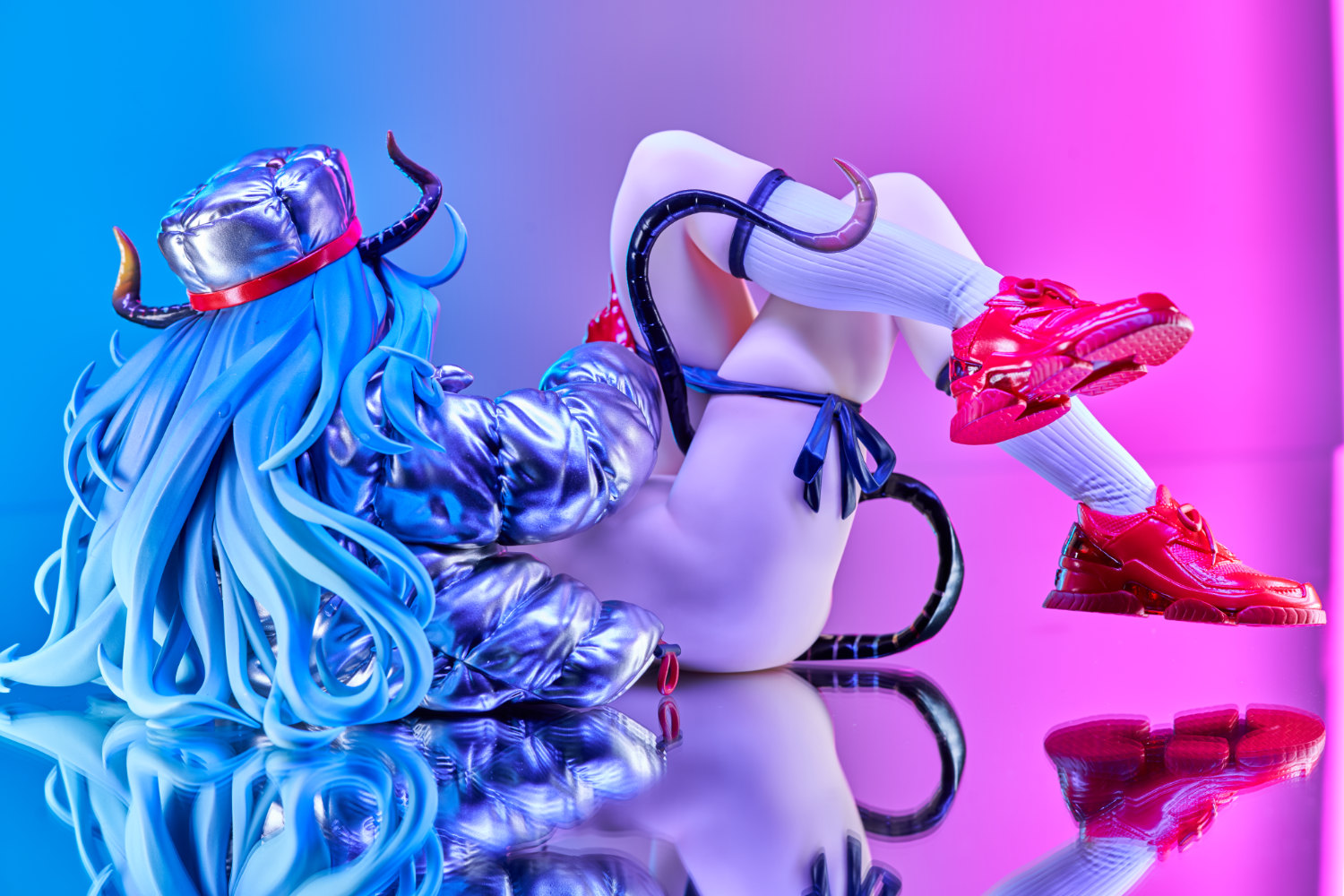 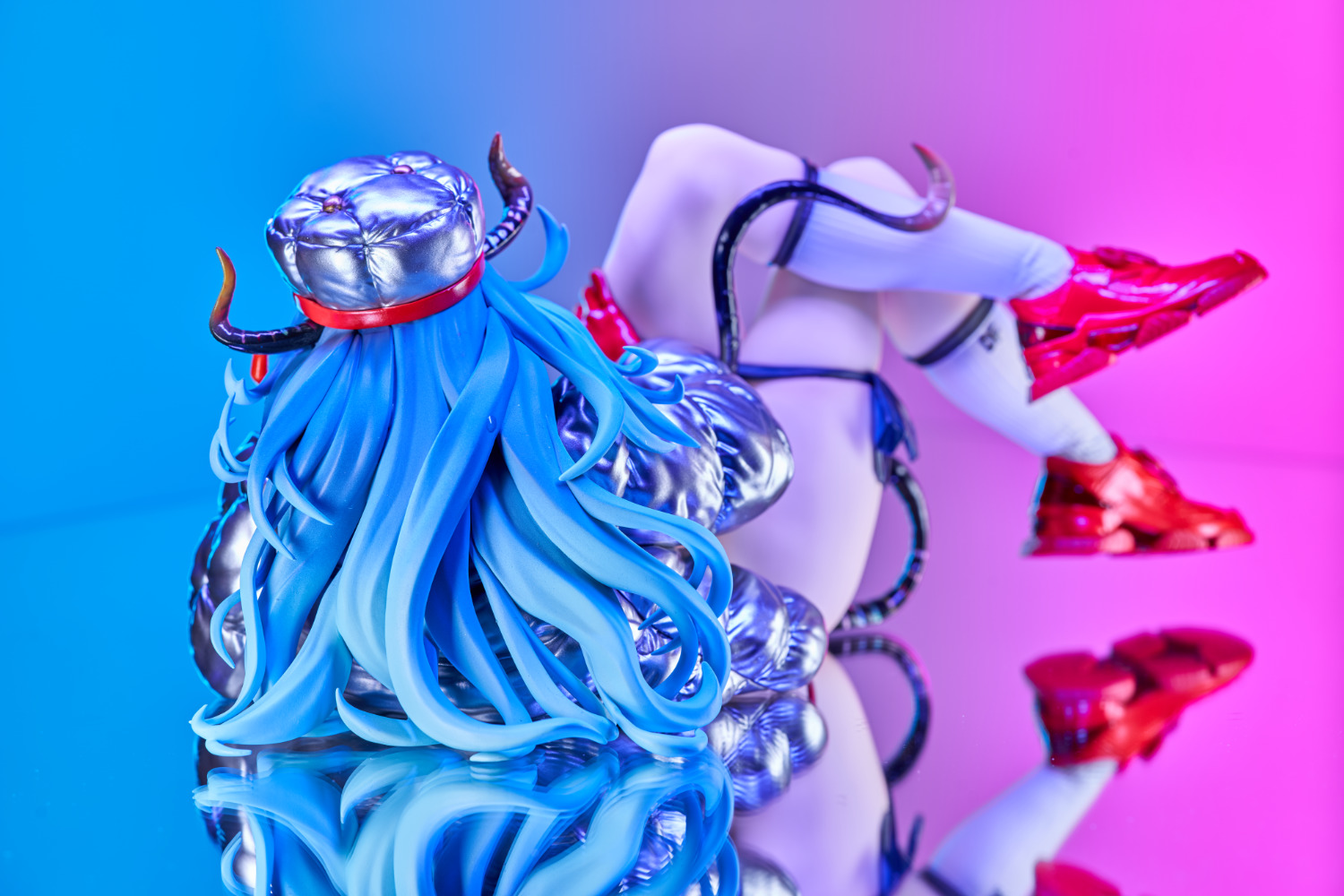 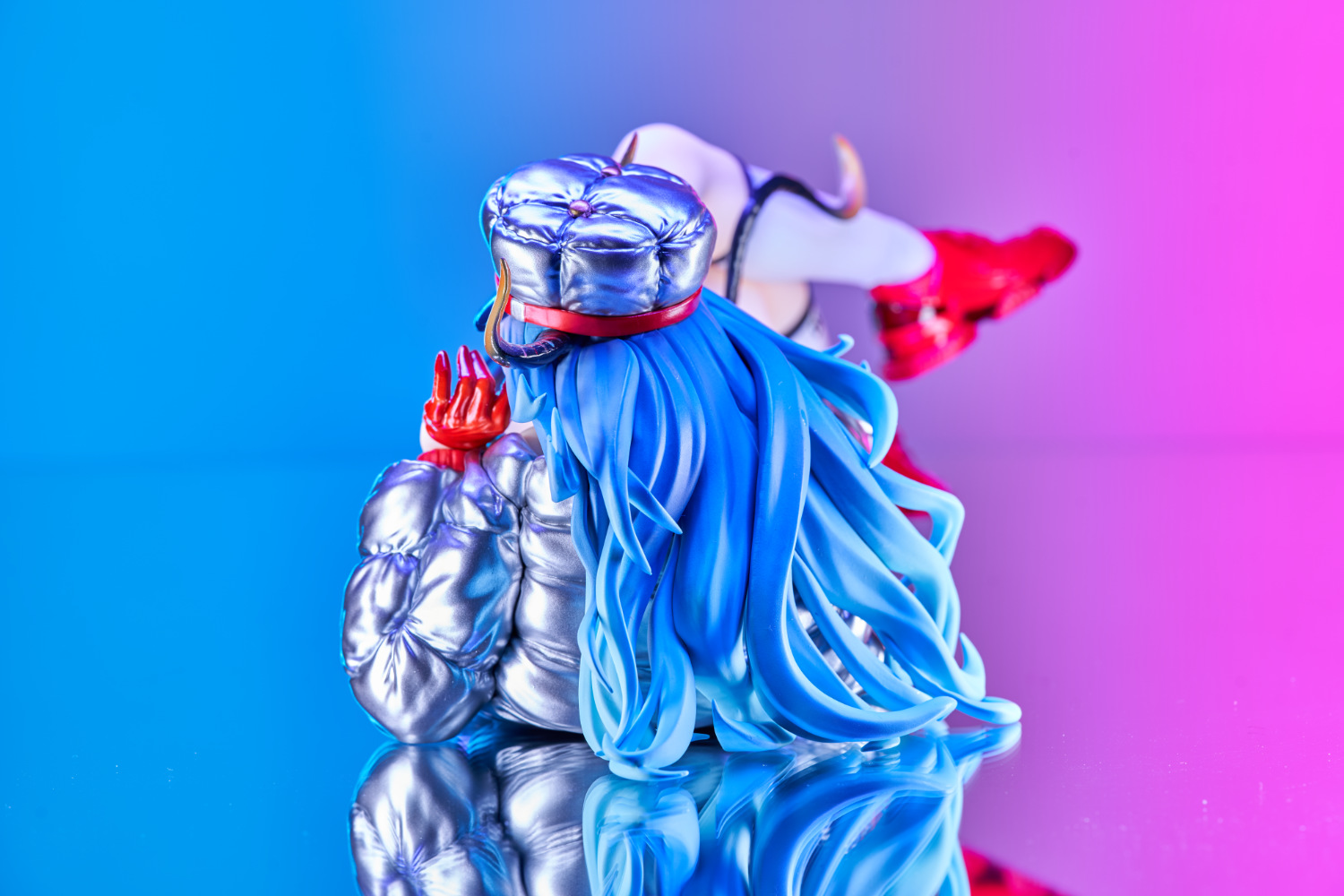 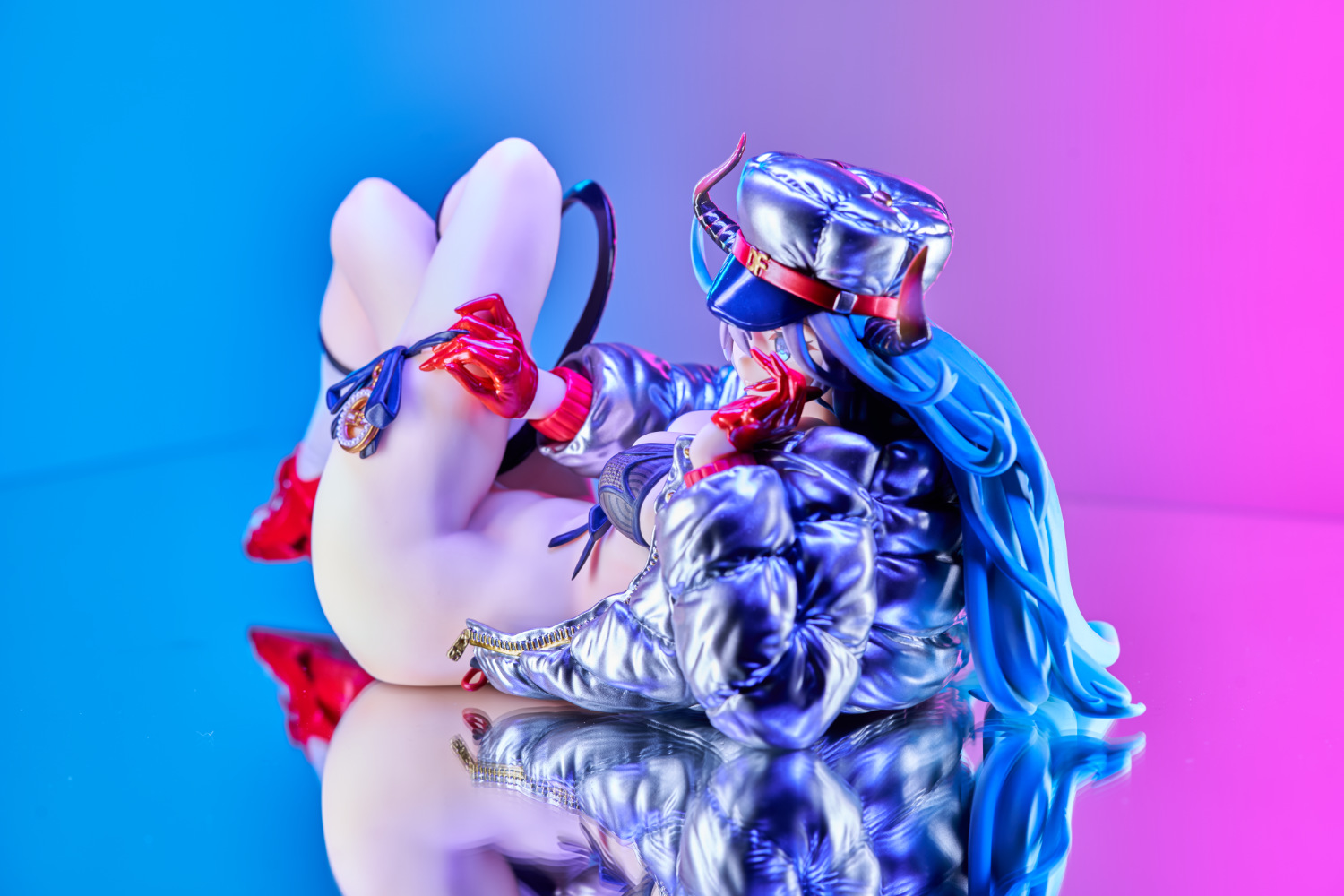 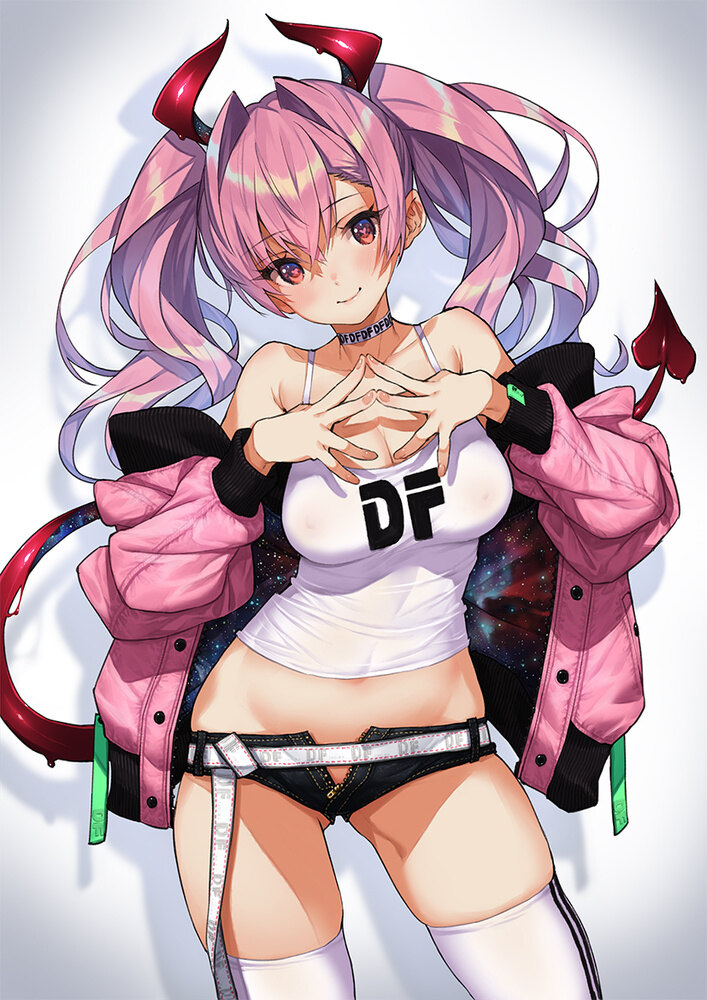 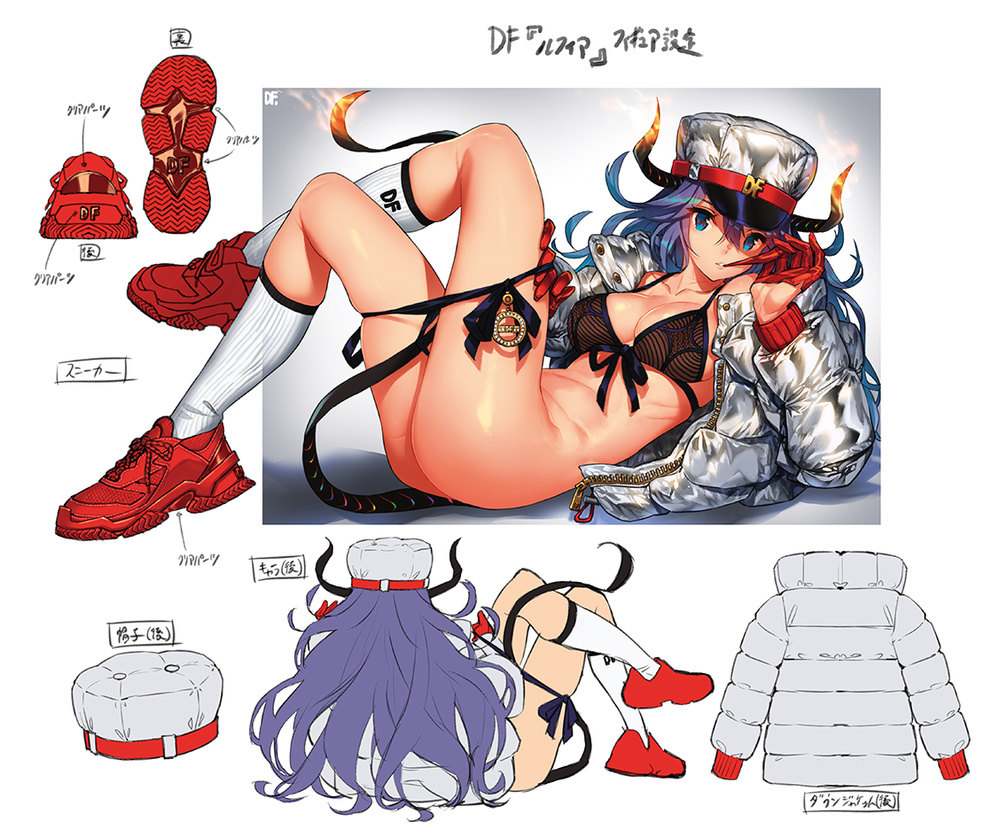